Ceramiche Mazzotti is a pottery in the little coastal town of Albissola Marina, about 30 km west of Genoa. One of many, because Albissola has a long and proud artistic ceramics tradition. Mazzotti, though, has one up on the others: a famous son who became a prime mover in Italian Futurism. Tullio Mazzotti, known as Tullio d’Albisola in the art world, was born at the turn of the last century, trained as a ceramist under his father and soon emerged as the most artistic of the artist-potters. At 25 he was already exhibiting his work at the Exposition des Arts Décoratifs et Industriels Modernes in Paris. By 1929 he was an established figure in the most influential avant-garde art movement of 20th-century Italy, alongside Filippo Tommaso Marinetti, Umberto Boccioni, Giacomo Balla and the rest.

Around 1930, he commissioned his friend and Futurist architect Nicolaj Diulgheroff to design a house-cum-workshop-cum-showroom in his home town. It was completed in 1934 and became a hotbed of radical artistic ideas not only among Futurists but right through to the 1960s.  Casa Mazzotti is the only example of residential Futurist architecture to survive in its original form: no extentions, no improvements. Today it houses the family business, plus an archive relating to Tullio d’Albisola – ceramist, sculptor, painter and poet – and to some of the frenzied activity that went on within its walls.

It’s still exactly as Diulgheroff planned it and saw it finished, with its geometric volumes distinct by function, its blend of right angles and rounded corners, its projections and abundance of metal railings, right down to the colours. Inside too, the stairwell and showroom are perfectly preserved, with present-day ceramic production displayed on Diulgheroff‘s fittings, for all to see.

In our project there is only “simplicity, logic, proportion, economy“; the rest is harmony and good taste 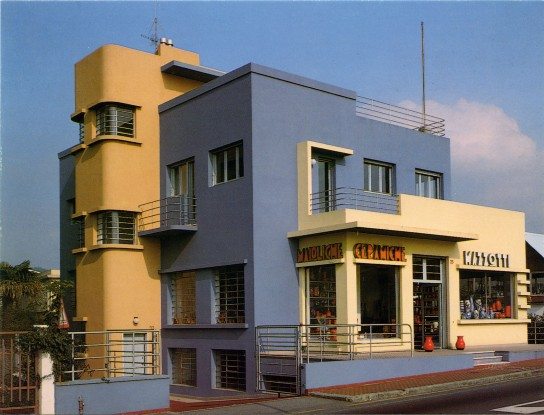 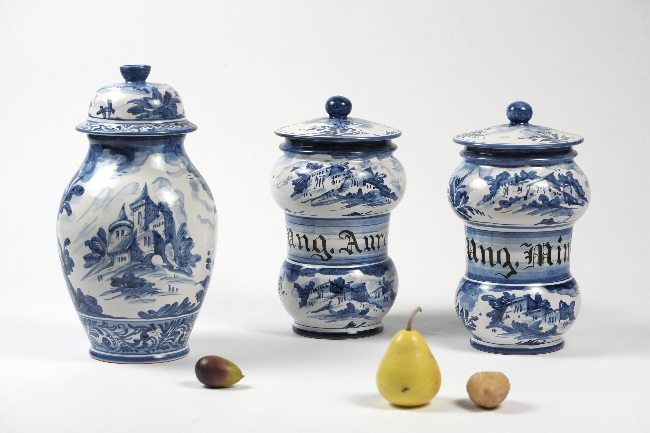