Vienna has its Sachertorte, Paris its macarons, Milan its panettone and Altamura its fior di mandorla. Yes, this is all about a cake, an almond cake, indeed the very highest expression of almond confections according to its name. And I wouldn’t argue with that, even in a part of the world – not just Apulia but practically the whole of southern Italy – where almond trees abound, sometimes deftly concealed within olive groves, and almonds feature large in all manner of pastries and desserts. An Alta Murgia fior di mandorla is made with ground almonds, eggs, wheat starch, butter, extra virgin olive oil and honey, usually flavoured with a little citrus zest and a dash of the local walnut liqueur. As cake design goes, it’s exquisitely minimalist: simply hemispherical and covered in bits of toasted almond. It’s moist, softly spongy and incomparably delicious.

The very best are to be found – my opinion, there are probably those who’d beg to differ – at humble Pasticceria Acquaviva, family-run bar, pastry shop and gelateria at the top end of Via Matera. Ask for a slice with your coffee. Not exactly Apulia’s first destination of choice, Altamura might even be said to have little else to recommend it – with all due respect. But if you’re in the area and into history and/or prehistory, you could take a look at an imposing cathedral on the main drag, learn all about a complete if calcite-encrusted Neanderthal skeleton known as Altamura Man, and see tens of thousands of fossilised dinosaur tracks just out of town. The geologocally inclined might even visit the pulo a few kilometres north. And before you leave, pick up a distinctive loaf of durum wheat bread to rival that of Matera (just 15 km down the road) – as well as a fior di mandorla to go. To conclude, a little disambiguation is perhaps in order. 1) Altamura is the town; the Alta Murgia is the area, part of a geological phenomenon and a national park. And 2) Sicily also has its fior di mandorla: there they’re little almond-paste confections covered in icing sugar. 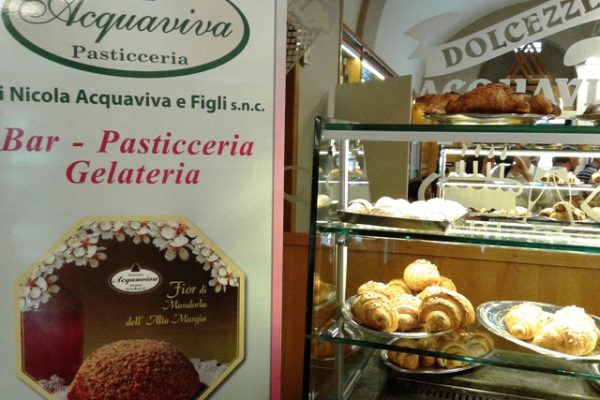 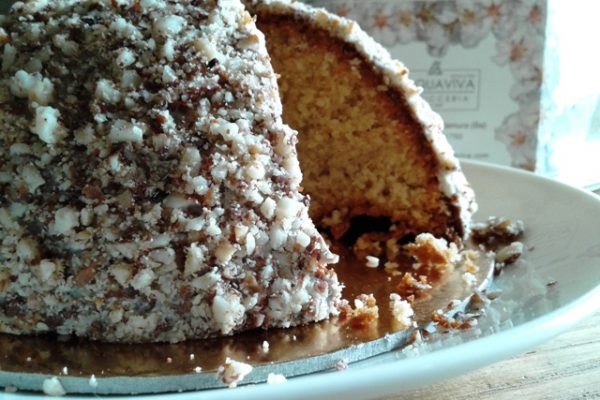 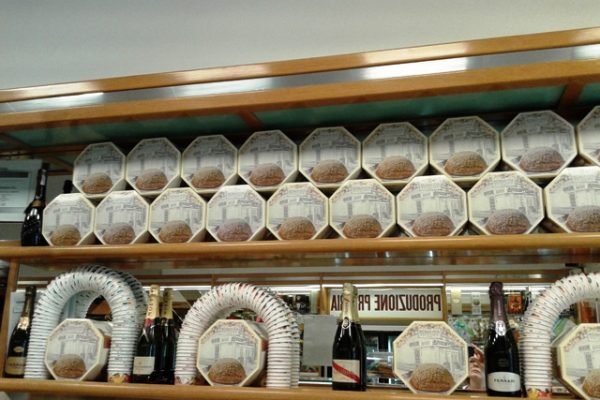