Picture a medieval village on a Ligurian hillside, in a landscape of gnarled olive trees and agave that inspired some of Monet‘s masterpieces during a protracted visit in 1884. Three years later a calamitous earthquake reduced much of it to rubble. Survivors eventually had to abandon their ruined hamlet as nature crept in.

And many years passed before Mario Giani, aka Clizia, a potter from Turin, stumbled on the place and was entranced. Along with painter Vanni Giuffrè, he founded an international community of artists and craftspeople there, strictly regulated by its own statute, and their dedicated restoration began in the early 1960s.

Today, under the bell tower of the old church which miraculously survived the quake, Bussana Vecchia is a composite work of art, an inhabited gallery of  the handiwork of numerous and diverse artists who’ve passed through and some who’ve settled here permanently, a collage of bohemian reclamation and ruins bedecked with climbing flora.

Studios and workshops are open on every street and lane and exhibitions and events abound. You can share a table with the artists at one of several eateries, delve into the village’s history at the museum, and even stay overnight in one of a few lodgings. The whole place is animated only by the inhabitants themselves, visitors, plantlife and legions of cats: traffic stops at the entrance to the village, just 8 km from San Remo. 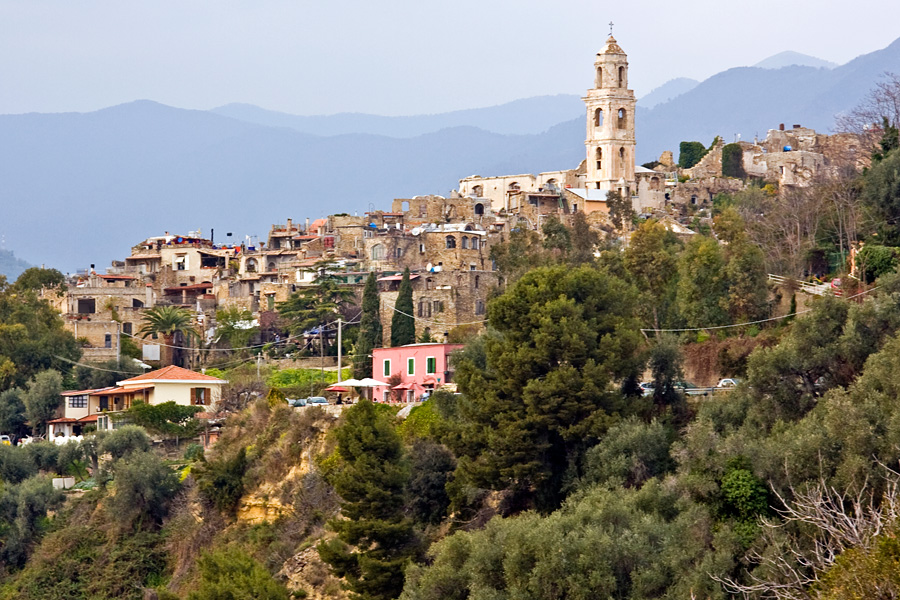 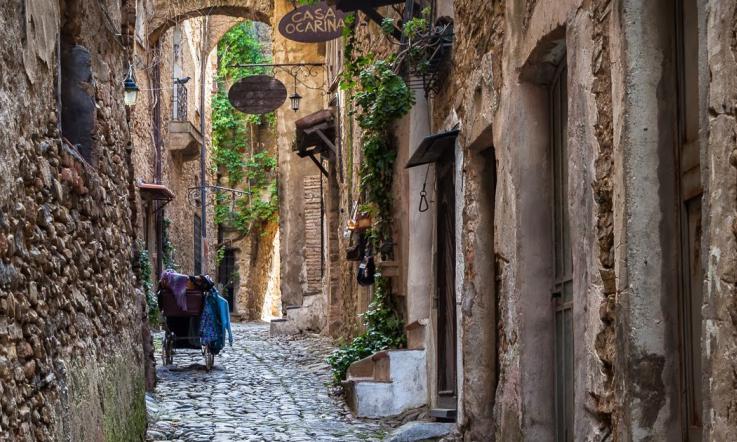