When Franco Maria Ricci finally left the helm of his extraordinary publishing house, he told the readers of FMR magazine, quoting Voltaire, ‘Laissez-moi cultiver mon jardin.’ And he has, spectacularly. What he’s created is a monumental maze, far and away the largest labyrinth on the globe. It covers 17.5 acres of land on his ancestral estate in Fontanellato, near Parma. Like every other endeavour accomplished by Franco Maria Ricci, the maze is a work of art, devised according to unexceptionable criteria and designed to aesthetic perfection. It’s symbolic of man’s journey through life, from ignorance to enlightenment, and the plan of overlapping squares retraces that of the star forts first drafted by Michelangelo to defend Florence.

The chosen medium is bamboo, 120,000 plants of diverse varieties – so some of the hedges grow to a height of 5 m – planted in a 300 m-sided square making for 3 km of pathways. The plantation is already well-established, while in their final phases are the two buildings, designed with the collaboration of local architect Pier Carlo Bontempi, which complete the opus: a visitors’ centre and a museum and library in unashamedly grand neoclassical style, built in Roman brick around ample courtyards to house Franco Maria Ricci‘s awesome collections.

More venerable than ever at 76 years of age, blue-blooded Franco Maria Ricci devoted himself to art and publishing in 1963 after a spell working in the oil industry. Editor, designer, scholar and art collector, his publishing house is known for supremely refined and limited editions and for the bimonthly art review FMR, which Jacqueline Kennedy referred to as ‘the most beautiful magazine in the world’. The maze and its cultural annexes will open to the public sometime later this year. They’re preceded by a magnificent volume, edited by Ricci but published by Rizzoli International, entitled Labyrinths – The Art of the Maze. 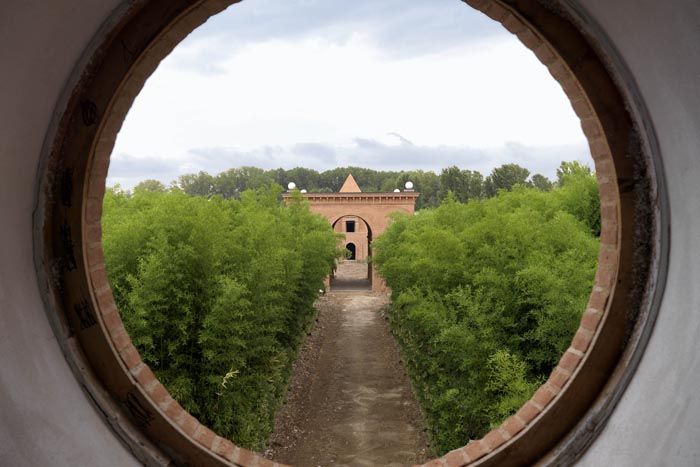 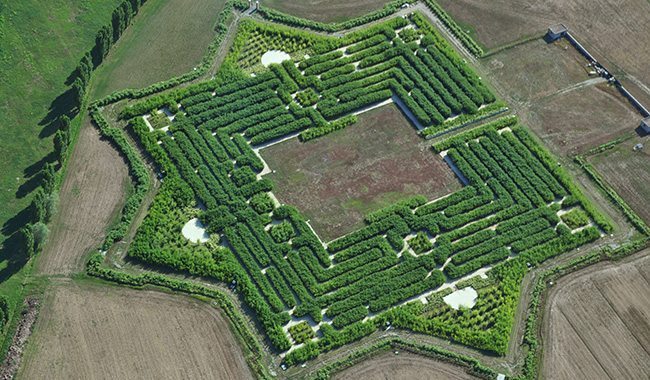 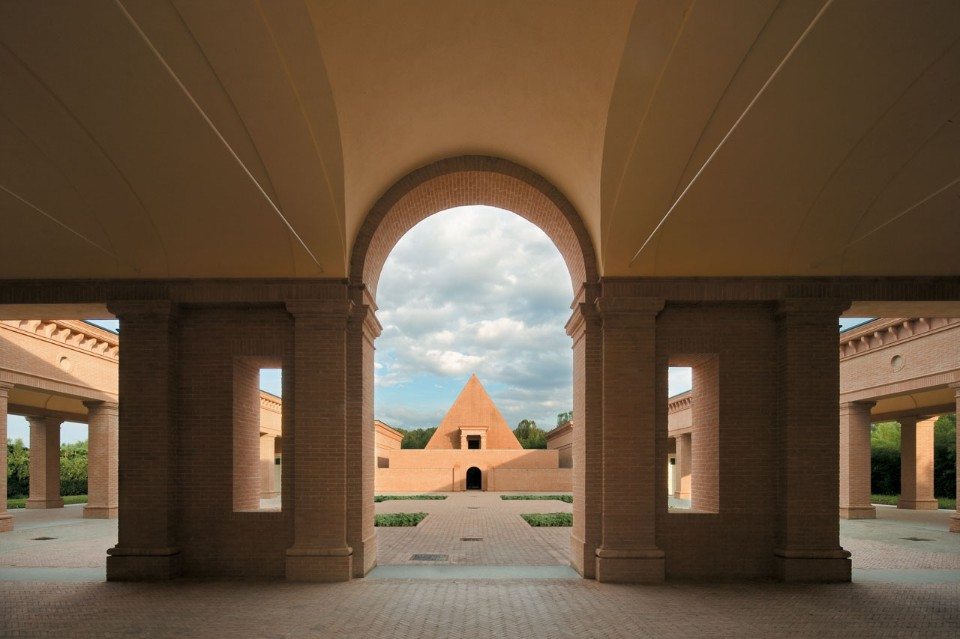 Naples | The Cherry on Top