Lake Iseo is under the spotlight. The least known of the Lombard lakes is about to be transformed by a work of art, an extraordinary work conceived by a couple of old hands at massive-scale, site-specific, outdoor installations: Christo and Jeanne-Claude. The Floating Piers project is a modular promenade system bobbing on the waves. It’s made of 200,000 high-density polyethylene cubes loosely covered – if not actually wrapped in this case – in gleaming yellow fabric, more than 70,000 square metres of it. It stretches, barely 35 centimetres above the water, from Sulzano on the mainland to the island of Monte Isola and from there on to and encircling the tiny island of San Paolo, a total of 3 kilometres, 16 metres wide. The fabric also covers 1.5 kilometres of pedestrian streets connecting the buoyant walkways.

Like many of the works of Christo and Jeanne-Claude it’s been an awfully long time in the making, since 1970 actually. So long that Jeanne-Claude didn’t live to see it accomplished: she died in 2009 and it was only in 2014 that Christo resumed the quest for a suitable body of water and the local go-ahead to create the Piers. It isn’t their first work in Italy, but it is a return after a long absence. They famously wrapped monuments in Spoleto, Milan and Rome in the late 1960s and early ’70s.

Like all of their environmental installations, The Floating Piers is a temporary work created independently for pure joy and beauty; when its time is up, all the materials are removed and professionally recycled. Again like all the others, it’s funded entirely by Christo himself, from the sale of original early works and his studies for the later larger ones. No vernissage, no opening ceremony, no charge. Christo walks the walk. You can follow in his footsteps on the waters of Lake Iseo – weather permitting –  from June 18th to July 3rd 2016. While the water, the wind and the sun experienced on the Piers are part and parcel of the desired effect, bear in mind they’re also designed to be seen from a distance: from the mountains and roads around the lake or from a boat. 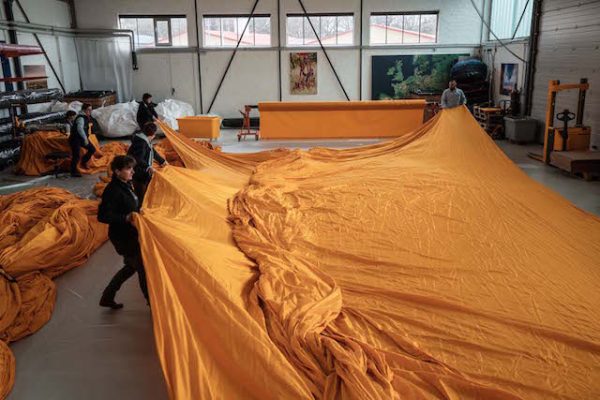 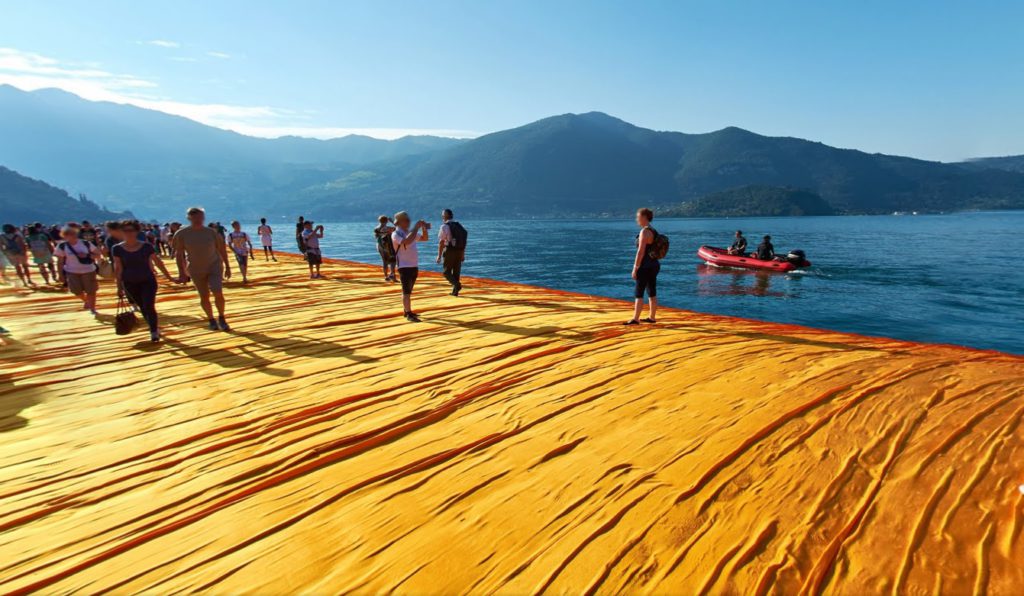 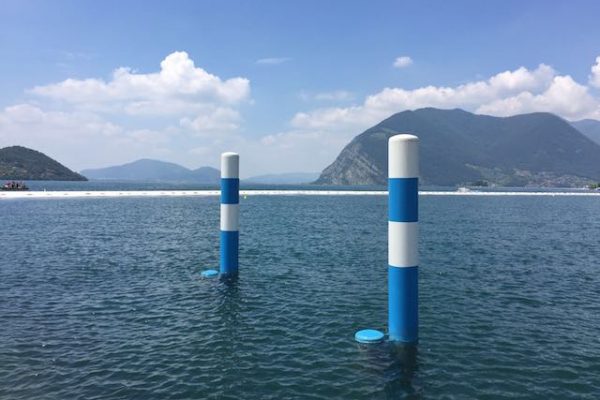