Probably the best pizza on earth is the one you’ll order at Starita, which is also everything you could possibly expect of a an authentic Neapolitan pizzeria. To start with, it’s family run, always has been, by the same family for the last 113 years (give or take a month or two). Don Antonio Starita, the present incumbent, follows in his father’s and grandfather’s footsteps and is admirably assisted by his wife Rosaria, daughter Filomena and son Giuseppe – along with about 20 other non-family members of staff.

Secondly, it’s in one of the diciest neighbourhoods you could stumble into in modern-day Naples, apparently: Materdei. I was left at the door by a taxi driver who warned me not to wander around on foot, even in daylight, and gave me his number to call in case of emergency. Thirdly, it starred in a film: The Gold of Naples (L’oro di Napoli), 1954, with a mercurial and seductive Sofia Loren selling pizzas from the door. And lastly, it’s unashamedly homely, just as it’s always been, an ambiance utterly lacking in refinement, a maze of rooms and corridors crammed with tables and hectic with the comings and goings of pizzas, fried-dough specialities and empty plates.

Hectic indeed, with 8 to 9 sittings per day over lunchtime and evenings – and that’s not counting the takeaways. Starita is cheap and service is fast: you do the waiting outside, in line for a free table, and they don’t take bookings. We waited 35 minutes for a lunch at teatime. Still, it’s the best. Now with a branch – a whole other story – in Midtown Manhattan (Don Antonio by Starita). 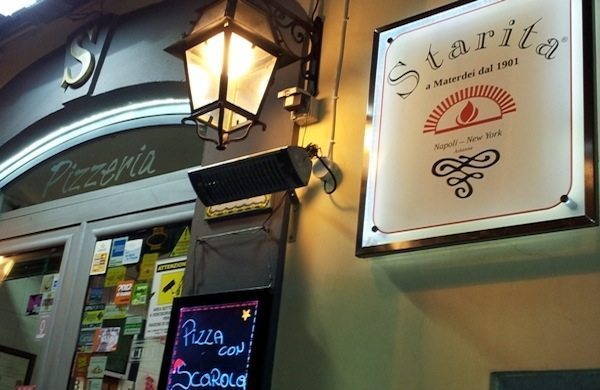 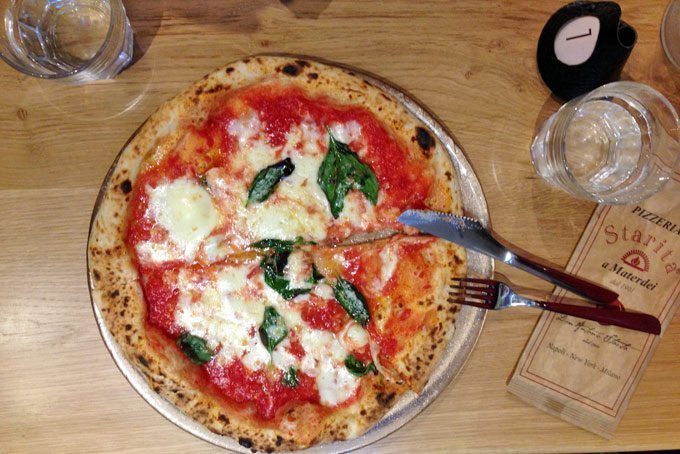