Anyone looking for boutique hospitality in the whitewashed hill towns of Apulia is likely already spoilt for choice, but here’s another outstanding candidate for top of the list. La Sommità indulges all the senses in its 15 design-furnished rooms, luxury spa and Michelin-starred restaurant. It nestles inside a historic complex in the oldest and highest part of dazzling Ostuni, with spectacular views over endless olive groves and down to the sea from a gorgeous terrace. Need I go on? Well ok, a bit more detail. Concealed behind a stately portal in the vicinity of the cathedral, and extending through a warren of 16th-century buildings linked by flights of steps, walkways and sundry charming nooks (in the manner of such mansions in these parts), La Sommità isn’t obviously a hotel from the outside, still less a swank 5-star establishment. But then that just makes it more exclusive.

Each room or suite is necessarily unique in its original structure and so also in the bespoke minimalist interiors. What they all have in common are the mellow, creamy tones of age-old masonry exposed, contemporary but natural stone flooring, pale wood and luxury linens. Deluxe rooms are just that while others have more fetching views or terraces; larger suites include a lounge area sometimes on a different level. One has the remains of an ancient fresco, another an original fireplace; some feel cave-like while the Master suite conserves its ached doorway. Bathrooms, then, are just as niftily fashioned in venerable spaces and beautifully appointed.

Ostuni itself is a jewel. Its traditional whitewashed houses fairly glow in the sunlight, a gem of a cathedral set in their midst. It abounds in cool bars and fine restaurants and lies just south of the Valle d’Itria and trulli-land, barely 8 kilometres from the closest Adriatic beaches and within easy reach of all the Salento promises. Follow a day out with some blissful pampering under the stone vaults of La Sommità’s spa and wellness centre. Gratification’s guaranteed by an abundance of treatments and massages using high-end products and the lights, sounds and fragrances of a polished ambiance, as well as highly professional staff who formulate a personalised programme for each guest. After which, why not just stay in-house for wine-tasting in the cellar bar or a sundowner on the hotel’s panoramic terrace? And/or dinner at Cielo restaurant: prize-winning Apulian cuisine in an artful combination of seasonal-traditional and creative-contemporary by emerging talent Andrea Cannalire, with tables outside in a lovely Spanish garden. La Sommità is Apulia in a stunning 5-star nutshell. 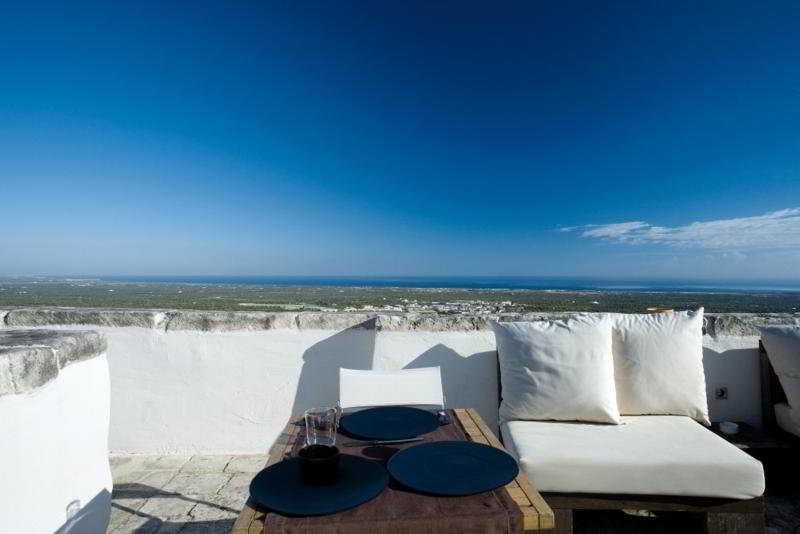 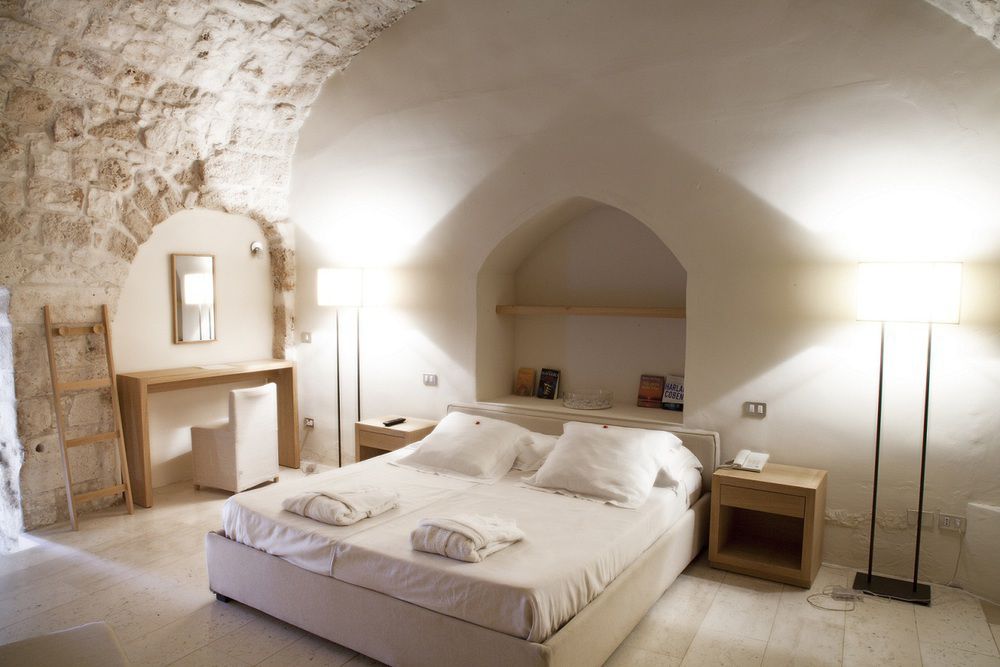 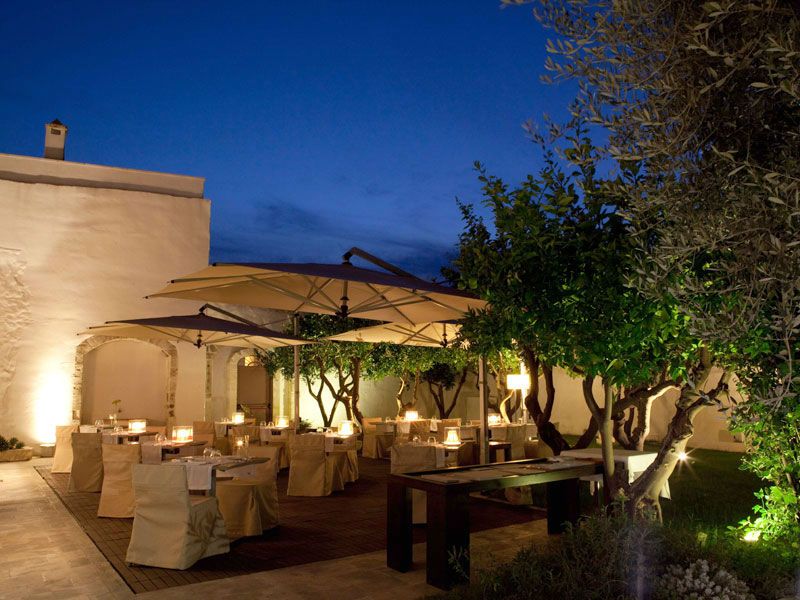