During a recent dash through Pisa, crammed with relics from just about any historical era you can think of but hardly famed as a travel-design destination, I discovered a brilliant Kandinsky exhibition and surprising Palazzo Blu which is hosting it. Part of a complex of buildings on Pisa‘s Lungarni – far lovelier than the banks of the Arno in Florence – dating back to the 900s and repeatedly destroyed, rebuilt and altered over the centuries, Palazzo Blu (formerly Palazzo Giuli Rosselmini Gualandi) was in a pretty sorry state when acquired, at the beginning of the new millenium, by a Foundation not long sprung from the local savings bank, the Cassa di Risparmio di Pisa.

The main building was carefully restored to former glory, under the watchful eye of municipal architect Mario Pasqualetti, to house a remarkable permanent collection of works of art in rooms with furnishings left by the last inhabitants, and given a fresh fresco-ing of the distinctive sky-blue colour it sported a couple of centuries previously.

The rest, stables and other bits added on over time, very dilapidated, got a more contemporary makeover. They became smart spaces for temporary exhibitions, auditorium, bookshop, café and restaurant. It’s all rather impressive for Pisa: just like a real modern big-city museum if on a smaller scale! Wassily Kandinsky – From Russia to Europe covers the period from 1901 to 1922 when the artist joined the Bauhaus, with 50-odd major works from Russian and other museums. Splendidly curated, it runs until February 3, 2013. This is the fourth big exhibition since the new spaces at Palazzo Blu became functional in late 2008. It follows in the wake of Chagall, Mirò and Picasso, if you please, which attracted 250,000 visitors over three years. 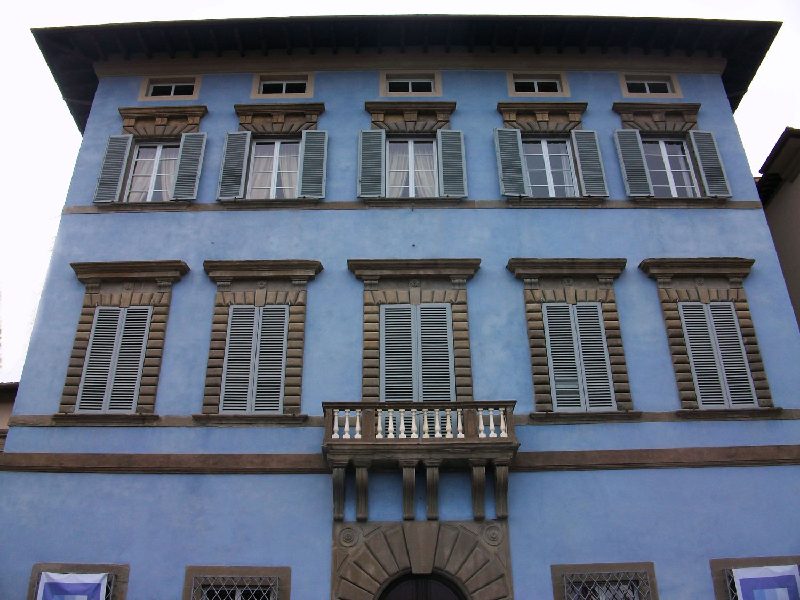 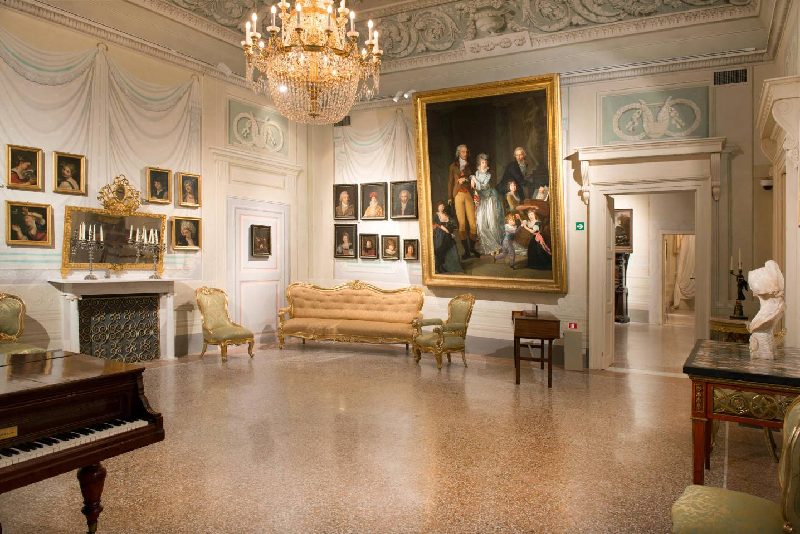