Winched up from the depths onto the recovery vessel come crate after crate packed with glistening bottles shedding their last drops of salty water onto the deck. Not some ancient cargo finally salvaged from the abyss: just a Ligurian winery’s 2010 sparkling wine, classic method! It is a well-known fact, among those who know about these things, that a good, complex sparkling wine has undergone secondary fermentation in the bottle under carefully controlled conditions. That’s the traditional method, and the right conditions are ordinarily found underground, in a common or garden cellar or such like.

Not so at Bisson Vini in Chiavari, where a few years ago Pierluigi Lugano and daughter Marta came up with the novel idea of trying the sea floor, more precisely 60m beneath the waves in the bay known as Cala degli Inglesi in the Portofino Marine Park. A new technique, where pressure was added to constant temperature and low light, and quite a distinction when it came to marketing the product… You can buy the barnacled Bisson bubbly with the pelagic perlage, aptly named Abissi, in their winery store or online. 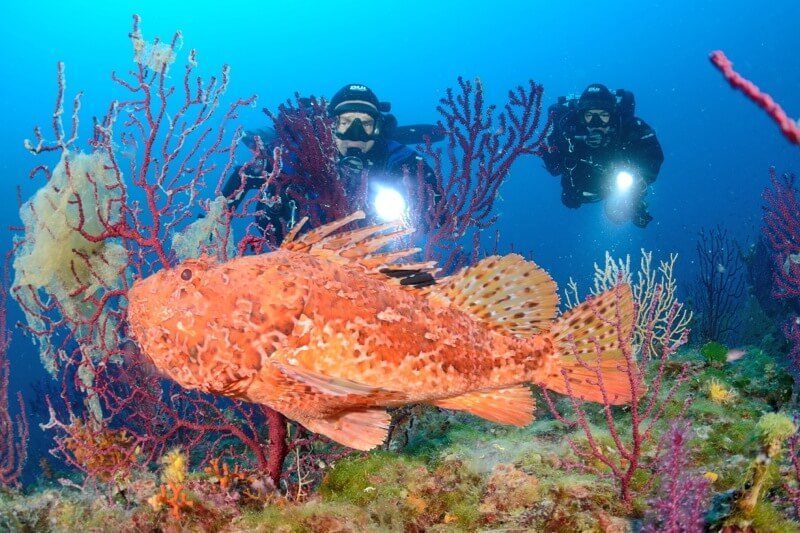 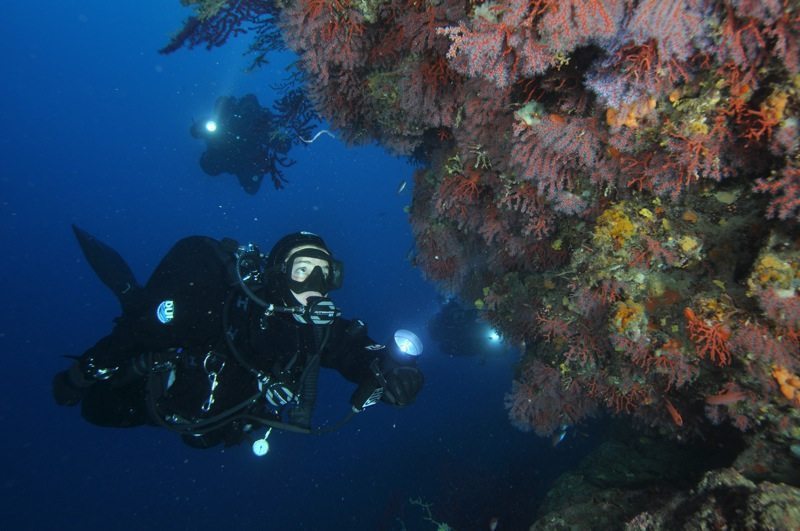