A new museum, a singular theme, a private collection: meet the Museo Fisogni, where petrol pumps are finally admitted to the noble order of industrial design.  An 18th-century country house in Tradate, between Varese and Milan, is now home to a museum of petroliana. Now that’s a new one on me, but it appears collecting old fuel dispensers, enamel signs, globes, oil cans, pourers and funnels and all the other paraphernalia of filling stations is a perfectly respectable hobby with dedicated clubs and websites. And Giudo Fisogni is a master collector, such that the array he’d assembled was already a Guinness World Record holder 15 years ago. There’s a story behind this, of course. Guido Fisogni’s business is construction and his speciality is building service stations. Sometime back in the early 1970s he saw an old petrol pump abandoned in a sand quarry. It was love at first sight; he had to take it home and look after it. Friends helped in sourcing more of the same, a craftsman was employed to restore the collectables, and soon there was a worthy display at the company HQ.

Now the whole collection, after 15 years in packing cases, is back in the limelight, scientifically ordered and exhibited with a wealth of historical information in a wing of the family home, renovated ad hoc. There are over 5000 pieces from all over the globe dating from 1892 to 1990, some of them unique. The museum belongs to Milan’s Triennale Design Museum network. Its exhibits are examined by students of design and history of technology, and lent out to cinema, television and advertising productions as props. A glossy coffee-table book of professional photos stands in lieu of the exhibition catalogue and is orderable online.  Museo Fisogni is open on Sunday and Monday mornings (9 to 12) and in the afternoon on Mondays too (2 to 6pm). Groups can book to be admitted at other times. It’s free unless you want to make a donation. If petroliana doesn’t already do it for you, try it this way. 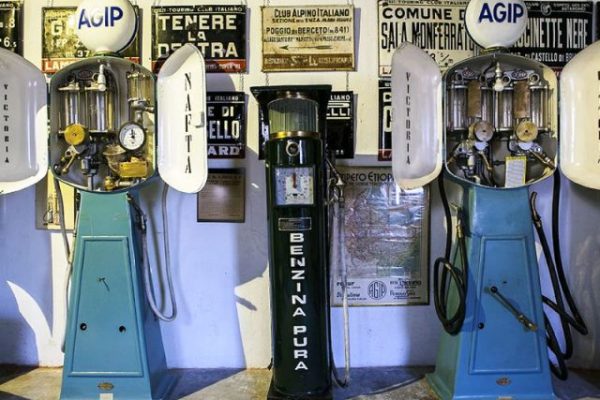 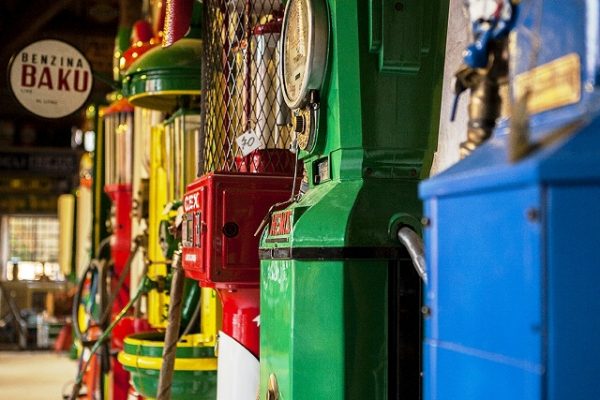 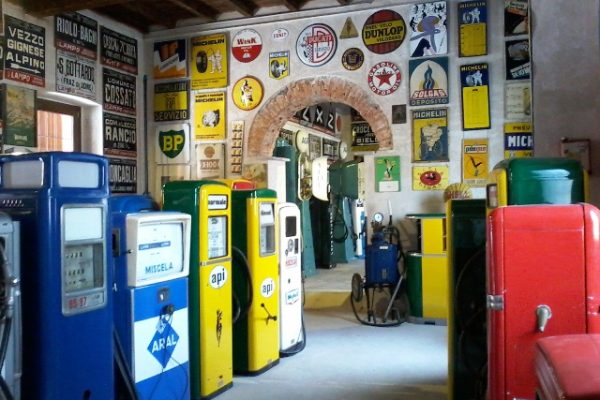