Thirty years ago, Paolo Parisi came across Le Macchie, a remote tumbledown farm in the Tuscan hinterland, and began the odyssey that brought him gastronomic guru status. Scrambling for the best part of a decade, he and partner Fabrizia earned the wherewithal, painstakingly renovated the farmhouse and reclaimed part of the land, and started the business, offering farm hospitality, home-grown food and horse-riding as they reared their first small herd of pigs.

Now Le Macchie is a model of excellence, a symbol of uncompromising quality. They rear the rare cinta senese breed of pig in the woods to produce superb cured meats, and Angus cattle on pasture for beef. Paolo Parisi‘s free-ranging Livornese hens are practically a legend in Italian gourmet circles, surpassed only by their own eggs. And then there are goats, raised for their milk, which is one of the dietary supplements fed to the hens and perhaps the secret of the acclaimed Paolo Parisi eggs…

I realized that I could comply with nature rather than exploit it, maybe lending a hand now and again to perfect its work

For Paolo Parisi definitely has that glimmer of wizardry, or at any rate eccentricity, that marks the true guru. He dropped out of university, travelled in Africa with a camera and finally settled to the task of selling medical equipment before stumbling on the scintilla that rekindled profound longings, all to do with nature, animals, hands-on creativity. Paolo Parisi, you’ll have gathered, is quite a character and something of a philosopher, one of a rare breed himself, with the pig-headedness to defy the odds and make a dream come true.

Produce from Le Macchie finds its way into first-class restaurants (including Combal Zero) and select stores up and down the peninsula – see the list on Paolo’s site. If you’re interested in ordering direct from the farm, ask at the numbers or email address below. But the best place to try it is at Le Macchie itself, where Fabrizia excels in the kitchen and, if you can stay around to explore an unsung but no less lovely part of Tuscany, there are three holiday apartments with all kinds of services and a pool on the hillside. 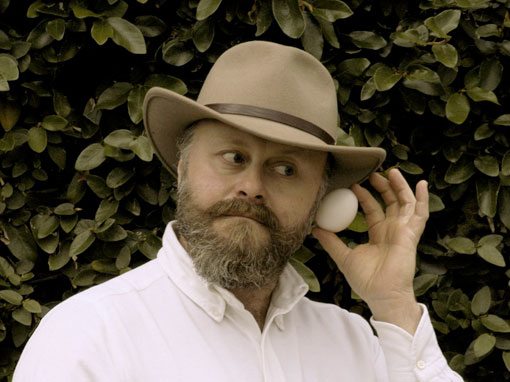