È Cucina is a restaurant with another name, without which you only know the half of it. That name is Cesare Marretti: chef, restaurateur, designer and campaigner for healthy eating (and an active lifestyle) all rolled into one patently eccentric figure. Before settling in Bologna, he’d collected experiences around the globe and refined a distinctive concept. It’s all about simplicity, appreciating the inherent qualities of even modest foodstuffs, preparing them simply, rapidly, apparently artlessly, and serving them in uncommon, sometimes ironic combinations. Part and parcel of this is the selection of prime quality raw materials, and a Marretti idée fixe is that every dish should include vegtables and/or fruit. He takes desserts very seriously too. You get well-presented food on your plate rather than a work of art, but art and design of an exuberant, unpretentious stripe are a trademark of the restaurants themselves, guaranteed to make you smile. È Cucina, to sum up plainly, is lively and fun; the food’s good and healthy and, believe it or not, low-cost.

One way of keeping things simple is the set-price menus depending on how many courses you can take, but always with a choice of meat, fish or vegetarian. Lunch moves quickly with drinks and coffee included, as befits working folk in a hurry, while dinner is more polished and leisurely. È Cucina Leopardi in Bologna is in the centre of town but modestly located away from the main drags, in ex-industrial premises just off Via Marconi. Crockery lines the walls and hangs from the ceiling along with sundry cutlery in gay abandon. Bicycles are another theme. The kitchen is open and bustling with activity, and shelving piled with boxes of fruit and veg forms the séparé between the entrance and the main dining area. It’s delightful. There’s another Cesare Marretti place in Bologna, called È Cucina 24, in practice the eatery of 4 Viale Masini Design Hotel. There you get breakfasts and bar meals as well as lunches and dinners in a slightly different format but still at bargain rates (for my two cents, though, it can’t compare for ambience). Last summer there was even a temporary È Cucina in the park, the Parco della Montagnola: al fresco dining to the strains of Jazz in the Park. And both Rome and Turin can boast an È Cucina too. But don’t be influenced by its second name, or the brand: just try È Cucina in Via Leopardi (all the photos were taken there) and see if it doesn’t make you happy. 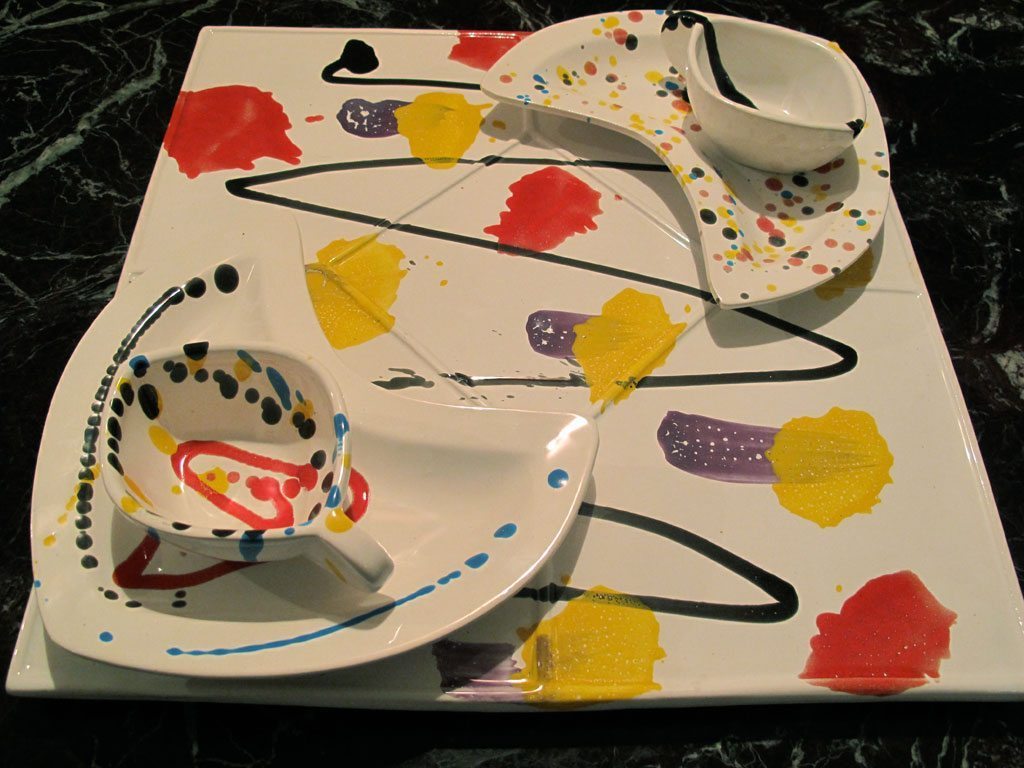 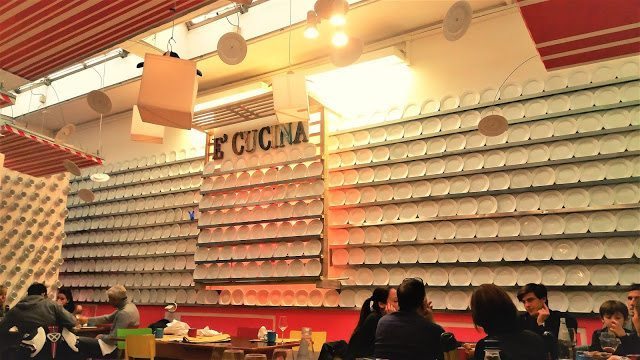