Osteria del Sole is an off-beat bar that’s been open for generations, since 1465 they assure us, tucked away in an alley in the historic centre of town, a stone’s throw from Piazza Maggiore. It’s understated, to say the least, with nothing to indicate you’re at the right place but a tissue-box-sized sign with the word VINO above the door. And Vino is what the place is all about, seeing it’s the only thing for sale.

A favourite with the the underground scene in Bologna, this is an osteria-non-osteria, as there’s no kitchen or menu. Couples, groups of friends and whole parties bring in packed lunches, huge tupperwares full of pasta salad and DIY doggy bags, all to be eaten in the most convivial of atmospheres and among one of the most heterogenous crowds I’ve come across in a while. It’s a place where people from all walks of life rub shoulders: where the Bologna bene – the upper crust – drinks alongside radical left-wing students and city centre office workers; where there’s always something to celebrate.

This is where I came to hang out after a day of brainstorming with Stefano Ceci and Roberta Milano, in the company of Tommaso Arrosio, gifted artist, creator of spectacular lighting installations and radical thinker who I hadn’t seen since Shanghai.

The image is an i-phone job, a bit wobbly after a couple of glasses of Sangiovese. 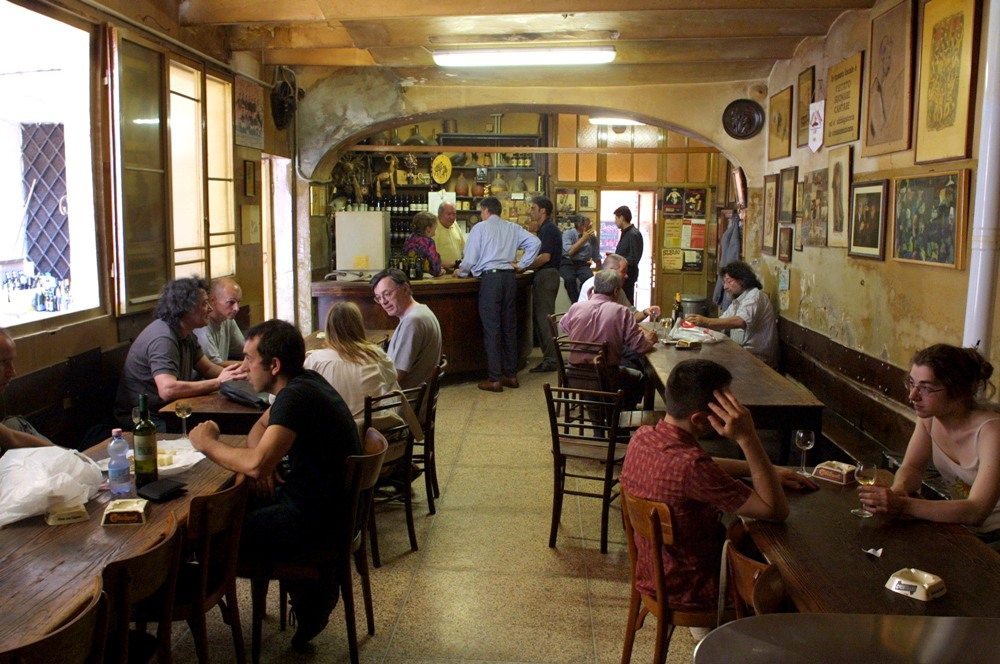