I’m part of the Breakfast Club generation. Class of 1972, I grew up watching Rob Lowe movies on VHS. No LCD, no HD, no Dolby. It seems like light years have passed…

Today one of the cult movies for Italian adolescents is undoubtedly Tre metri sopra il cielo – Three Meters above the Sky. Based on the book of the same name by Federico Moccia, cult author for teens and twenty-somethings, the light, romantic comedy was set in Rome.

To prove their love was eternal, the main characters (as usual, he was the bad boy from the wrong side of the tracks, she the socialite…) wrote their names on a padlock, locked it to a lamppost on Ponte Milvio, tossed the keys into the Tiber below and kissed.

Ever since, tens of thousands of love-struck Italians have been doing exactly the same thing, setting a new Urban Trend. Today lampposts on the bridge are so loaded with padlocks locked to other padlocks that they’ve become mounds of metal – contemporary monuments to eternal love. While padlock sales are booming, local authorities are frantically trying to keep the urban phenomenon under control.

Rome city council recently issued a specific directive for the removal of all padlocks from light fixtures on the bridge, causing a real stir among the young…. Mayor Gianni Alemeanno says there are more urgent problems to deal with in the Eternal City before the padlock emergency, pushing to leave the love-locks where they are and tackle graffiti and scrawling in public areas and on trains. 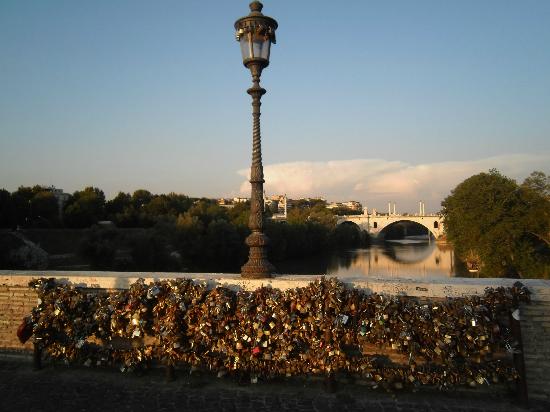 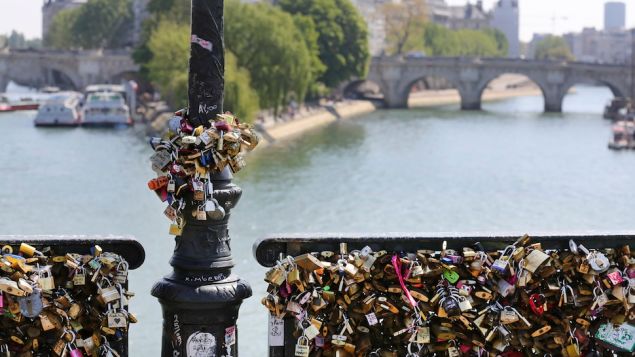