Corneliano Bertario is a medieval hamlet in idyllic surroundings of farmland and woods, not far from the banks of the Adda river in Lombardy and included in the riverine conservation area. It’s only 25 km east of Milan and yet it feels like another planet. And yet (again) it has one of the hippest hipster addresses in the whole region. Family-run, if not in quite the conventional sense of the term, Osteria del Castello is an utterly contemporary, combination concept of fine eatery, inclusive club, live music venue, retreat and vintage heaven, all arranged in and around an ancient yard with a spectacular wisteria arbour. The family in question goes by the surname Scaglione. With the acumen and polish of an entrepreneur in the fashion world, Paolo Scaglione founded the business in 1997, bracketing traditional osteria fare with a refined ambience. Now it’s in the capable hands of the subsequent generation, three brothers in as many roles, each according to his lights and talents: Tobia the general manager, Miki the chef and Leopoldo the maître d’ and sommelier. Neat, huh?

The yard itself, dining rooms off to the left and a series of other quarters variously intended for drinking, smoking, relaxing by an open fire, playing pool etc. are all Osteria-branded with an artful and immeasurable clutter of stuff and styles from times gone by. There’s simply no end to the wondrous variety of antique or retro finishings and furnishings, bar supplies and objects standing on or hanging from every available plane.  And some of it is for sale in the Osteria del Castello’s very own antiques and bric-à-brac market. The atmosphere’s a direct consequence of the design concept: very laid-back, somehow inclusive and exclusive at the same time, a home-from-home very alert to its own, singular fascination. And the menu? Well, Tobia sums it up as originating in various parts of northern and central Italy (Piedmont and Tuscany as well as Lombardy, mostly), revisited and honed at the Osteria over the years, redesigned every morning while doing the rounds of markets and farms, and in preparation right now in the kitchen. Which just about says it all, from the traditional recipes to the freshness and quality of ingredients to the attention to detail. It’s short and sweet. For a group of 10 or more, they’ll do a tasting menu, the whole works at a fixed price. Osteria events include a weekly delirio gastronomico with live music as well as festive menus and entertainment. 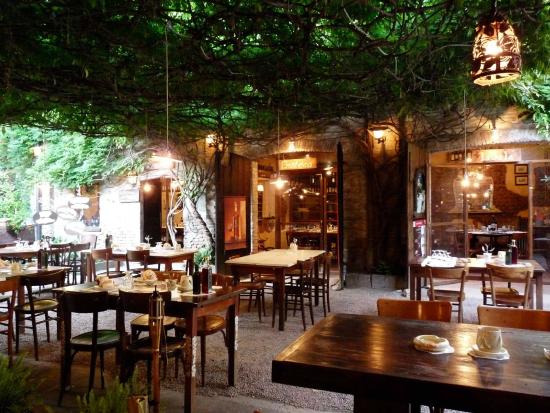 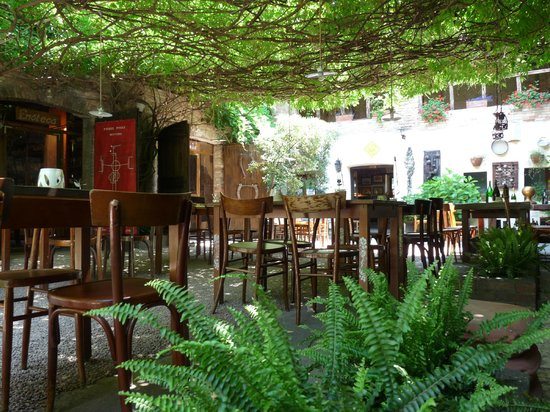 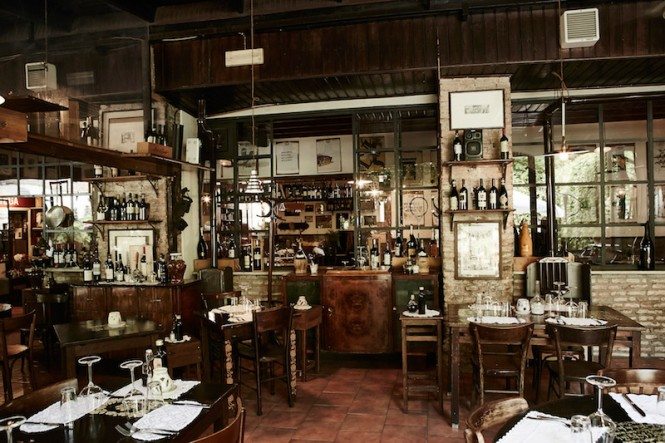