No design lovers’ tour of Florence, let alone a retail jaunt, would be complete without checking out the Aquazzura flagship store on Lungarno Corsini. For several good reasons. First of all, though only in their fourth year, Edgardo Osorio’s collections are already legendary. At the venerable age of 25, after studying fashion and design in London and styling footwear for several international houses of luxury including Ferragamo and Cavalli, he launched his own upscale brand of simply elegant, sexy but never extreme shoes and sandals. And has never looked back. Styles are beautiful and/or striking but wearable, smartly designed and superbly crafted. Some of his signature styles – like the Belgravia flats and Wild Thing sandals – are practically classics, revisited every season and sported by iconic fashionistas the world over. And by a few common mortals too, though cheap thy are not.

Next, the building. The store itself, Aquazzura HQ and Colombian Edgardo Osorio’s chosen residence are all in monumental Palazzo Corsini, built in the 1600s for Grand Duke of Tuscany Ferdinand II, no less, and decorated by the cream of Florentine painters of the time. The Aquazzura store gives you a taste of its sumptuous halls. And finally the store design. For within that majestic 17th-century context, Portugese designer sisters Cláudia e Catarina Soares Pereira have created a wholly different breed of exotic elegance with black-and-white flooring in optical motifs, torrid turquoise volumes and furnishings, museum-style glass display cases for recherché footwear, and potted banana plants. All in all, and whether or not you resist temptation, a sight to behold. 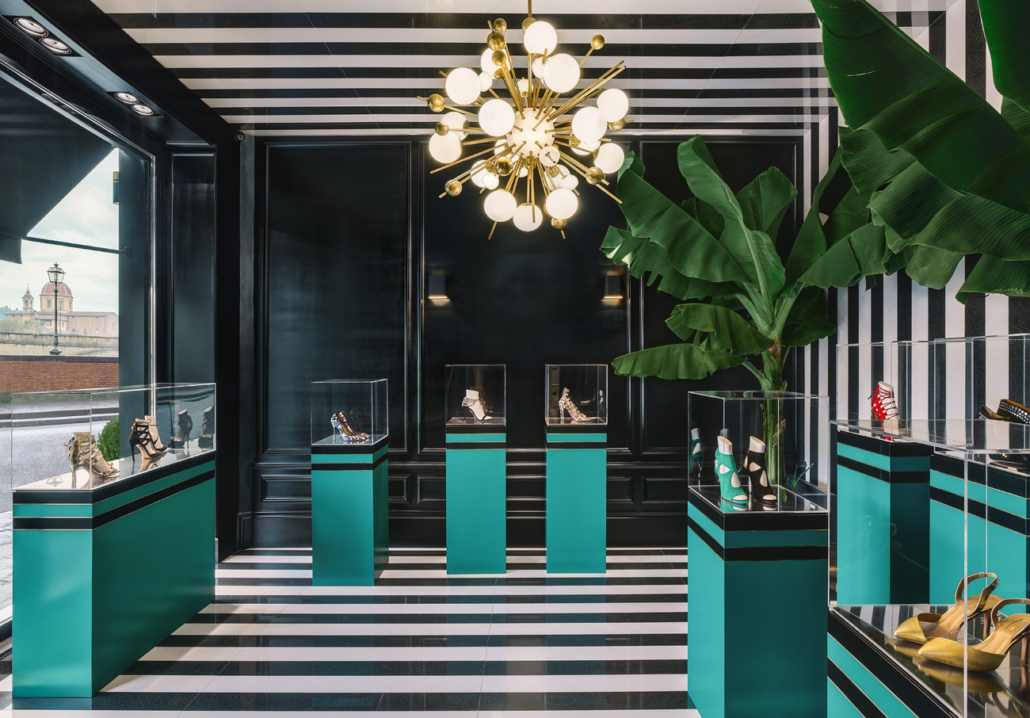 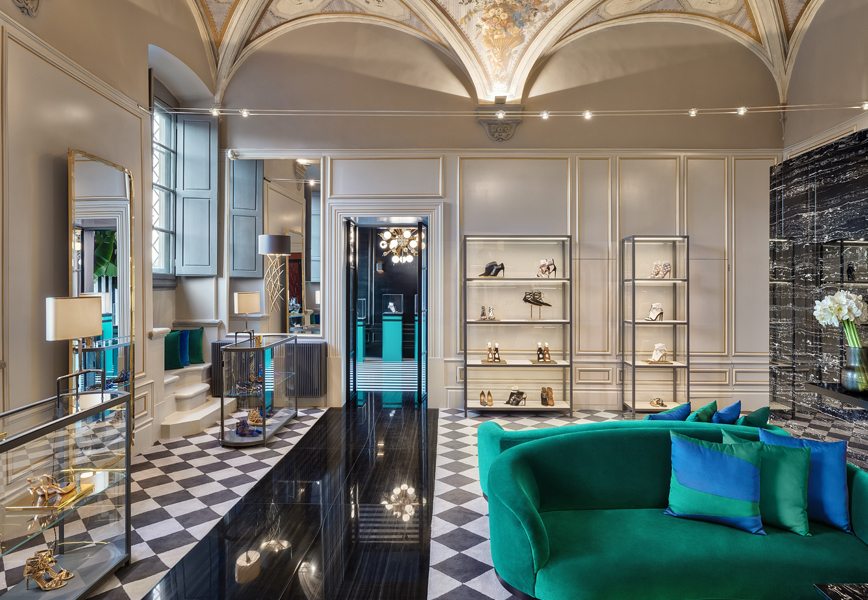