Fine ceramics traditions dating back millennia endure all over the boot and positively flourish in a few notable pockets already cited, like Grottaglie in Apulia or Sicily’s Caltagirone. Only down south, then? Uh-uh. Take Umbria, and specifically a little hill town maybe 15 km south of Perugia, fewer than 10 000 souls and every one a potter. Deruta. Not many people know this, but the oldest family-owned majolica enterprise in the whole wide world is right there in Deruta (said The Economist in 2009, apparently, and they should know). That would be Grazia Maioliche, established circa 1500. Ever on the ball in adjusting to five centuries of business-climate change, the Grazia family pottery hasn’t budged an inch on artisanal excellence.

The clay is still sourced locally, and every single step in the subsequent production of superb artistic ceramics is carried out by hand, on the premises, by skilled craftspeople and artists, just like it always used to be. The whole process is explained in fascinating detail here. So they owe an awful lot to tradition, and that goes for designs too. Venerable Renaissance forms and decorative styles are revered and still prevail among the Grazia lines, revisited perhaps but universally recognisable. But scroll through the Collections for some interesting Art Nouveau and 1920s variations, and modern designs created in collaboration with contemporary artists and designers.

If Grazia Maioliche isn’t exactly a household name in the English-speaking world, nor is it a new entry. The company currently run by Ubaldo Grazia has been bolstered by ever-increasing and increasingly prestigious exports to high-end stores in the US for over a century, and a piece made by his grandfather and namesake is displayed in the British Museum. Commissioned works with the Grazia trademark are owned by Andy Garcia, Francis Ford Coppola, Mel Gibson, Paul Simon, George Clooney… But there’s nothing like shopping at the source, maybe after browsing the factory museum. Plan for extra luggage weight on your way home. 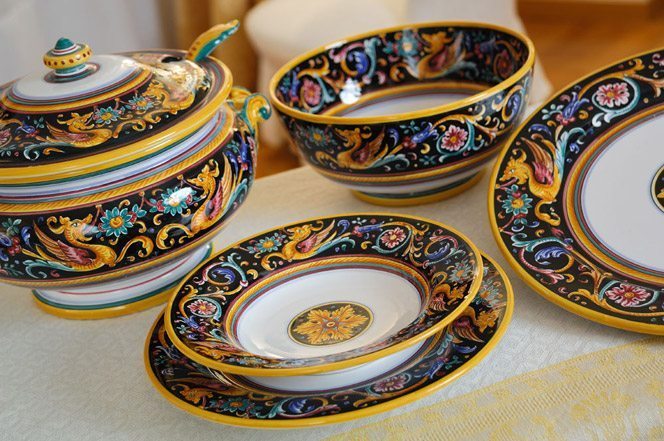 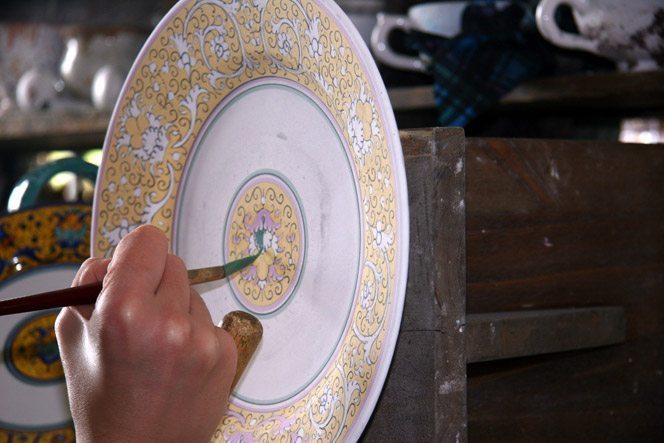