You might not associate Tuscany with with grassroots chic, but here’s where to go in thoroughly Renaissance Florence if you’re a 21st-century street-fashionista. Desii Lab is your store, practically unique in the heart of the old city, where an unlikely window display celebrates wearable youth culture for women. More London than Florentine, it stocks a range of spunky if pricey international labels. AVN (Italian, a capsule collection project of sporty chic and faux furs), trendy Spanish Kling, and Italian Different 501 (amazing second-hand Levi’s 501s upcycled one by one) are examples in the clothing line; the UK’s Doc Martens, US street brand Jeffrey Campbell and Australian Windsor Smith feature for footwear; Alto Milano and Sox In The Box cover a few hosiery requirements; and Italian Mia Bag speaks for itself. There are others, and different, with almost every conceivable accessory for inner-city panache.

What’s more, dynamic contemporary style meets vintage at Desii Lab, with cult items that will always shout true urban grit and infinite possibilities for a distinctive, individual look. Desii is a familiar surname in Florentine retail. This particular branch has its roots in a shoe store in Via Borgo San Lorenzo dating back to 1947. Leonardo Desii now runs a small empire, with Desii Store selling street-style men’s shoes and clothing at the original address, Desii Vintage in Via de’ Conti (vintage and discounted stock), and Desii Lab, the latest venture in Via della Spada. Speaking of which, Via della Spada is a narrow backstreet where you still find the butcher, the baker and the candlestick maker, located between the main railway station and opulent Via de’ Tornabuoni. Not on the beaten track through central Florence, then, for those not in the know, but increasingly lively with alternative hangouts such as Desii Lab. 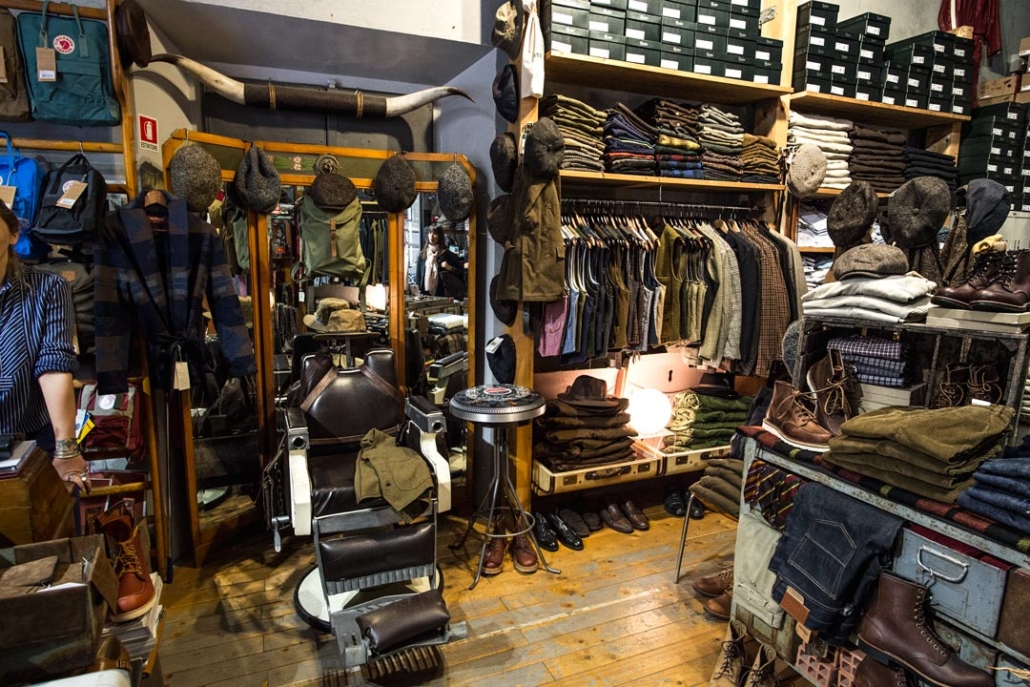 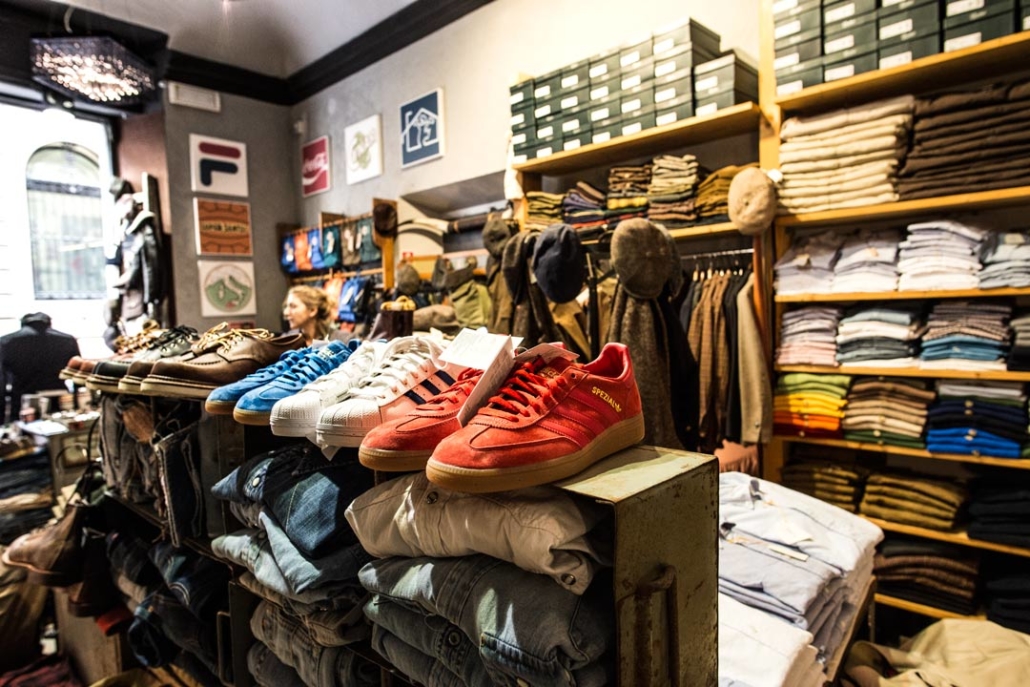