Italy has a new museum in the sky – and underground. It’s a high-altitude museum, a mountaineering museum, a Zaha Hadid museum, a very impressive museum. The Messner Mountain Museum Corones opened just a few weeks ago, the last of six interconnected MMMs scattered among the peaks of the South Tyrol and the next-door province of Belluno. All dedicated, in case you hadn’t guessed, to mountains, or some aspect of them. And founded, just as obviously, by Reinhold Messner, local hero, explorer and adventurer, the Greatest Mountaineer according to the National Geographic, the first ever to climb all 14 of the planet’s mountains over 8000 metres. So his latest adventure was a partnership with Zaha Hadid and the Plan de Corones holiday area consortium. It seems to have been quite a success.

2275 metres up, on the summit plateau of the Plan de Corones mountain itself (also Kronplatz in the other of the three languages used in these parts), the mostly-concrete structure designed by the Iraqi-British archistar is largely invisible, built underground, without so much as a hint of a right angle. It has four floors, like broad landings on a winding staircase. Down below, where the temperature is naturally constant, are panoramic windows and a terrace with views spanning the Alps and the Dolomites, a projection room and ample spaces for temporary exhibitions and presentations, as well as a central hall where photographs, records, relics and artworks collected by Messner are on show. The upper floor houses the ticket office, a museum shop and the cloakroom. The new MMM is all fluid lines and about as energy efficient as they come. What you see from the outside, when you get up there on foot or – mercifully – by cable car, is the smallest part of the total 1000 square metres: an entrance and three giant windows on the alpine world protruding sideways from the rock. Another addition to the attractions of the Alto Adige/Südtirol, the paragon of high-altitude holiday-making in Europe: all mountain, forest and unrivaled facilities. 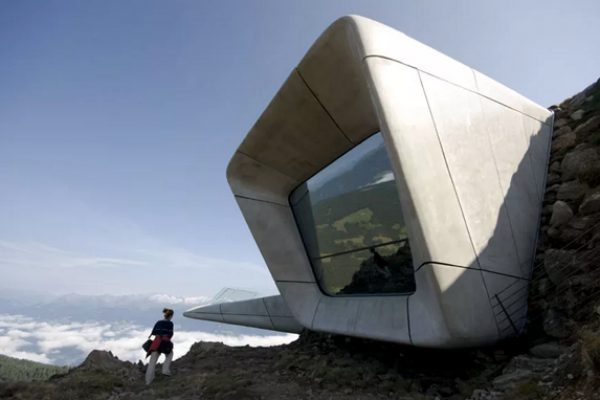 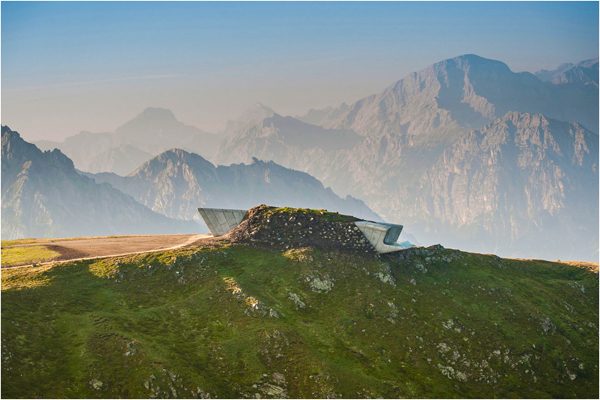 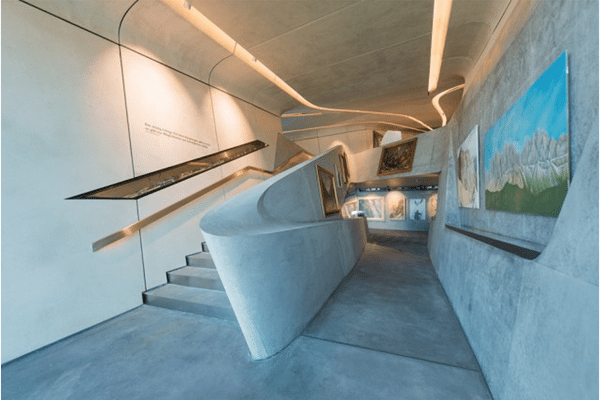