There is nothing understated about Hotel Indigo. As a 5 Star Luxury Boutique Design Hotel, it fits the bill hyperbolically. The historic building is elegant, immaculately restored and boasts a superb location in the Eternal City centre’s Via Giulia, where plots were to die for in the sixteenth century and today the elite shop for art and antiques. The theme is Italian art and design and the décor contemporary to a fault. Its 64 rooms are served by a sumptuous spa as well as a wine bar and modern-Mediterranean, farm-to-fork restaurant, both of which migrate to a rooftop terrace with breathtaking views during the summer months. Everything you could wish for in Rome, it seems.

Via Giulia, planned by Donato Bramante and emblematic of high Renaissance architecture in Rome, runs parallel to the River Tiber within the loop that contains Pizza Navona, the Campo dei Fiori and Corso Vittorio Emanuele II. Part of Hotel Indigo rests on huge blocks of Travertine marble laid for a public building never completed. It’s a prestigious area, historically at the cutting edge of creativity, and that’s what inspired the interiors.

But beware that décor! The noble art-and-design theme comes down to wall-size blow-ups of details from paintings by Caravaggio, architectural motifs by Bramante and the original Fiat 500, depending on the type of room or area you’re in: gigantographies swamping spaces that weren’t over-spacious from the first. Similarly over-the-top are some of the furnishings, a blow to the head rather than a design coup. They do indeed confer a strong personality, but occasionally you wonder whether you’re looking at pure kitsch or overkill as a design concept. You’ll either love it or hate it. If it’s the former, you won’t mind paying the going price for 5-star services in Rome’s most fashionable district. 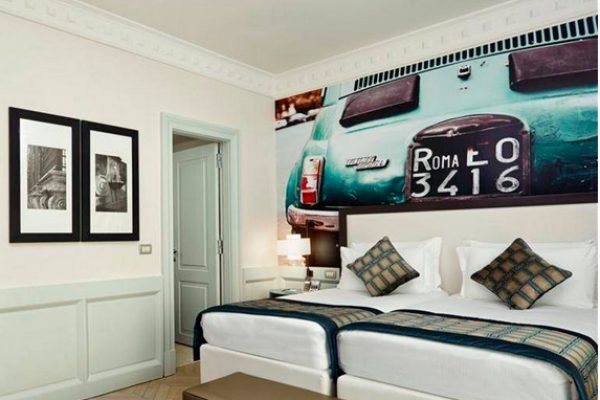 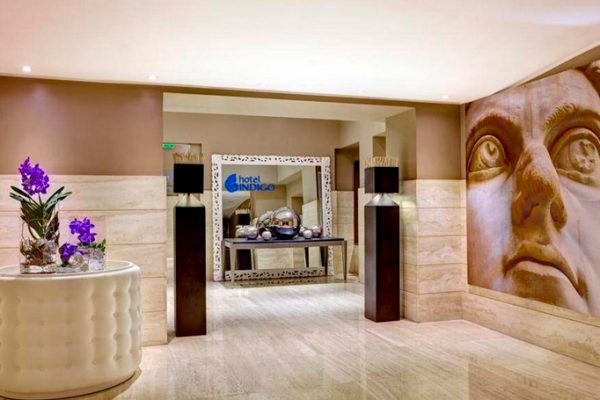 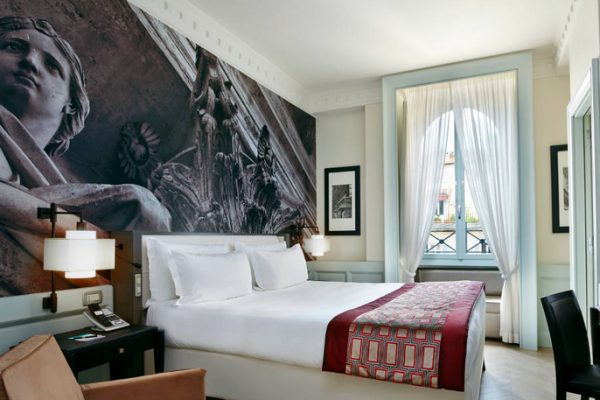