Silver spoons, yeah. And knives and forks and candlesticks. The works. Or rather, The Works Canteen again, this time from behind the scenes. I was here in Florence putting together a new ad and decided to treat my talented South African videomaker Mark Hofmeyr to a well-deserved night on the town. Well, on the outskirts of town really, back at the Pampaloni eatery in the canteen of the famous silverware factory, now transformed into a unique concept restaurant. We were welcomed by Francesco Pampaloni who explained that they’d wanted to branch out into F&B for a while now, and took a drop in orders (and consequently production) as an opportunity to move on. Today Pampaloni has 28 employees and a considerably reduced demand for hand-beaten silverware, so blue-collar workers get the chance to work one 4-hour shift down in production and another waiting tables upstairs at In Fabbrica.

Dressed half as priests and half in their blue overalls (Francesco’s sense of humour is totally amazing!), their uncanny resemblance to Lurch (the butler from the Addams Family) and background music by the Red Army Choir reinforce a distinct impression that you’re in for an experience you won’t easily forget. The space is much as it always was: green wall tiles from the 60s, the old industrial flooring and windows. Except that now there’s that huge hammer and sickle in lights on the ceiling, table settings fit for a lordly banquet and flickering candlelight from huge solid silver candlesticks. Furniture not already in the canteen was bought at auctions, still carrying the lot-number stickers to prove it (Francesco’s humour kicking in again), and they added thick maroon velvet drapes and oversized silver bric-à-brac. As Francesco’s lovely French wife Bérangère points out, even an ugly old space can be made magical with a bit of silver strewn here and there.

If the atmosphere is surreal, the menu is simple and unpretentious and the wine list short and sweet. The Japanese chef is still calling the tune in the kitchen (Mark said his sushi was great). In Fabbrica draws an eclectic crowd, from Florentine aristocrats to young blue-collar workers and people like us. The 30-odd seats are booked to capacity practically every night, as is the terrace over the summer months. As our night went on and other guests paid and left, Mark and I had a nightcap with the Pampalonis. I laughed more than I had in a long time listening to Francesco and Bérangère’s singular and decidedly politically-incorrect opinions on everything from religion to packaging, politics to sex. Thanks, bijous, for an unforgettable evening. Can’t wait to get back! 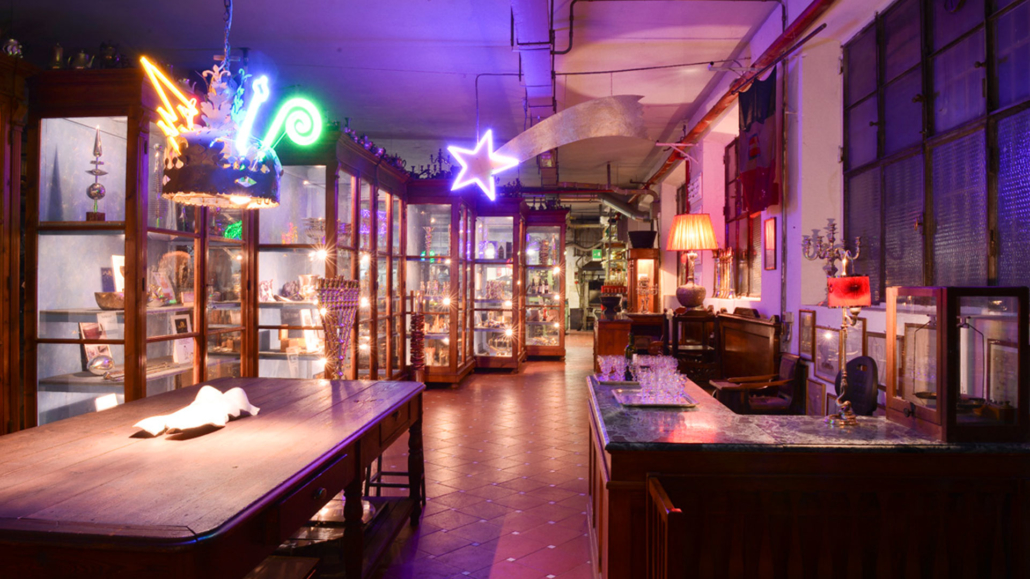 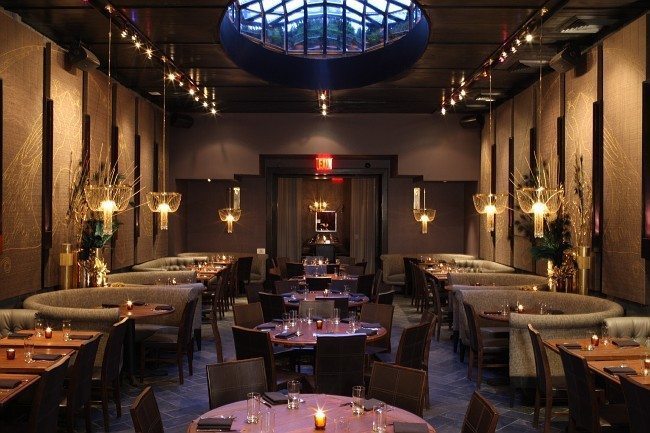 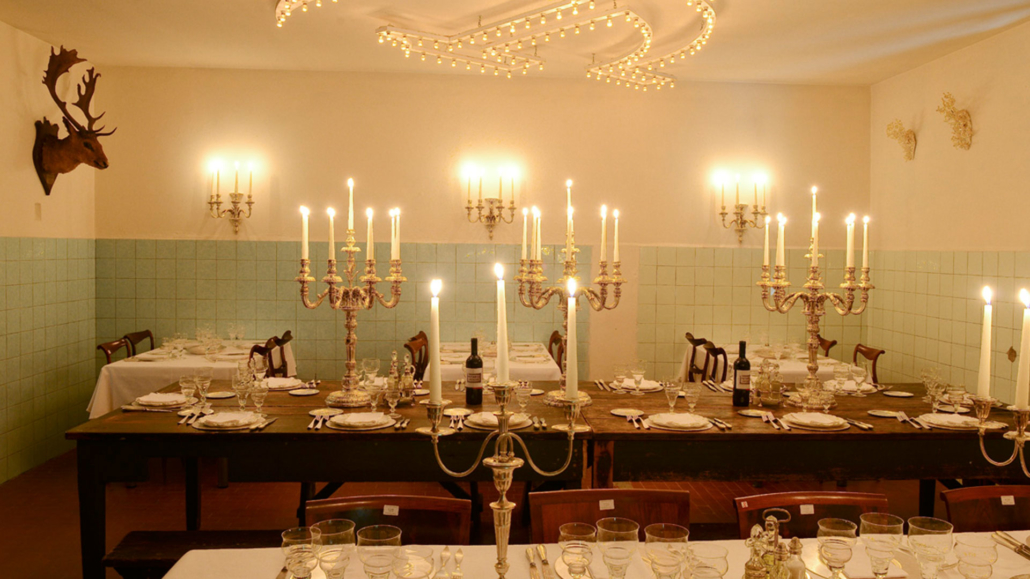 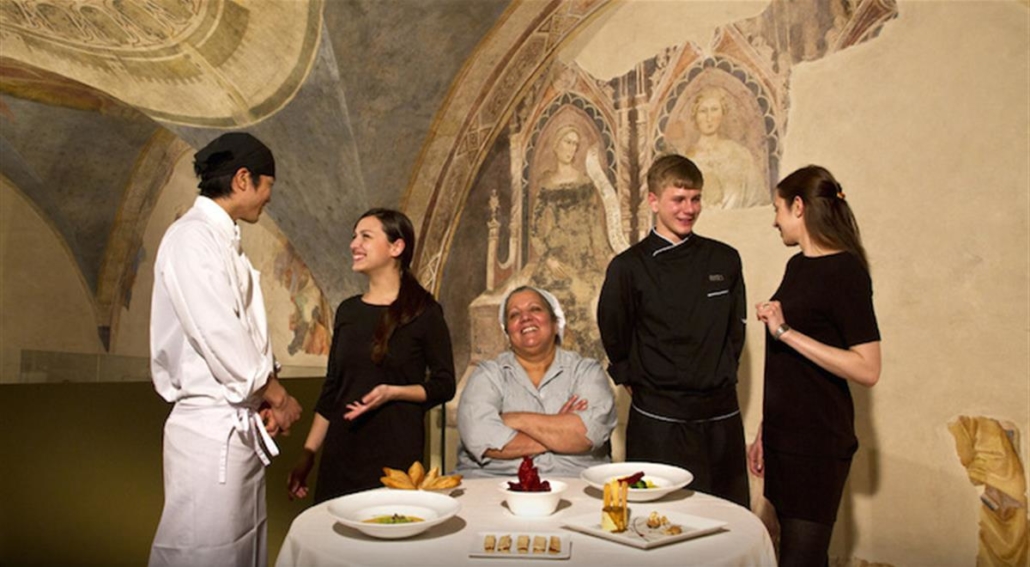 Milan | The Triangle
Scroll to top