Given the exuberance of Milanese fashion brand MSGM, its new HQ in the Porta Romana district was never going to be an ordinary sort of place. Massimo Giorgetti, MSGM‘s creator and designer, supplied the intuition and teamed up with architect Fabio Ferrillo to rehabilitate another derelict, century-old manufacturing space. They preserved or salvaged, with industrial-chic zeal, much of what was originally a blacksmith’s workshop, including the floor plan, ample doors and windows, a big central skylight and a good deal of exposed brickwork. Some of the abandoned machinery and suspended pulleys stay put too, and an old air shaft has become a light source in a small office space.

In contemporary contrast, there’s smooth new concrete flooring, brazen steel and zinc-plated ducts, and pale grey or pink-painted partition walls which split broad open spaces into a design room, offices, an archive, meeting rooms and a kitchen. And then there’s the décor, rigorously vintage with the spectacular exception of an original, specially imported Louis Philippe marble fireplace, of all things. The 1950s and ’60s tables, seating, shelving etc., mostly original pieces, were hand-picked in France and Belgium. And the final addition to a discriminating if baffling assortment of styles: colourful canvases by Nathalie Du Pasquier. It makes for stunning photographs, and presumably lots more boldly irreverent apparel from MSGM. 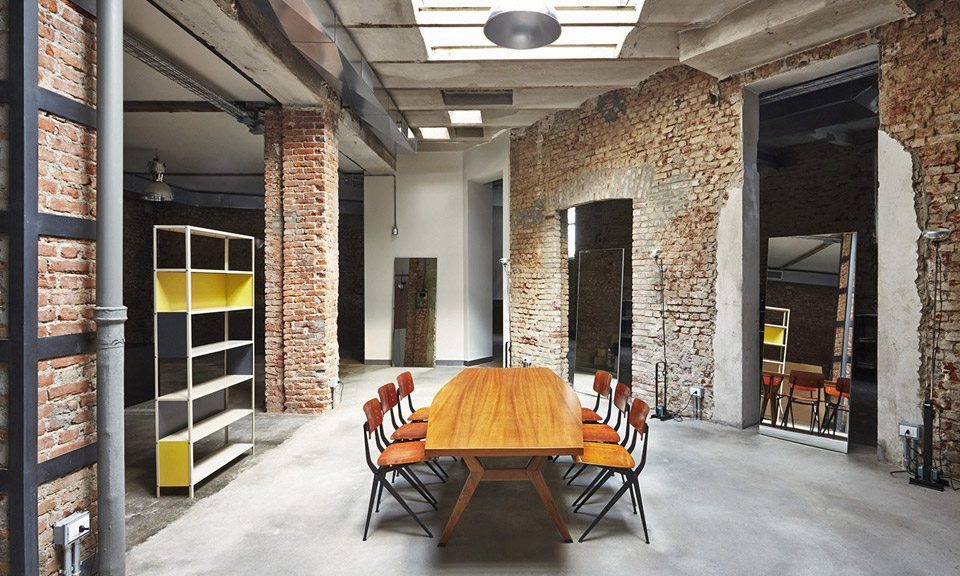 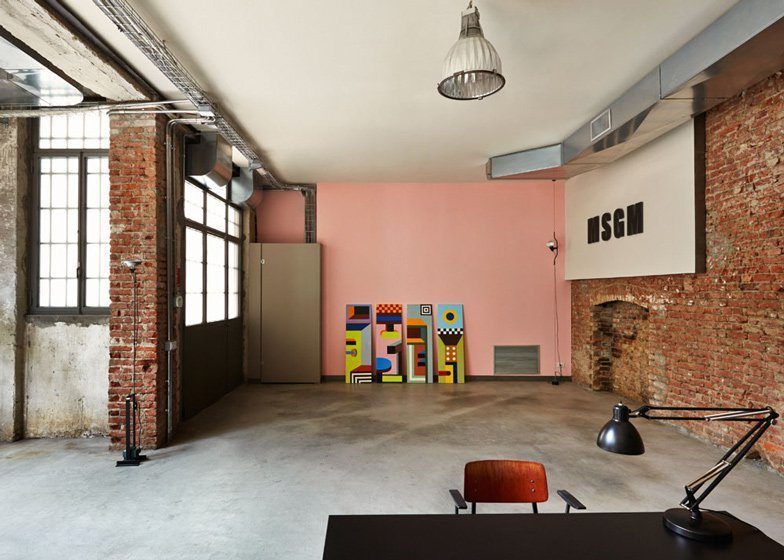 Florence | In Fabbrica
Scroll to top