When next travelling in Tuscany on four wheels, instead of barrelling down the FI-PI-LI, take the old To.Ro. and soak up a few provincial sights. (Don’t Italians just love these acronyms? That’s the Firenze-Pisa-Livorno and the Tosco Romagnola, roads, respectively, for those not in the know.) One might be the big architecture, if not big-city architecture, of the new HQ of the Banca di Pisa e Fornacette, which isn’t in Pisa but in a little community in the Arno Valley between Cascina and Pontedera – if that helps. Still, you can trust a bank to do things on a grand scale, even in Fornacette. They called in architect Massimo Mariani for the design, 25 years on the job and mostly in Tuscany (but none the worse for that), and quite an expert in banks. What opened a couple of months ago is a landmark, utterly contemporary in appearance, in the materials used and in eco-friendliness.

From the outside it’s an impressive, monumental edifice of three floors whose bulk is mitigated by inward-leaning walls from the first floor up, an iridescent metal cladding and plenty of glass. It also features a light-well with vertical greenery. Inside it’s still a bank, or a head office at any rate, but open areas, wide corridors with glazed walls and decked, conservatory-like spaces overlooking the vertical garden lend airiness. What’s more, there’s a veritable collection of Italian design pieces over the decades – mostly seating – scattered about the building, no expense spared, while the basement houses an auditorium seating 300 and spaces for exhibitions and events. A particular point of pride with architects and client alike are the environmental credentials of the new HQ. It holds to the most stringent criteria of life-cycle analysis as well as energy efficiency, passing it’s green architecture exam with an A+. The Banca di Pisa building is the final flourish of an urban renewal plan for a rundown commercial area. Hard by are at least one other new structure as well as a public piazza and gardens. Things are looking up in Fornacette. 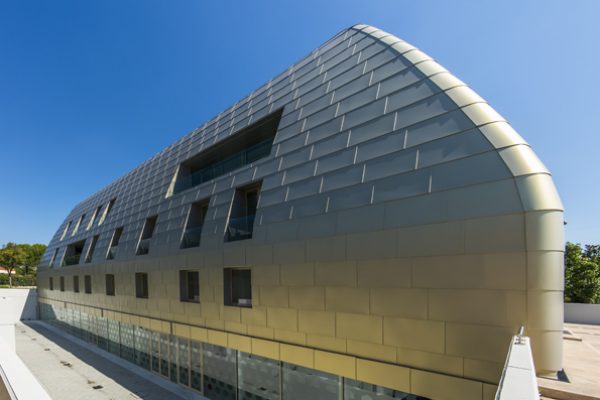 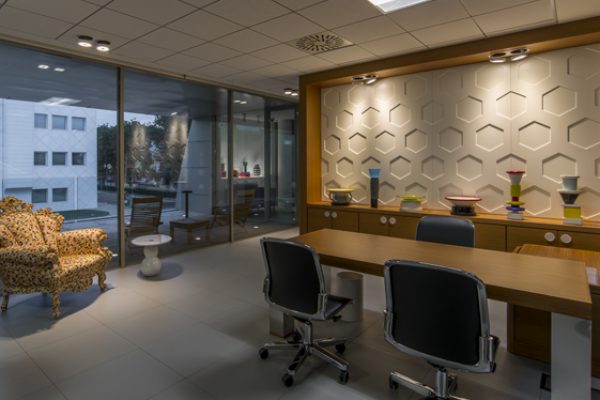 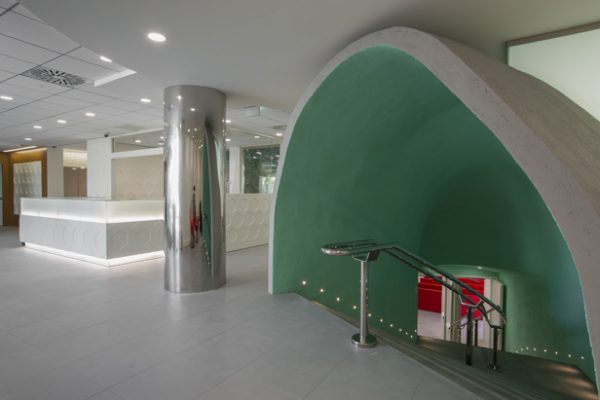