Ambling in the alleys of historic Taranto a few weeks ago, I happened on a spruced-up courtyard with some well-tended greenery and red letters spelling out the words co-working ulmo. This was too intriguing to ignore. And so it was I met Marcus Briegel and friends. Coworking Ulmo is an amazing, spartan space on the lower floors of a townhouse built in 1655 on the man-made island which is heart of the old city. It is just what the red letters suggest: a place where several creative southerners can flex their talents and start up a business, sharing facilities and a penchant for art, quality craftwork and environmental sustainability.

Coworkers currently include a couple of fashion designers, a startup making musical instruments, an industrial designer offering workshops and an architect and lighting designer (that’s Marcus himself): and the space is used more or less frequently by various associations promoting the arts generally or specifically or offering courses. The latest project they’re all excited about is a small winebar with gourmet bites in the yard, hopefully up and running within a month or two. The premises are stunning: a monumental portal and a partly-covered courtyard, original stone-flagged flooring, more or less complex vaulted ceilings, the remains of a fresco or two, and a quirky hotchpotch of vintage, recycled, upcycled and improvised furnishings.

There’s a story here, of course, and it’s largely Marcus’ story. He bought the delapidated premises, part of Palazzo Ulmo, in 2007, enchanted by the little courtyard and the friendly if noisy locals; a little less so by the rundown state of the island (but somehow convinced it could only get better). He then spent two years and all his savings just clearing out debris, and had to start up another business further south to get solvent again. He made it. Back in Taranto’s città vecchia, he moved into the site and turned craftsman to complete the job. His partner Teresa Leggieri (social media communications expert) joined in the venture and the vision of a social and craft-business hub came into focus. Coworking Ulmo started up in June 2014, an incubator project aiming to inject new ideas into the old town, to motivate local youngsters to express their artistic talents, to set an example in a culturally desertified district. Hats off to Marcus and Teresa. Call in when you’re in Taranto: it’s a thing to behold and visitors are welcome. 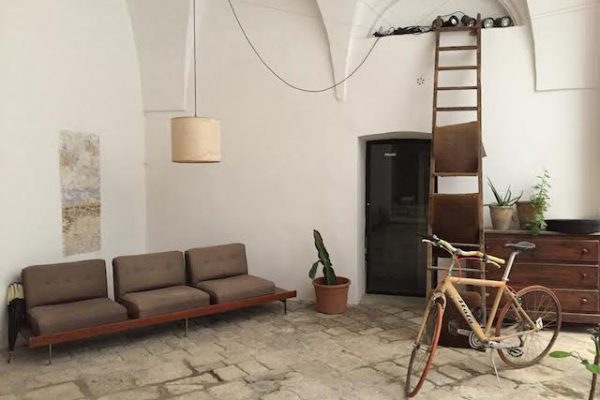 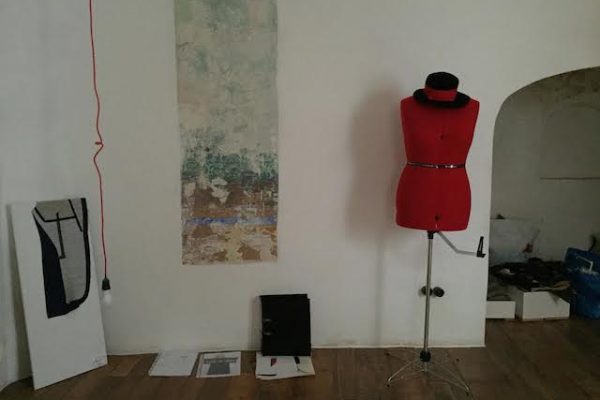 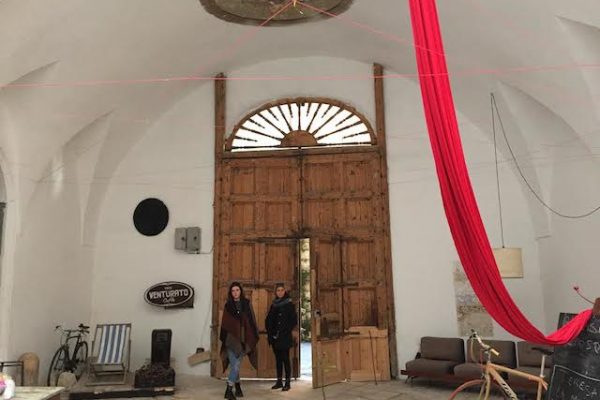