Judging by the number of stands on Bologna’s Piazza Maggiore a couple of weeks ago for Cioccoshow 2015, artisanal chocolate making in Italy is alive and kicking, and not only in the well-known chocolate arc that links Pisa to Prato via Pistoia. On the contrary, chocolateries have burgeoned from top to sole of the boot in the wake of the Tuscan masters. Romeo Viganotti isn’t among them. Indeed, he’s been around and making chocolate masterfully since 1866 – or at least the business bearing his name has. In the same place, tucked away in the alleys of old Genoa between Piazza delle Erbe and Piazza Matteotti, and still using some of the original mixers and moulds. Which makes the historic workshop and store a sort of museum and a curiosity as well as chocolate heaven.

Alessandro Boccardo is the current chocolatier, and the first not linked by family ties to the Viganotti clan. Still, he worked alongside the last of them, and preserves the legacy of venerable recipes and techniques as well as the premises. That translates into meticulous craftsmanship, a tradition of excellence and a reputation as the best as well as oldest chocolaterie in the city. When the Genoese visit one another’s homes, a tray of Romeo Viganotti confections is the ultimate, almost ritual, offering.

Some of the vintage Viganotti favourites are scorze d’arancio – chocolate-covered slivers of candied orange peel, boeri – cherries in liqueur encased in dark chocolate, as well as ultra-classic soft-centred hazelnut and almond pralines known as cremini, and croccantini with a crunchy hazelnut heart. But there’s no resting on such laurels here. A more contemporary speciality is blending chocolate with aromatic herbs or spices to produce dainty chocolate shapes with exotic flavours. There are more, too many to list: all in all a prodigious variety of chocolate delicacies and something new every time you drop in. A must when in Genoa. 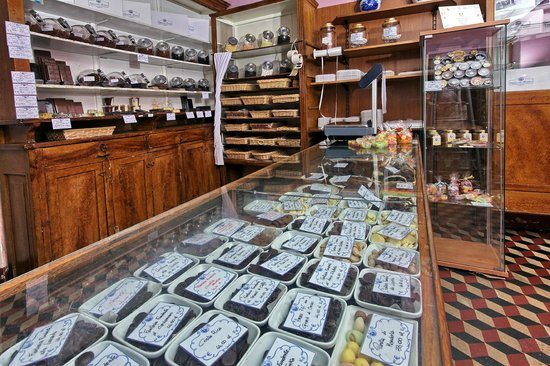 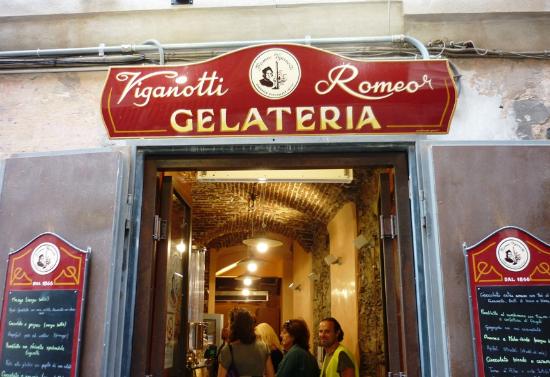 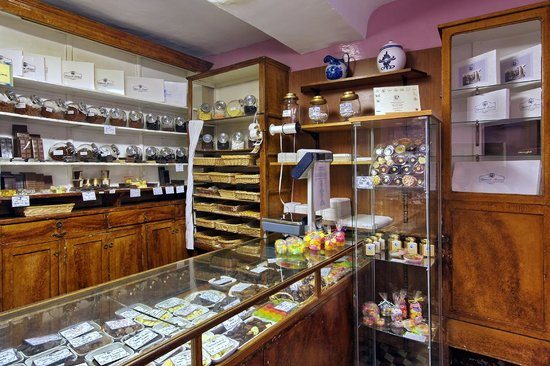