New in Naples, in a spectacular reincarnation of the old Ambasciatoricinema, a polished culture club dispensing a heady mix of art-house films, food, live music and shows. Hart is the name, in centralissimo Via Francesco Crispi, and it seems to have hit the headlines less for the listings than for some exceptionally comfortable seating: a place in the stalls at this movie theatre means a double-width chaise longue, a couch or at worst a roomy armchair. With side tables, so you can eat real food, not popcorn, while you’re watching. Behind the concept are one Luciano Stella, producer and partner in charge of the cinema and other theatricals, entrepreneur Sigfrido Caccese who is Hart’s live music professional, and Mariano Pierucci taking care of the bar and eatery supplied by Naples’ own South Italy Food.

But back to the beginning, which is pretty recent. The Ambasciatori was much loved by film buffs as the place for art cinema in central Naples from 1969 until just three months ago and the new project. The express makeover is the work of local architect Pierluigi Russo with designer Davide Pinesso collaborating. The mandate was to preserve details of the vintage location while giving it an elegant, contemporary-retro finish. The old sign above the door is flanked by the bright new logo designed by Neapolitan tattoo artist Giorgio Chirico. A 1940s theme prevails throughout, in the lobby with its decorative motifs and in the more minimalist theatre hall which boasts original panelling and chandeliers, toasty colours and leather coverings for all that luxury seating – for an audience of 110-120 compared to the 340 seats of the old cinema. And what’s going on at Hart? Well, they’re sticking to the tradition of independent and repertory cinema even as the viewing experience promises other pleasures. When the cinema morphs into a concert hall, again variety and experimentation: big names and new talents from jazz and swing to rock and folk, and disco dancing every Saturday. More events coming up will take the form of talk shows, theatre, dance and burlesque. Meanwhile, the bar in the main hall serves posh finger food and the lobby bistrot heartier gourmet dishes of southern tradition. You can’t ask more than that. 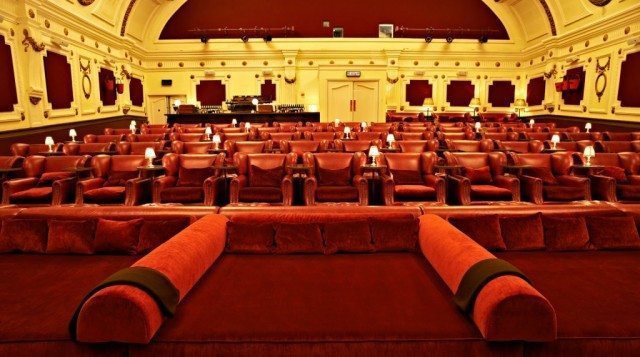 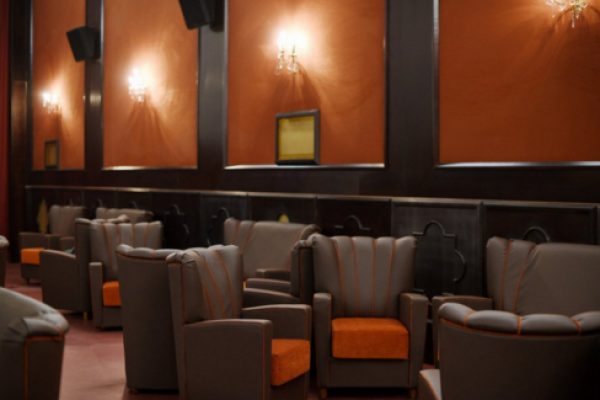 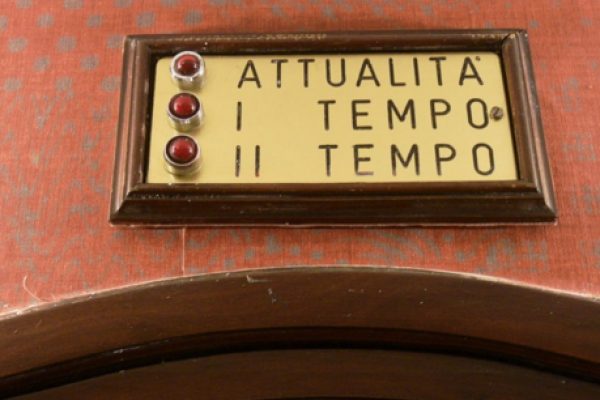