Luxury design suites in surely the finest square of what Aldous Huxley called the most romantic city in the world. Mantua is that city, a sleeping beauty that’s barely changed since the Middle Ages. The handsomest of its four exquisite squares is Piazza delle Erbe, the marketplace fringed with colonnades and dominated by the Clock Tower. And Residenza Ca’ delle Erbe is where you’ll find those seductive suites, as contemporary as the context is antique.

This particular building dates back to the sixteenth century, and it’s right next to the majestic Basilica di Sant’Andrea. The Ca’ delle Erbe suitesare spacious or even huge and renovated to enhance original frescoes, terracotta bricks and exposed beams. All the rest is cutting-edge design and technology with a minimalist bias, rendered almost entirely in creamy-buttery tones. Mattresses are conceived for the sweetest of dreams. Pale wooden flooring is spot-on and nifty lighting solutions add to the aura. Bathrooms too are up-to-the-minute and striking. What’s more, every one of these prestige suites has a balcony overlooking the Piazza. And so overlooking thirteenth-century Palazzo della Ragione and beneath it the restaurant called Osteria delle Erbe: same hosts as our boutique B&B, traditional Mantuan cuisine and background jazz.

This is where you need to go to check in. The suites across the square have no reception of their own: smart card locks let you into the building and your rooms. Breakfast too is taken out, included in the high-end price but served in one of the local cafés. You might also note there’s no lift in the building, just stairs and lots of them if you’re on an upper floor. And that not all the 10 rooms at Ca’ delle Erbe are the new luxury suites we’ve just described. Mantua is a must in northern Italy, around 160 km from Milan and about the same from either Venice or Bologna. The whole compact city, with its fairytale skyline and the lake-fortifications on three sides which become a floating garden of lotus flowers in summer, is a gem. And a gem which happens to be particularly dazzling this year as Italy’s Capital of Culture for 2016.

.. a world asleep in a warm light 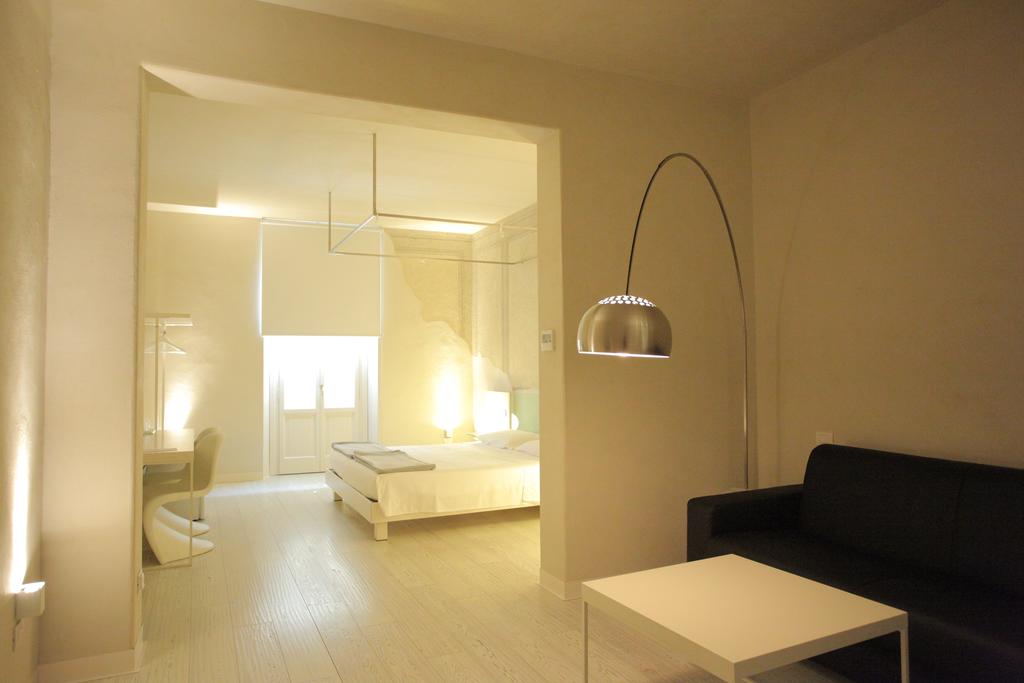 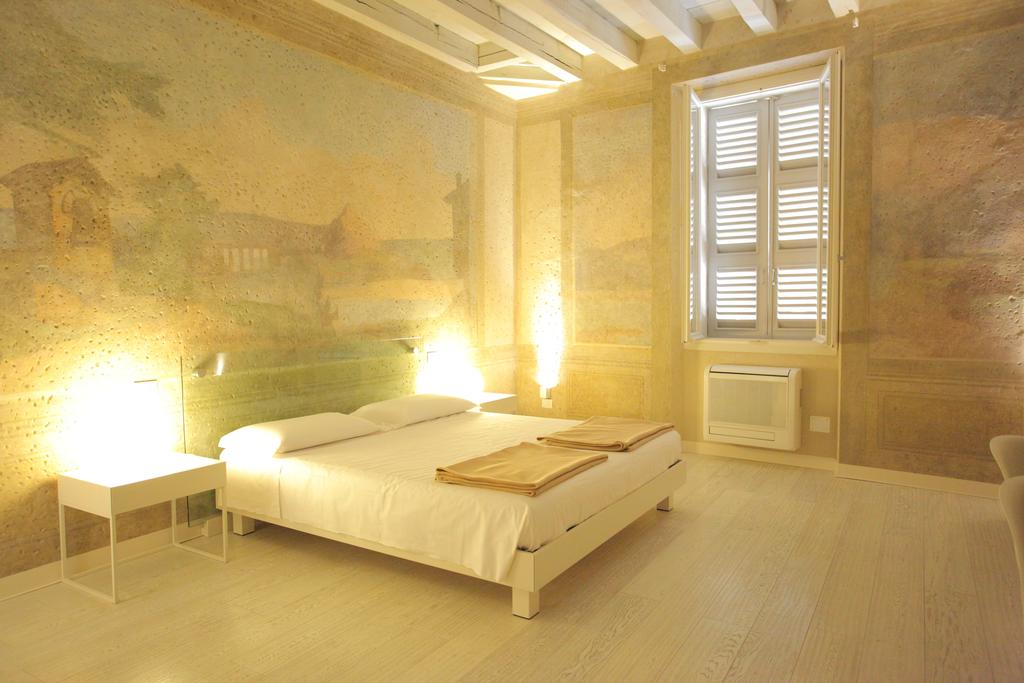 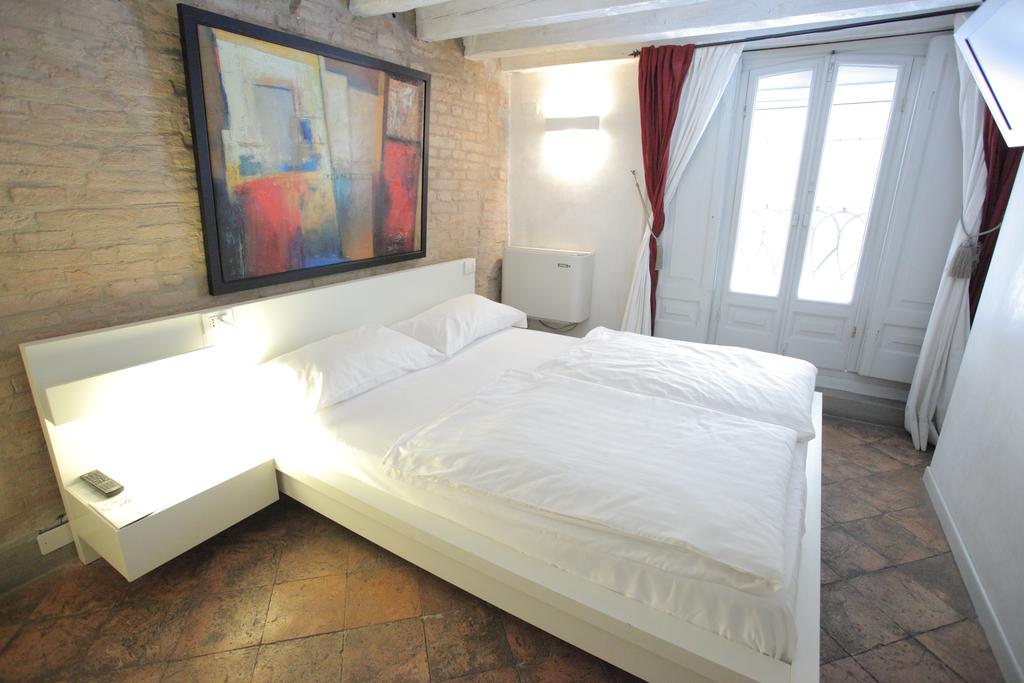