Plumb in the middle of Milan’s hustle and bustle, a quiet retreat for coffee or a light lunch could be priceless. Actually prices at the Caffé Letterario in Via Rovello are quite affordable, and the setting positively palatial.

The Caffé belonging to the Piccolo Teatro, a veritable institution in Milanese culture since 1947, has its origins in the recent restoration of the 15th century Palazzo Carmagnola which is home to the theatre.

This building has quite a history, by the way. It belonged to Ludovico Sforza, Duke of Milan, who had it decorated in renaissance splendour, quite probably by archistars Leonardo and Bramante themselves (among others). He then gave it to his lover, Cecilia Gallerani, who is none other than the lovely Lady with an Ermine painted by Leonardo around 1490.

The exquisitely decorated cloister of  the Palazzo, now restored to its original grace and elegance, is where you’ll find the Caffé, enclosed by glass under the colonnade by architect Mauro Cristiano Pea: modern and understated in an oasis of tranquillity.

A public space, the arcaded courtyard also houses Abook, a specialist bookshop for matters of theatre and dance, and the cultural archive of the Teatro Piccolo.

You could be in exalted company over Sunday brunch or pre-theatre drinks at the Caffé Letterario: it’s rumoured there was some sort of curse, and the delectable Cecilia herself still haunts the corridors… 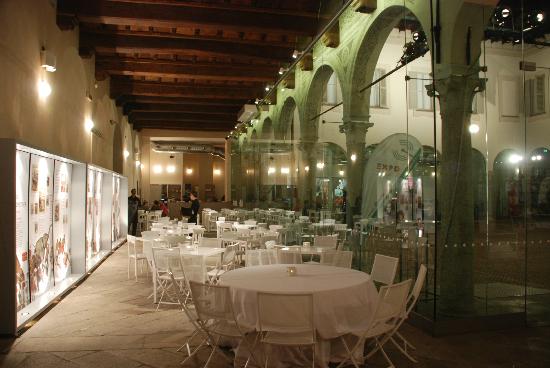 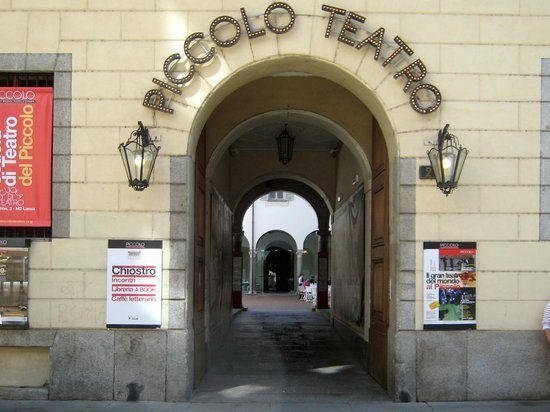 Vico Equense | All On Board