Any contemporary metropolitan knows the ins and outs of a spa or three like the back of her hand, but how many of us have been inside an authentic 20th-century Italian bath house? A series of them were built in the 1920s, often close to railway stations to service the needs of long-distance travellers. The amazing Albergo Diurno Venezia in, or rather under, Milan’s newly made-over Piazza Oberdan (in the Porta Venezia neighbourhood) is one such. It opened in early 1926, conceptually and decoratively a product of its times and of local architect Piero Portaluppi. In 1200 square metres below ground, it boasted a magnificent long hall supported by columns, 6 luxury thermal baths as well as standard washrooms with showers, and ladies’ and gents’ hairdressers. Other services included manicures and pedicures and an express laundry, and ticket offices for urban transport and the national railway. The public baths closed in 1985 and just about everyone else was gone 10 years later.

And now? Well, the Albergo Diurno Venezia is still there, pretty much in one piece if a tad run down, an extraordinary legacy of past customs and décor right down to the furnishings and the tools of the trades still neatly stored in their glass-fronted cabinets. After only a couple of decades of typical Latin wrangling and procrastinating, the distinguished Fondo Ambiente Italiano, or rather its Milan delegation, has stepped in, swabbed down the Art Deco tiles and opened the historic bath house to the public. For a few days at least. You can visit now (today and tomorrow, December 7 and 8), and then on five more Saturdays during December 2015 and January 2016. That’s just to give the public a special preview, a chance to see how it is in 2015 and imagine how it was. Meanwhile, the FAI is working on plans to save the whole place, with a fund-raising drive among the good citizens of Milan to cover the costs of restoration and a competition for ideas from young talents on how best to use the premises in the future. 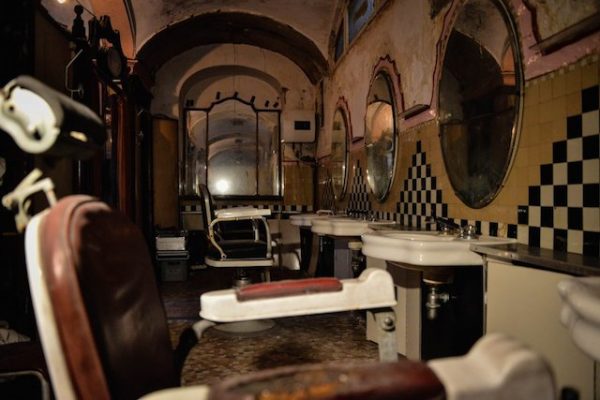 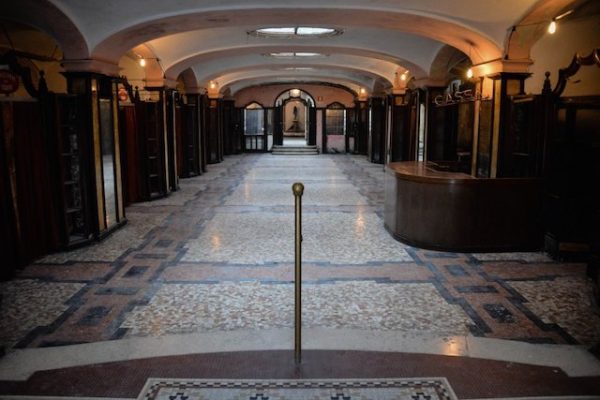 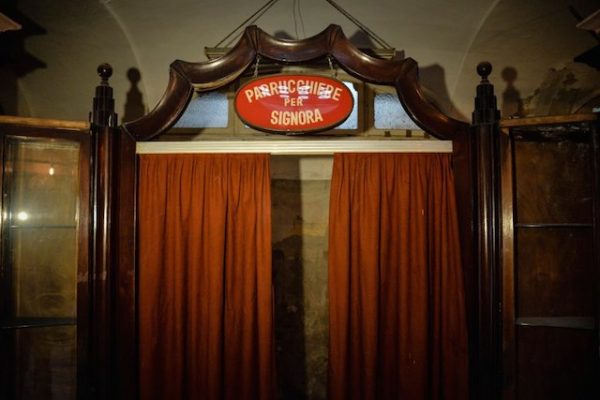