Perched under cliffs in the mountainous wilds of central Sardinia, an area as far-flung and sparsely populated as any in Europe, is an unlikely hub of street art: the village of Orgosolo.With a resident population of at least 4200 (including infants) a traditional costume in every wardrobe, ongoing practices such as silkworm breeding and tenor choirs dating from time immemorial and the grave observance of manifold religious festivals, it hardly sounds like the sort of place unsanctioned-art pilgrims would flock to. Mind you, for hundreds of years it was also a hub of brigandage (no longer ongoing), and the locals have a bit of a reputation for resisting authority when it threatens their sheep-herding livelihoods.

The story goes that a group of Milanese anarchists signing themselves Dionisio left a mural there in 1969, and wall-paintings multiplied a few years later when a left-leaning art teacher originally from Tuscany, Francesco del Casino, took to the streets with pupils and palettes to commemorate an anniversary of the Italian resistance movement. After that, it was practically a free-for-all, with artists of some renown as well as ad hoc local groups contributing to the singular, and more or less professional, decoration of public and private buildings and even the rocks on the outskirts of the village.

There must be at least 200 scenes by now, in a broad range of styles and regularly restored, the majority still conveying a political and/or social message on issues from specifically local to global. Collectively, they’ve put this backwoods village on the map and spawned imitative phenomena in several other parts of the island – definitely more a case of jumping on the Orgosolo bandwagon than any age-old Sardinian street art tradition. On the map but still remote and relatively pristine, this inland area known as the Barbagia. Stunning hill and mountain landscapes, flora and fauna surround Orgosolo, revealed in all their glory from hiking or biking trails; venerable local customs and crafts still abound; prehistoric remains are two a penny; mutton, cheeses, sweets and wines are to die for. So there’s more to do, once you’ve got there, than just figure out the murals. 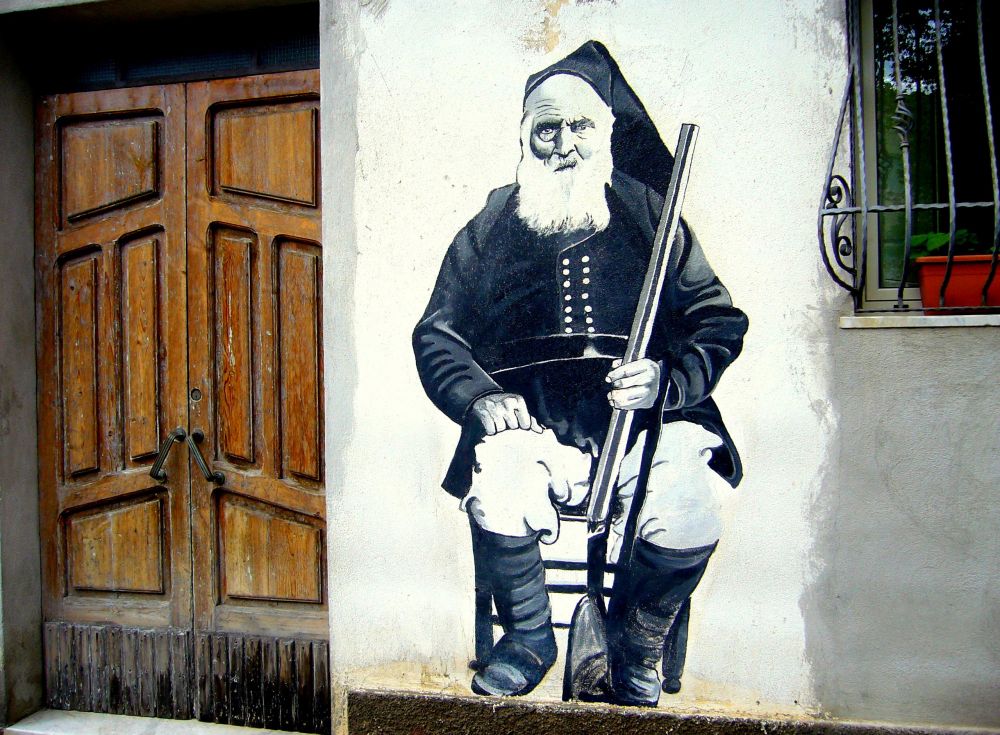