Architecture studio Piuarch is quite a favourite with Dolce & Gabbana. It may well have bagged exclusive rights, as the new Milanese office building of the ultrachic fashion house is at least the fifth commission in a decade. This one is right next to the Dolce & Gabbana Metropol in Viale Piave, the glitzy space for fashion shows and events designed by the same Piuarch team (Francesco Fresa, Germán Fuenmayor, Gino Garbellini and Monica Tricario) and completed in 2005. And though the concepts are completely different, the new block shares materials and features with its neighbour to establish some visual continuity.

The building extends behind the narrow façade on Viale Piave in three parallel volumes, the central one suspended above an ample courtyard and linked to the others by a perpendicular body as well as a series of stairways and footbridges. Externally, it’s characterized by square modules: the Viale Piave façade is all in glass with staggered steel brise soleil forming the squares, while those around the courtyard have more austere panels in Glass Reinforced Concrete encasing windows. The open-space offices are plain and functional with bare concrete ceilings. But floors at ground level, both indoors and out in the court, are tiled with basaltina, a volcanic stone from Sicily with a distinctly Mediterranean connotation, now practically a trademark of the D & Gworld of architecture. 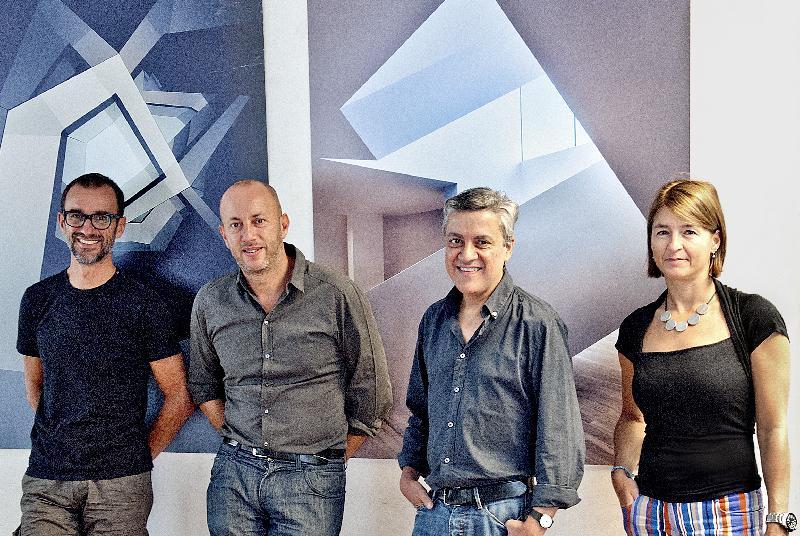 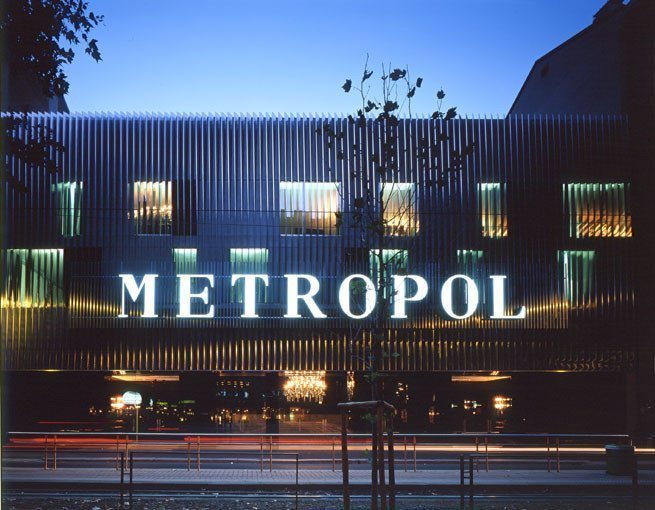