Sardinian stylist Antonio Marras closed his flagship store in Milan‘s plush fashion district last year. That’s the bad news. The good news is he reopened in trendy Tortona-town, in another of those so-contemporary abandoned industrial spaces.
The new store is accessed from a leafy yard in Via Cola di Rienzo, right next to the Marras showroom and kitted out in much the same garb: not the ultimate minimalist design but rather an exquisitely calculated, dog-eared-and-faded style that can only be described as (more) shabby-chic.

The look includes patchy walls where the plaster has peeled off, vintage furnishings and a book tower almost ceiling-high made from recycled wooden boxes. Books, yes, because along with the latest Antonio Marras collections the shop has works selected by publishing house Corraini, sundry items for interiors, flowers and artworks. It’s intended as a place to meet up with friends, maybe lingering in the bar area over some Sardinian sweetmeats.
The singular name NonostanteMarras apparently derives from the designer’s initial reluctance to commit to the new venture; it went ahead in spite of him. 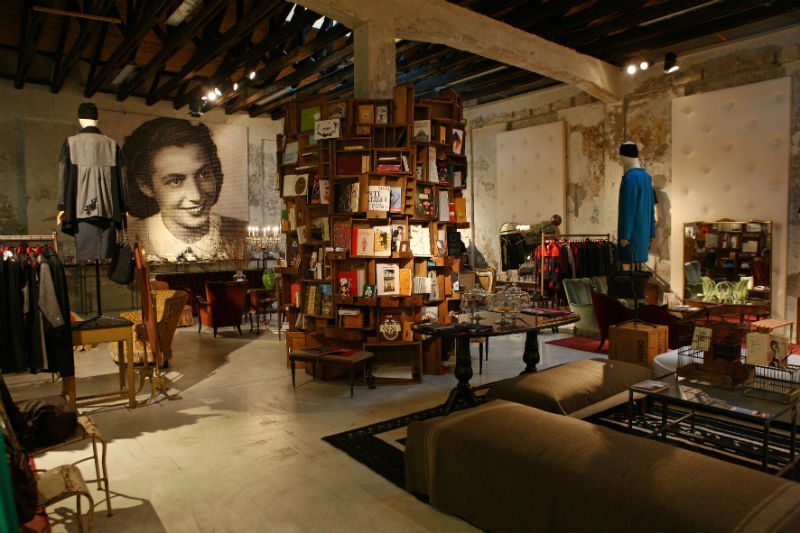