Creative dining in Milan comes in infinite variety yet Rebelot rings the changes, in more ways than one. A singular sort of bistrot and/or a sophisticated tapas bar which makes unorthodoxy its mission, it’s the rebellious little sister of Michelin-starred Al Pont de Ferr. Indeed it shares an address with that venerable institution, right on the Naviglio Grande. And naturally gets its share of the immense talents and charm of revered owner, hostess and sommelière Maida Mercuri. Just two rooms, one of which has counter seating facing directly into the open kitchen, preserve the bygone-days rustic style of the canal-side building: lots of exposed brickwork and lots of wood, the gaps filled in with iron and glass. It’s warm and welcoming, with attitude. There are the usual tables outdoors too.

Food and drink, on the other hand, are distinctly less traditional. To start with, servings are small and customary courses irrelevant. You canchoose your immaculately composed tasting portions à la carte, but Rebelot would really like you to order a gastronomist’s menu of 4 or 5 dishes or a tasting menu over which you have no control at all: chef Matteo Monti (who grew up at Combal.Zero) decides what you get and in what order. And if you’re prepared to venture still further into unknown territory, he then pops his head round the corner to consult with mixologist Oscar Quagliarini (a Top World Bartender) who’ll concoct perfectly-paired cocktails. Neither the dishes nor the cocktails will be in any way ordinary: cuisine at Rebelot is haute and more than a tad nouvelle; combinations are judicious but original. It’s meant to be fun but also a gastronomic experience.

The menu’s online, or is it? It changes, you see, according to the seasons, according to the finest raw materials available, according to the whims of the chef. In a year, they say, they go through 250 different small plates. As you’d expect from a place owned by Ms Mercuri, there is also a list of meticulously selected Italian and international wines, many available by the glass. And for real connoisseurs, hundreds of more precious bottles not on the list (some are one of a kind) but yours for the pre-booking. Rebelot means pandemonium in Milanese dialect, but no worries: it’s an orderly kind of free-for-all at this Rebelot. Rebelot del Pont, or indeed its big sister Al Pont de Fer, could be a stop on one of our expert-guided Milan walking tours: for more info and contacts visit Milan Experience Tours. 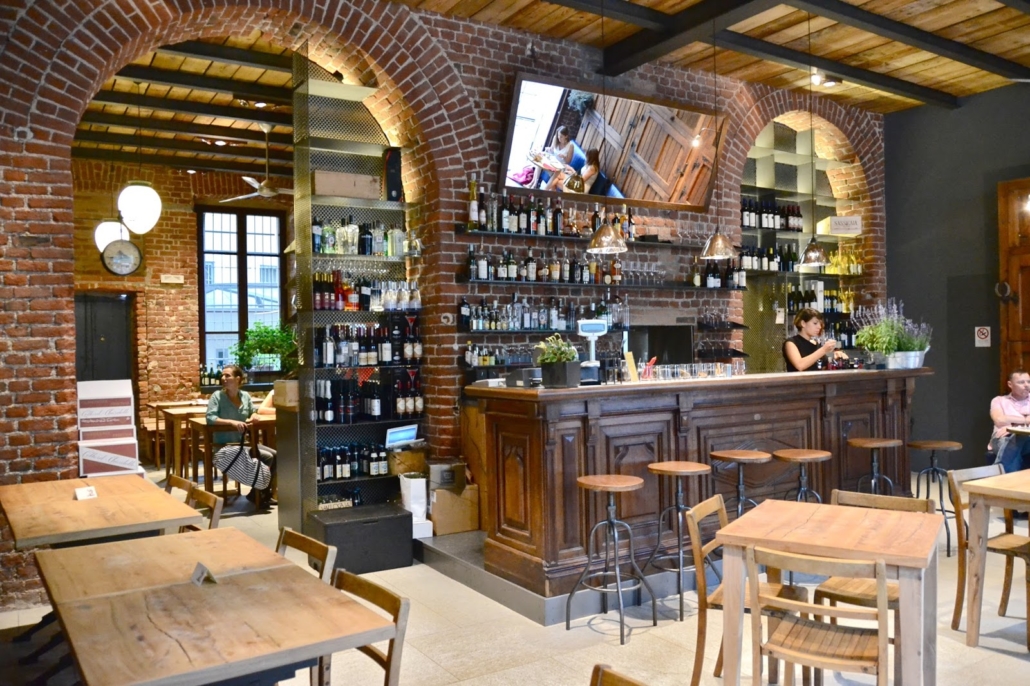 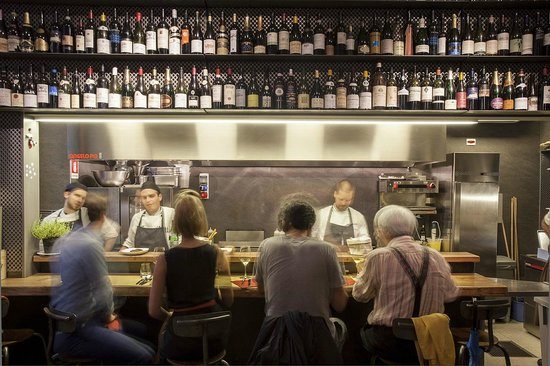 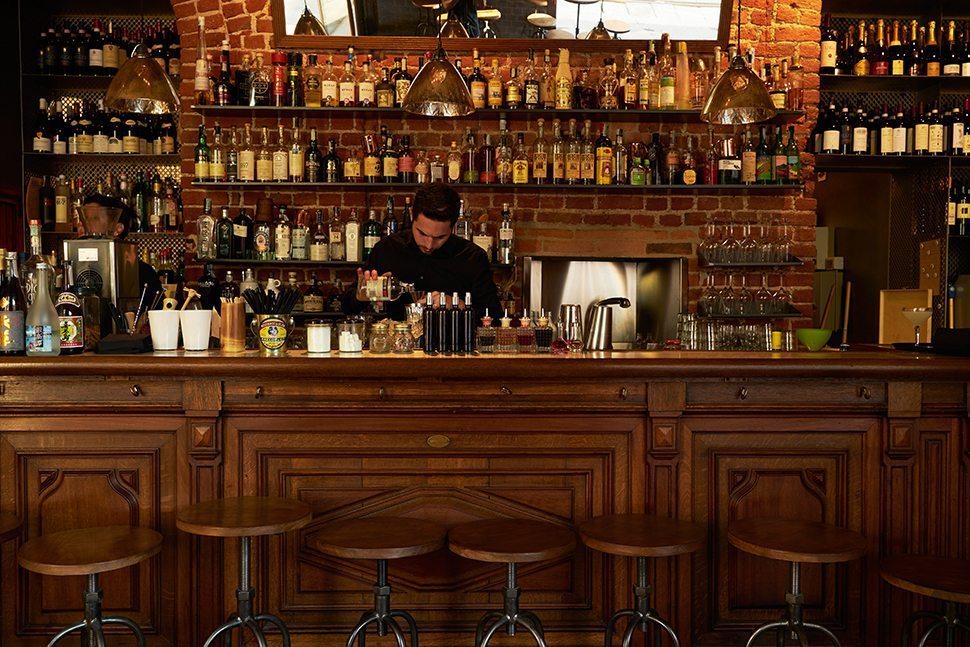