With unique rooms on one of Modena’s loveliest squares – and that’s saying something – Il Fonticolo is quite a find. To begin with, though it modestly refers to itself as a room-and-breakfast establishment it’s actually much more than that. Each of the three rooms is more like a small apartment, including a living-sitting area and a kitchen equipped with all you could need if not to throw a dinner party at least to throw together a meal for two. But it’s not the kitchens that make Il Fonticolo so singular – they’re functional but pretty nondescript. It’s the room décor. For each is carefully and lovingly appointed to a precise period theme, inspired by and dedicated to a specific Italian artist (in the broad sense) – and that includes the bathrooms.

On the first floor, Jacovitti, vintage 1970s with a hefty nod to graphics in honour of the great and prolific comic artist. On the next landing up, D’Annunzio, after that extravagant writer, military hero, political leader and decadent of the turn of the last century; a room with a literary feel, brimming with the paraphernalia of the era. That one was mine for a few days and I revelled in it. And up at the top of the building, with the best view over the rooftops and monuments of the town centre, and the biggest with an actual living room, cinematic Fellini: dreamlike interiors blending Baroque and fantasy. It’s all there down to the last detail, in the original furniture and lamps, the unusual artwork and the vintage bric-à-brac, and many of these objects have a price tag attached, should they take your fancy. A generous continental sort of breakfast arrives on a tray, preceded by the scent of warm croissants and a knock at the door, at your stated time. The kitchen is already equipped with the wherewithal for tea and coffee.

And the location? The Via Castelmaraldo address is effectively on the perimeter of Piazza della Pomposa, a broad, mostly 18th-century square with an imposing church, rectory and the rectory garden right in the middle. The distinctive little fountain itself, il fonticolo dell’oste, is on the outside of the garden wall, right opposite Il Fonticolo of the rooms. By day it’s charming and quiet but within shouting distance of Piazza Roma and barely 5 minutes from incomparable Piazza Grande. By evening it’s the place to go for nightlife in the centre of town, buzzing with a young, trendy crowd hanging out in and outside the umpteen bars and restaurants. The rooms are soundproofed, by the way: if you’re not out there carousing, you’ll sleep like a baby. 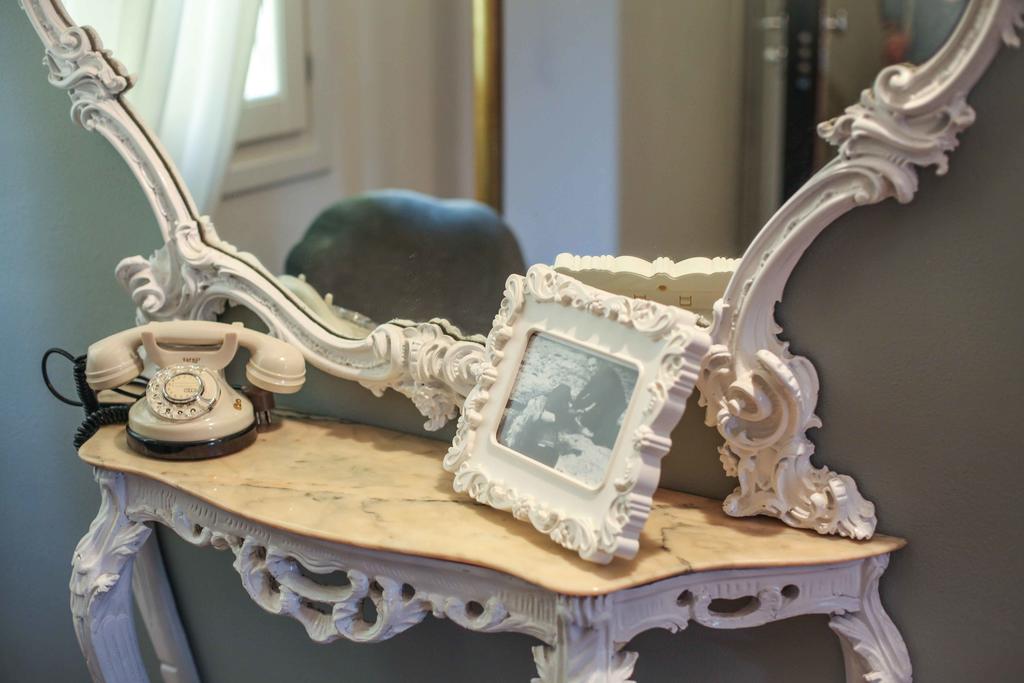