New premises for award-winning winery Nals Margreid, up in the Trentino Alto Adige region famed for its high-altitude orchards and vineyards. This season’s harvest, from 140 growers making up the cooperative with crus spread over a wide area around Magrè and Nalles, has been collected and vinified under the one roof of the renovated and extended buildings next to the church.

Under a crest of porphyry rock, architect Markus Scherer of nearbyMerano has restored the historic vaulted cellars and connected them to new ones, still partially underground, designed for steel vats. A pressing area and a hall for barrique storage complete the modern structures, topped by a conspicuously angular flat roof.

There’s a stark contrast with the forms of the traditional farm buildings, but Scherer has softened this using natural wood and colouring the concrete structures to tone with the purplish local stone.

You’ll come across Nalles and its excellent crus on the South Tyrolean Wine route. At Nals Margreid, the wine bar and shop are open to the public, but winery visits and tastings – think of those fragrant Muller Thurgaus and Gewurztraminers – need to be booked. 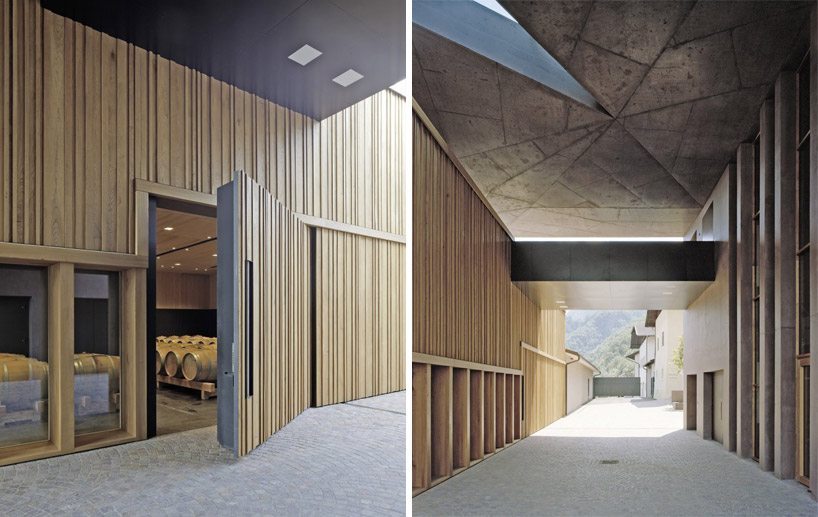 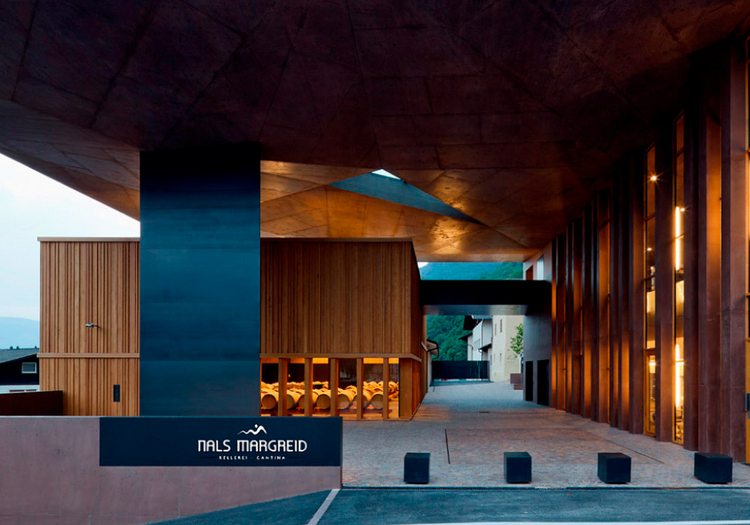