One of Palermo‘s most refined eateries, the Osteria dei Vespri occupies the former stables of one of its most splendid palaces, noble Palazzo Gangi in the heart of the old city (where the grand ball in Luchino Visconti’s award-winning epic The Leopard was filmed almost 50 years ago).

Brothers Alberto and Andrea Rizzo preside in this elegant and expensive tavern (80 euros for the set tasting selection), the former in the kitchen and the latter among the tables. Traditional Sicilian cuisineunderpins a varied menu, with much emphasis on local produce and the use of several Slow Food presidia. But take note that chef Alberto also has a bent for innovation, for revisiting the classics and experimenting with exotic techniques and unfamiliar combinations.

The Osteria boasts a well-stocked wine cellar, with a huge variety of  Sicilian labels – around 350 in an ample range of prices – but no lack of choice from other Italian regions and some from around the world.

In summer, tables are laid outdoors in the lovely, quiet square which is also home to Palermo’s Gallery of Modern Art.

Thanks to Tito Di Maggio for recommending  … 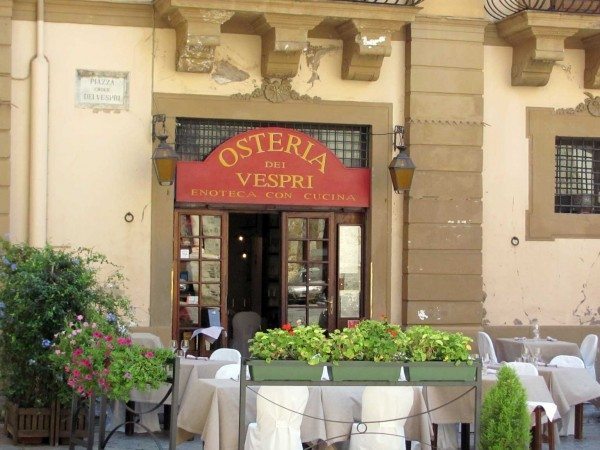