When you’ve seen the unmissable and marvelled at the top sights of this still lawless, querulous, unique city of extremes, it’s time to get to know Naples better. It’s time to delve deeper into its lesser quarters, off the beaten track, to see other sights and smell the real smells –  of which there are indeed plenty. In other words it’s time to connect with a group of good citizens who regularly organise a multitude of cultural events in some of the truly characteristic neighbourhoods, specialising  in guided walks.  When I say specialising it’s no exaggeration: the Sunday walking tour in the Vergini and Sanità districts arranged by Viviquartiere has barely missed a week since the association was founded in 1996! Here’s a taste of what they’re up to in the next week or so.

An evening walk around Materdei, a  district of two souls caught between the lower reaches of the city and the smarter Vomero hill, takes place next Saturday, March 23. The bottom end is where Vittorio de Sica filmed L’Oro di Napoli in 1954, with a shamelessly curvaceous Sophia Loren kneading pizza dough at a street stall. Naples’ gold may be pizza, but its also the wealth of second-fiddle churches and palaces. This walk takes in both: food tasting and artistic treasures. The meeting point is the Materdei underground station (Line 1 – don’t miss it!), at 5.30pm. On Sunday 24th and then again the following Sunday, the Viviquartiere staple: a walking tour of the Vergini and Sanità quarters. There’s a cinematic connection here too, these being the favourite haunts of one of Italy’s 20th-century geniuses: comedian, actor, writer and singer Totò. It takes in visits to convents and catacombs, Palazzo Sanfelice and Palazzo Spagnolo as well as the much-venerated Basilica of Santa Maria della Sanità. Again, not without sustenance in the form of exquisitely local snacks. This walk starts at the Piazza Cavour (Line 2) underground station at 10.00am. There’s fun to be had too, with animation during deambulation by Neapolitan theatre companies Scugnizzi ‘e mò and Pazzianne e Redenne. All for a modest fee. Call or email for details and to let them know you’re interested. 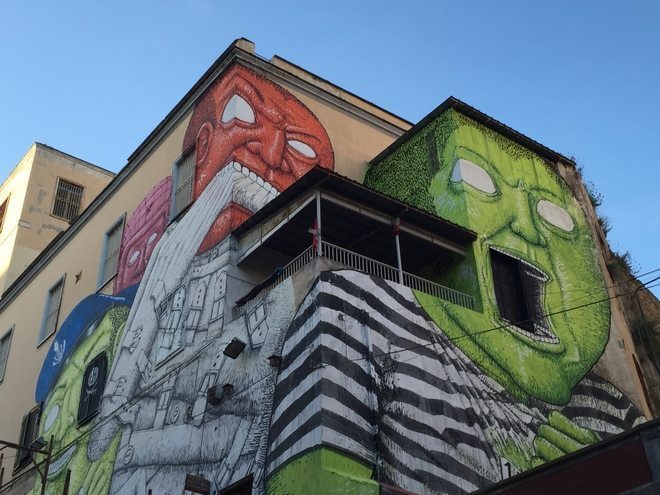 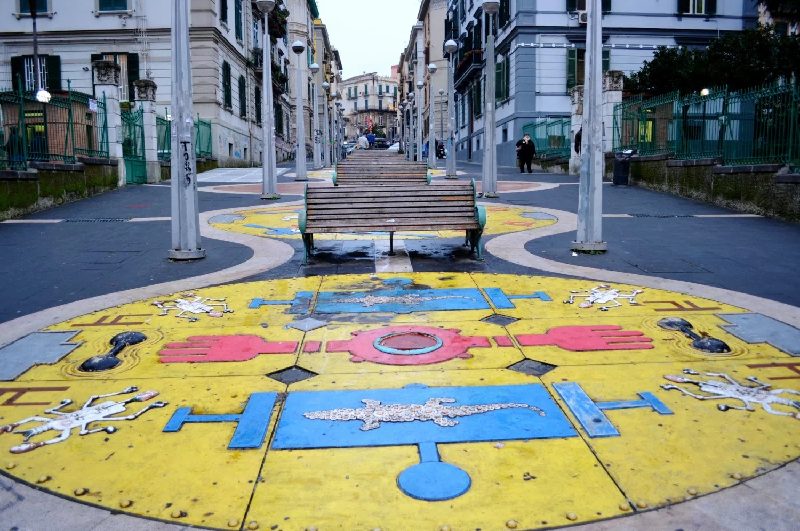