Almost as far south as you can get on Italian soil, discounting a tiny island or two, is the little town of Noto in Sicily’s bottom right-hand corner. It’s one of those jewels of Sicilian baroque, immortalised in the UNESCO World Heritage List as one of the Late Baroque Towns of the Val di Noto. Well, what we have here is both emblematic baroque and superb contemporary hospitality. Seven Rooms Villadorata is a boutique guesthouse in one of the most sumptuous palaces in town, inspired by a French château and completed in 1737 for the baron of a nearby estate. But the present-day protagonist of this story is Cristina Summa, who spent her childhood in its shadow, went on to work in tourism, and then fulfilled a dream by acquiring the building several years ago and restoring its original dignity and style. She lives there now, owner and manager, sharing breathtaking views from an enormous terrace with her guests.

The seven rooms are named after the winds – mythological names but real winds – that blow over this far outpost of Italy. Four are superior in denomination and size, having impressively high vaulted ceilings and in some cases original frescoes. But the others, standard rooms, have the same consummate elegance. White is the dominant colour, offset by warm natural tones like that of the local stone, which gives the décor a contemporary feel though the style of the furniture is more classic French. Fabrics are luxurious, but then really nothing’s been overlooked in Cristina’s quest for quality combined with intimacy. That includes breakfast, in a setting as refined as the rooms but with a minimum of food miles, homemade or locally produced. And the restaurant too, in the building’s basement, but that has its own story, another story… The Villadorata palace is bang in the centre of Noto, so that balconies look out over the main street and the cathedral, or the market square, or the internal courtyard with its two magnificent palms. Facilities and services are first-rate but personal too: Cristina can arrange transport, tours, boat trips, whatever. With all this talk of baroque hill towns and their architectural and artistic treasures, don’t forget that some of Sicily’s most beautiful coastline is minutes away: just try looking up the Vendicari nature reserve and the beach at Calamosche. 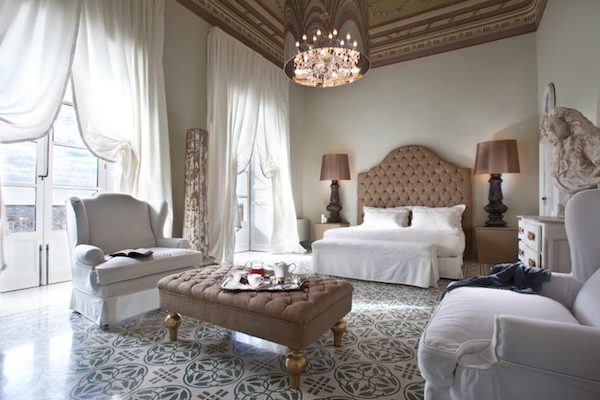 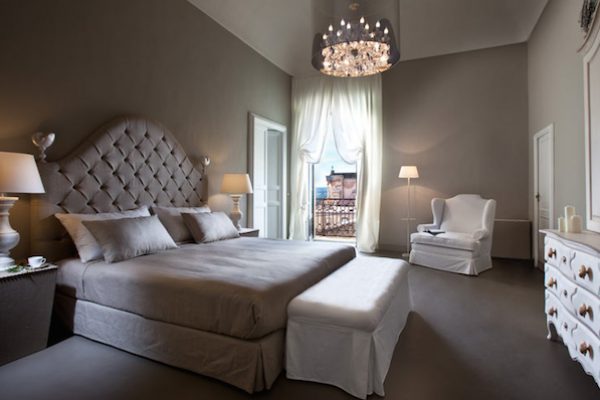 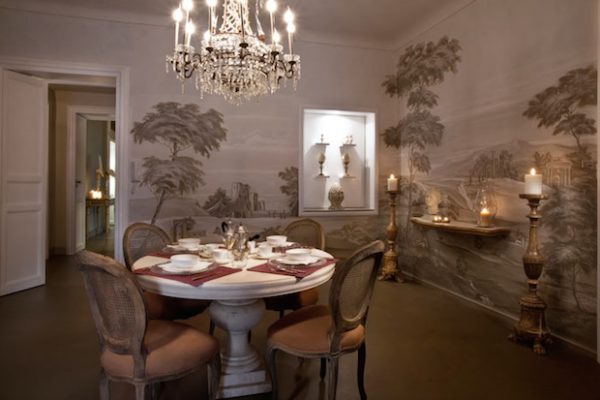