An icon of Italy’s legendary coffee culture turned 80 this year. We talking the domestic front here, not the chic cafés lining piazze all over the land where Starbucks still fears to tread, or the bar on the corner of your street, a bit tacky but invariably serving up the ultimate espresso. We’re talking about the original household Moka Express. It was invented in 1933 by one Alfonso Bialetti up in the foothills of the Alps, in Omegna to be exact. Bialetti had opened a workshop in a nearby town making semi-finished aluminium products. His moment of revelation, and a revolution for coffee-making, came – so the story goes – as he watched women boiling up the laundry with lye and saw the foam issuing upwards into a separate container. So he imagined dense expressed coffee bubbling up from a canister on the stove through a filter-full of finest grounds.

The Bialetti Moka Express, though, had to wait for the post-war boom for industrial production to take off, in the capable hands of Alfonso’s son Renato, caricatured in the inimitable Bialetti logo which distinguishes it from inferior imitations. It was made in all sizes up to 18 cups, and eventually in several variations not one of which was an improvement. Before it became trendy to have an espresso – let alone Nespresso – machine on your worktop, no Italian kitchen was complete without a Moka sitting on the hob or in abeyance on the draining board. Never washed, mind, only rinsed out…  And it’s still there in mine, the original aluminium job with the Bakelite handles. 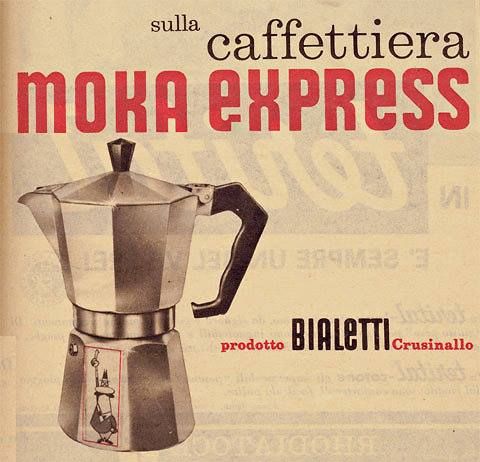 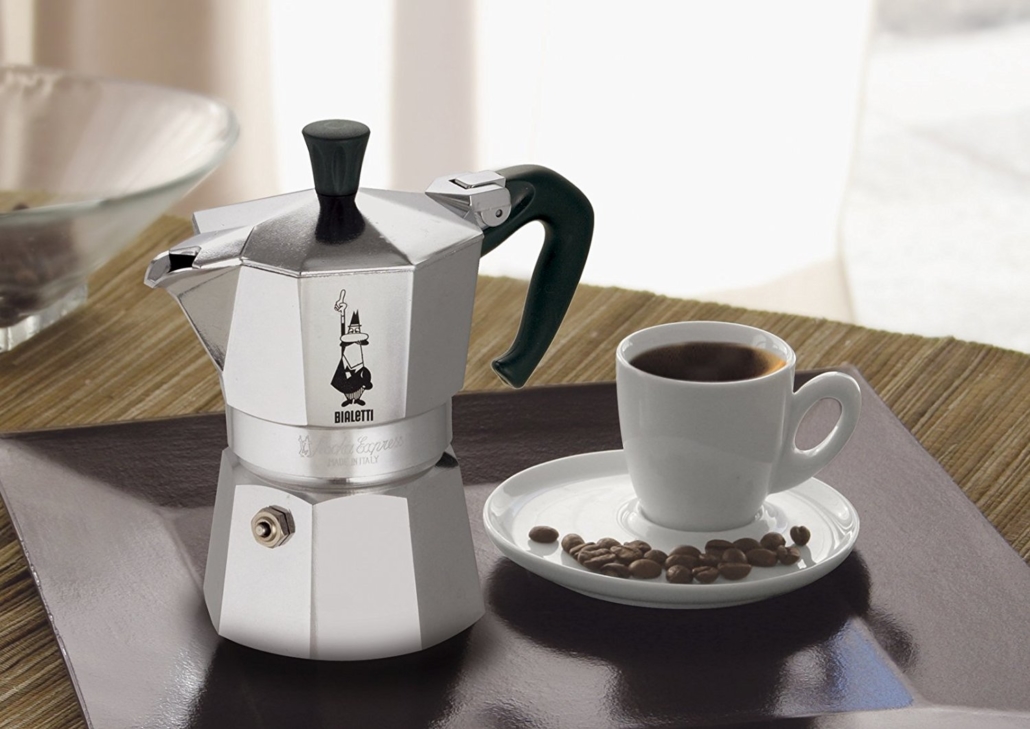 Genoa | Tip of the Iceberg