Genoa | Tip of the Iceberg

Summer 2013 saw an amazing addition to the already awesome aqarium in Genoa, one of the largest in Europe and pride of the Ligurian port city. It’s a new floating cetaceans pavilion – a dolphin tank for the uninitated – and it bears the illustrious signature of native archistar Renzo Piano. The 94 x 28 m concrete structure was tugged to its final destination in the ancient harbour, after partial construction offsite and final assembly in one of the Genoese shipyards. In what is no mean feat of marine engineering by the RPBW collaborating with Officina Architetti, the new structure has seven levels but rises, for the most part, just three metres above the water’s surface: what you see is just the tip of the iceberg, all 26 000 tons of it.

So low in the water and generously glazed, it barely registers on the harbour skyline. But the new pavilion houses one large tank, filled with 3 million litres of purified sea water, and 3 smaller nursery and medical tanks, with more than enough room for 10 bottlenose dolphins. Visitors can see and even interact with them from above and at their own submarine level from a long, glass-sided tunnel or through a 20m acrylic viewing window. The original aquarium turned 21 this year. That too was designed by Piano and built for the 1992 Genoa Expo, celebrating the 500th anniversary of the discovery of the new world by another native, Columbus. It gets well over a million visitors every year. 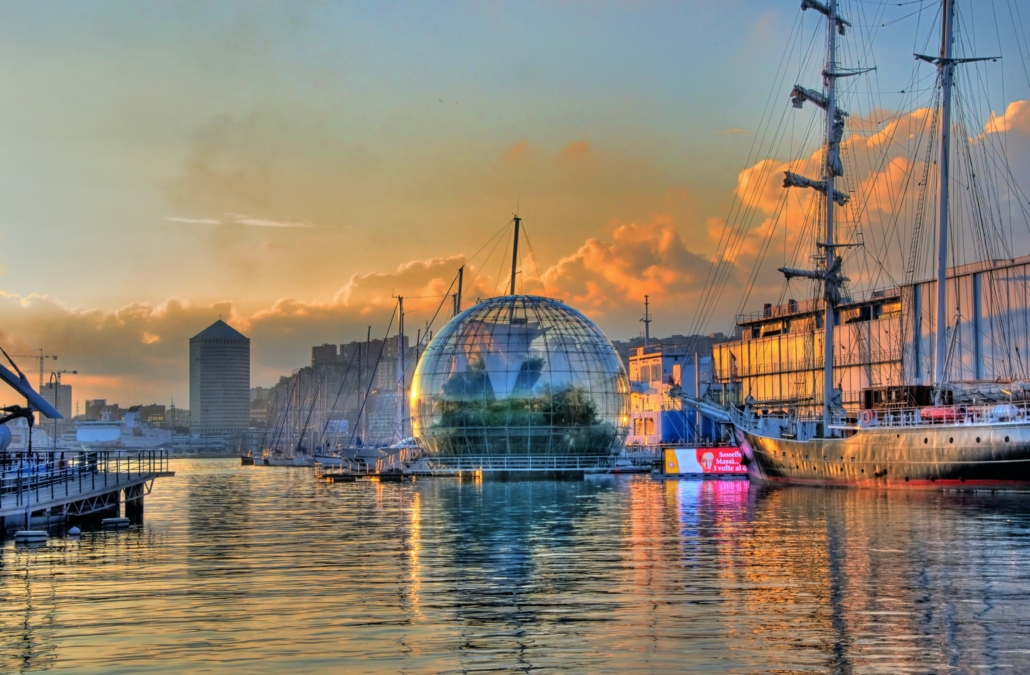 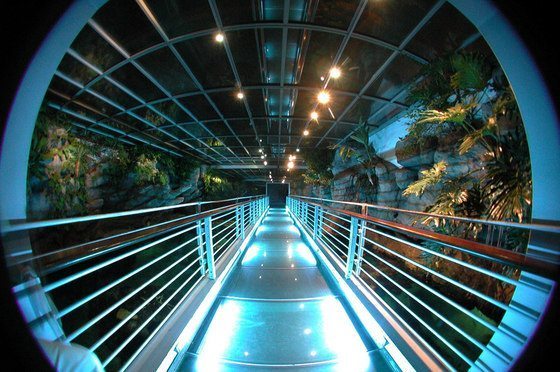