Here we are back in Pizzo Calabro, as promised, to highlight its renown as Italy’s ice cream capital. Not that a good many other towns down here in the southern regions of the boot wouldn’t make the same claim. But Pizzo, at least, is officially recognised as the home and fount of the true tartufo gelato, the ultimate ice cream truffle, with a national Protected Geographical Indication, no less. The Tartufo di Pizzo (I.G.P.) is Calabria‘s pride, dessert-wise. Made in single portions, the celebrated original is an irregular sphere of chocolate and hazelnut ice cream with a melting chocolate heart, coated in cocoa powder. It vaguely resembles a black truffle if you exercise a great deal of imagination, like so many other chocolates but larger, whence the name tartufo nero.

While rival ice cream makers were already throwing down the gauntlet all over Pizzo in the 1930s, it was newcomer from Sicily Don Pippo De Maria, proprietor of a bar in the main Piazza della Repubblica, who invented the truffle in the 50s – or so legend has it. Today the town is bursting at the seams with gelatai and gelaterie, preparing and serving an infinite variety of mouth-watering ice cream goodies alongside the celebrated truffle, in its timeless chocolate version and variations featuring coffee and cream (tartufo bianco), pistachio, various fruit flavours, and even a licorice one from Callipo. The I.G.P. designation dictates they’re made from fresh, natural ingredients, blended according to an artisanal process which avoids incorporating too much air. It’s irresistible. Ice cream tourism is thriving down here: they just keep coming back for more. 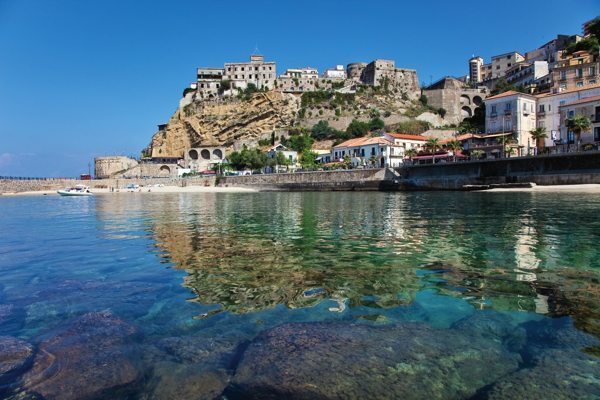 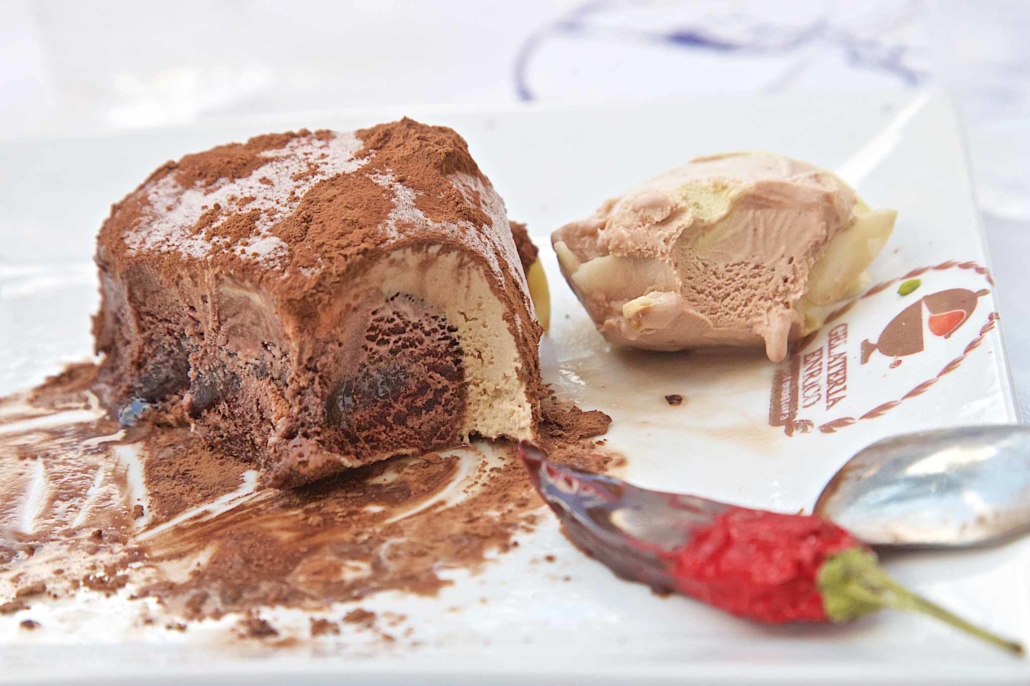