Join us on our Mostly Rationalist tour. You will be shown around some of Rome’s architectural highlights during the 1900’s, which is the basis for another one of our exclusive, tailor-made urban excursions guide by professionals with an insider know-how.

No better place to start than the Europa district, still better known by the acronym EUR for Esposizione Universale di Roma. That’s what Mussolini had in mind when he commissioned plans for a whole new quarter of monumental buildings representative of the Fascist ideology (and with those trademark grandiose names) in an area south of the city centre, by which to impress the world. The Palazzo della Civiltà Italiana is the emblematic centerpiece of the EUR, an icon of Fascist architecture also known as the ‘square colosseum’ (and recently rented out to fashion group Fendi).

The Palazzo dei Ricevimenti e dei Congressi by Adalberto Libera, started in 1938 but only completed 16 years later, is another fine example of its genre, as indeed is the building officially called Palazzo Mostra dell’Autarchia e del Corporativismo (which probably takes the cake for pompous naming) designed by Mario De Renzi, Luigi Figini and Gino Pollini and housing the state archives. And if this is your cup of tea, then at least another 3 or 4 squarely solid and imposing constructions (the Palazzo degli Uffici and the Basilica, for example, as well as the lake and the obelisk) are worth a look while we’re in the area.

A little closer to the centre is another pile by Libera and De Renzi, the Palazzo delle Poste (1935) in via Marmorata, shaped like a squared C. And more of a similar geometric ilk by Marcello Piacentini, with the new (1935) campus of La Sapienza university, the città universitaria  covering almost 440,000 square metres near Roma Termini railway station, and, along with Attilio Spaccarelli, Via della Conciliazione (1936), the grand thoroughfare connecting Piazza San Pietro to the west bank of the Tiber.

We could also check out Basil Spence’s rather wonderful British Embassy building (1968-71) in Via XX Settembre. And then stop by the Quartiere Coppedè on our way north, going back in time to what rationalism was reacting against. It’s a compound of apartment buildings rather than a neighbourhood, fundamentally art nouveau but capriciously borrowing from a host of other styles, named after the architect, sculptor and decorator who planned it in 1915. On we march northward to the Flaminio neighbourhood and Pier Luigi Nervi’s Palazzetto dello Sport. A 3,500-seat indoor arena designed for the 1960 Olympic games, its architect was actually Annibale Vitellozzi, but the signature reinforced, thin-shell concrete dome, diameter 61 metres and braced by flying buttresses, was engineered by Nervi.

Across the Flaminio bridge is the area known as the Foro Italico, the vast sports complex imagined by Mussolini and planned by Enrico del Debbio by 1933 though not completed until 1968. While we’re there, the Palazzo della Farnesina (Enrico Del Debbio, Arnaldo Foschini and Vittorio Ballio Morpurgo, started 1937 finished 1959) is worth a look. Lastly, the Mosque and Islamic Cultural Centre in the Parioli neighbourhood, designed by Paolo Portoghesi and  inaugurated in 1994, the biggest one in Europe as of yet. 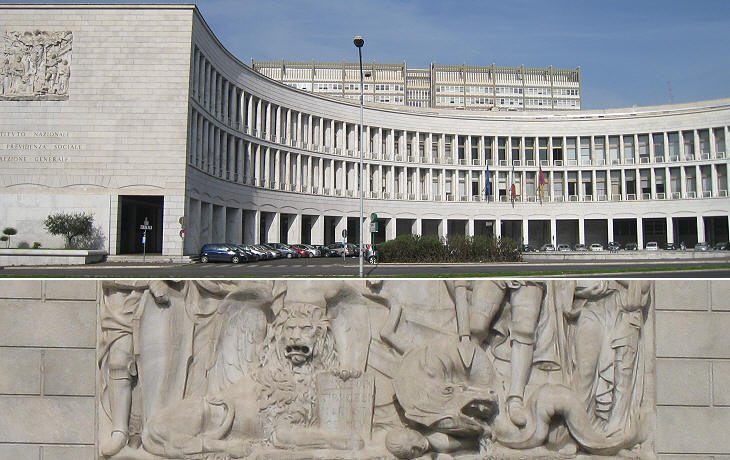 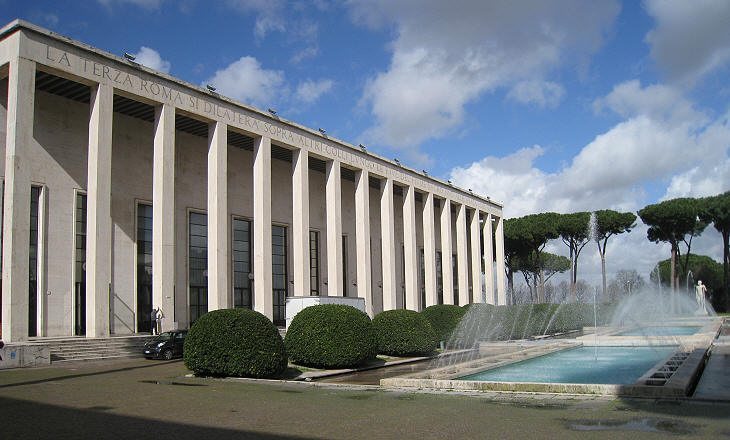 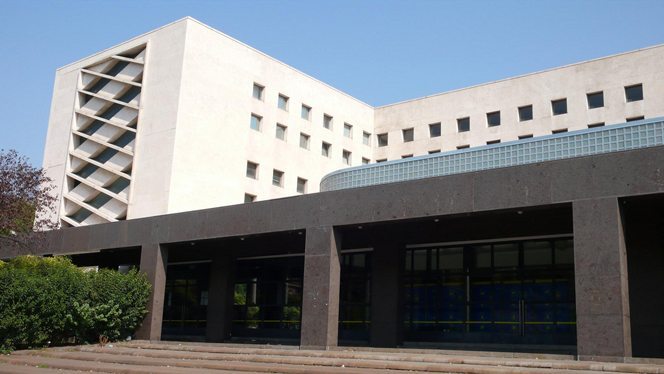 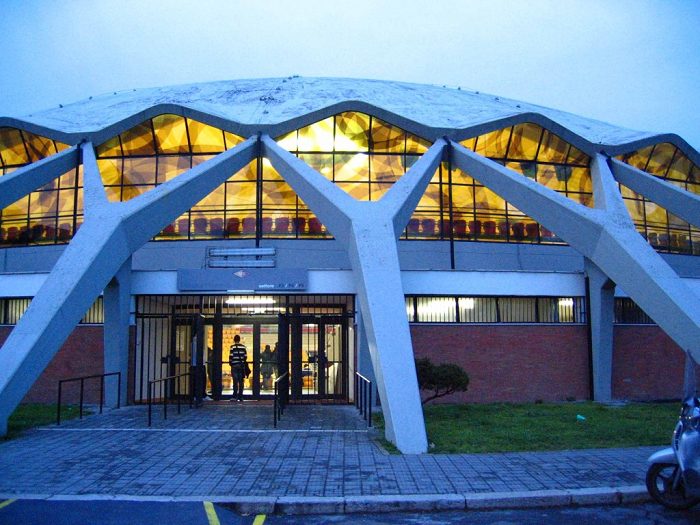 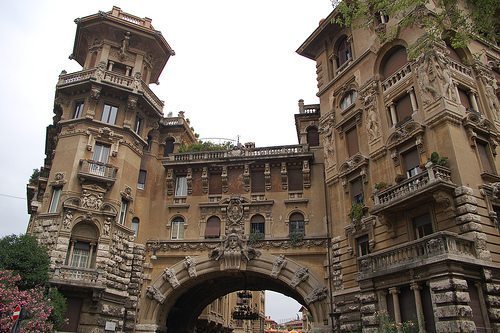