Palazzo Montemartini is Rome’s latest, no-holds-barred luxury hotel, practically across the road from the main railway station and, more to the point, metres away from the original Baths of Diocletian and practically on top of the 4th-century Servian Wall. Inspired by the majestic ancient spa next door, and meticulously renovated by the King Roselli duo, Palazzo Montemartini sports a spectacular zen cascade in its restaurant, a water feature in the lobby, and a rival (but of course utterly contemporary) spa of its own: consummately appointed, 600-square-metre ExPure Spa and Beauty, complete with sound therapy and salt room.

Senses restaurant and lounge bar is another bid for the hedonists: a superb Roman-palatial ambiance in the former ticket office of the Roman bus company. It now offers a sophisticated cuisine which adds eclectic flourishes to Italian traditions, as well as views over the archaeological treasures mentioned above. The antipasti were amazing, I loved the three-tomato pasta al sugo, and the passion fruit parfait – compliments of chef Simone Strano – was to die for. No boutique hotel, this one, but 5-star sumptuousness and services (including conference facilities) on a grandish scale, where hi-tech and ultra-modern elements commingle with the generous spaces, marbles and stuccos of the late 19th-century palazzo.

If the 82 rooms or suites are all individually furnished and decorated, the general style is contemporary white and blatantly elegant. Some are standards, some come with their own spa and fitness equipment, some are business suites with a meeting room, a couple have a small terrace or winter garden, and lastly there’s a penthouse suite which is actually a sizeable apartment suited for private events. And there’s some of the most audacious artwork I have ever seen hanging on a hotel wall anywhere: hats off to whoever make the fantastic selection of photographs, definitely not from some ‘contract’ catalogue! Epicurus himself couldn’t have faulted it, and he’d probably have felt quite at home in the location. I certainly did thanks to the attentions proffered by MD Jacopo Arosio and his colleague Andrea Pierini. 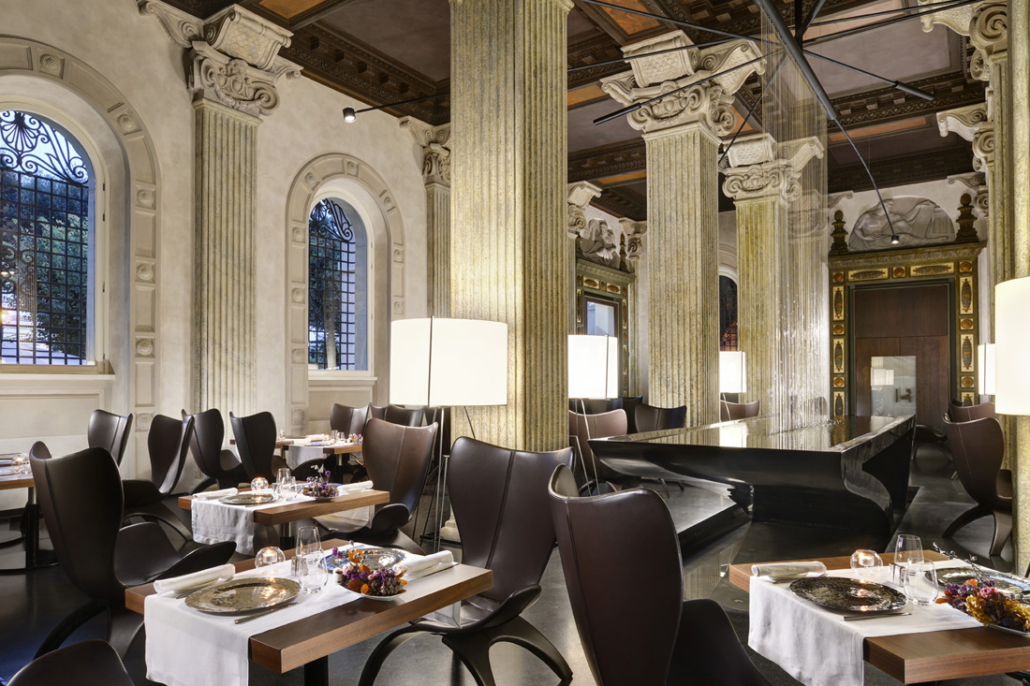 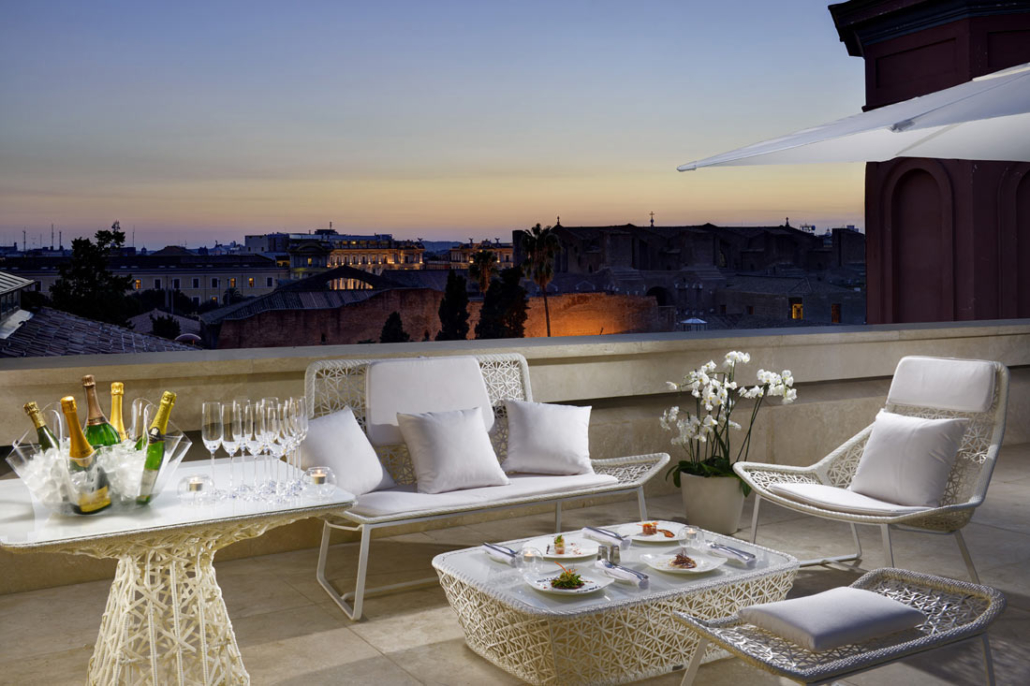