Far from the madding crowds at the Uffizi but still unmistakably Tuscan, here’s a wonderful place to see some – indeed a great many – fine contemporary sculptures and enjoy a rural caper at the same time. Venerable and eminent Swiss artist Daniel Spoerri has an extraordinary collection in a densely wooded park covering all of 16 hectares on the slopes of Monte Amiata, about 80 km south of Siena. He started it in the early 1990s and opened to the public in 1997 so it’s hardly news, and yet new pieces are added every year and Spoerri never tires in his research here – or elsewhere.

The park, Il Giardino di Daniel Spoerri, which he refers to as the Garden of Eden (it was apparently marked Il Paradiso on old maps), now boasts over a hundred sculptures and land art installations by more than fifty internationally acclaimed artists including himself, most if not all donated to the Foundation Spoerri set up. Here’s the full list of those artists and their profiles. It’s a gorgeously remote and tranquil place, reached via winding country roads sometimes impassable during the winter months (the Garden is open from Easter to October), and an extraordinary experience. You might just wander and be amazed and enchanted by what you come across, or follow the map and seek out, like a treasure hunt, the olive grove where three giant drummers are herding a huge flock of geese, the druidic-type circle on a hilltop overlooking the village of Seggiano, grass-covered armchairs, a crescent of bronze heads on columns, or the eerily convincing plane crash scene in the middle of the woods. Take the kids, take a picnic, and take a whole day.

Daniel Spoerri’s life story is international, chaotic and far too long to retell here. Suffice it to say he became known as a visual artist, in the vanguard of several major artistic movements as well as creating unique genres (e.g. Eat Art), after working professionally as a classical dancer and choreographer (back in the 1950s), that he has staged drama, written poetry and opened his own restaurant, and founded a museum in the small Austrian town of Hadersdorf am Kamp as well as the Tuscan sculpture park. He continues to develop totally new projects (jewellery design and textile collages among the more recent) as well as extending existing ones: the Seggiano Foundation has educational goals and recently added botanical research to its repertoire. See here for directions, opening hours, etcetera. It won’t hurt to mention that there happens to be a Michelin-starred restaurant just up the road (and the mountain), Il Silene, or that its exuberant chef-patron Roberto Rossi and his team actually run Il Giardino on a day-to-day-basis as well as the bistrot – Non Solo Eat Art – and some accommodation options within the park. Same telephone number for all. 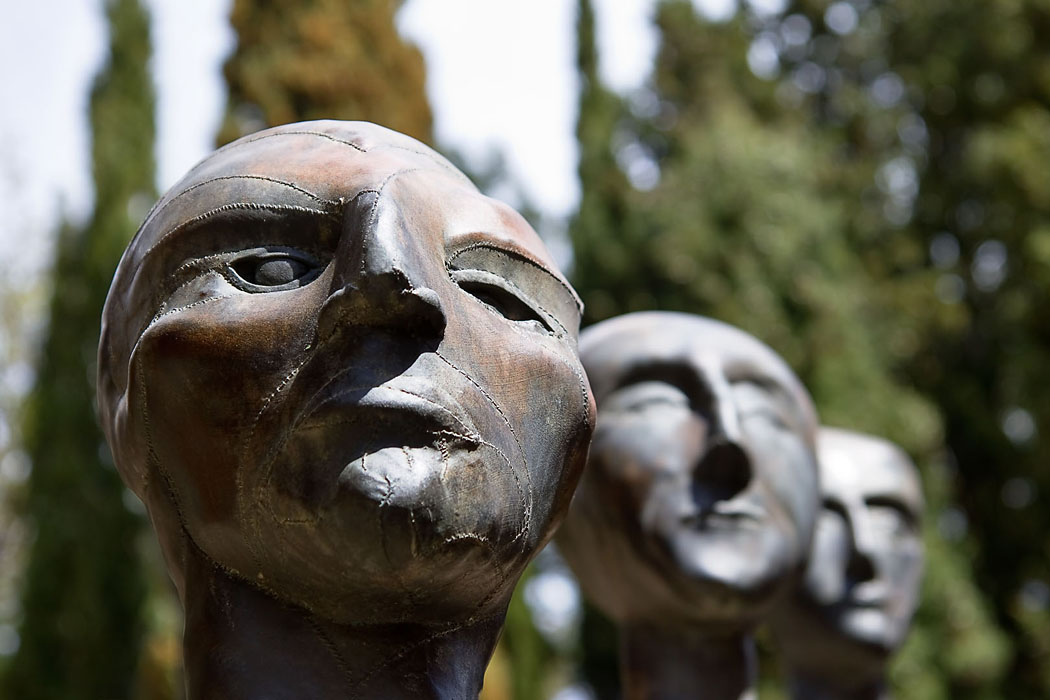 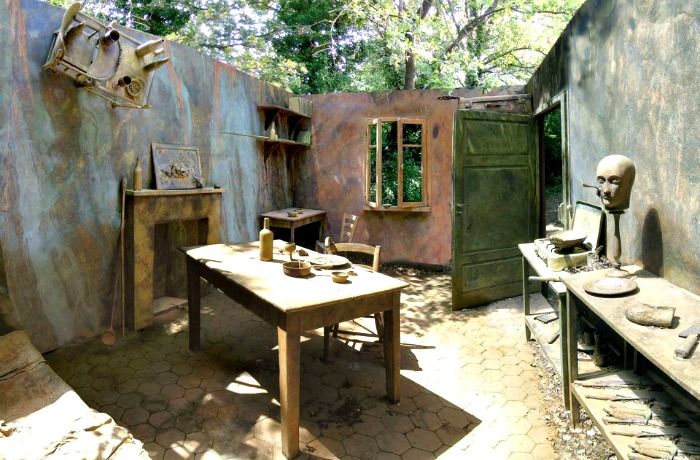 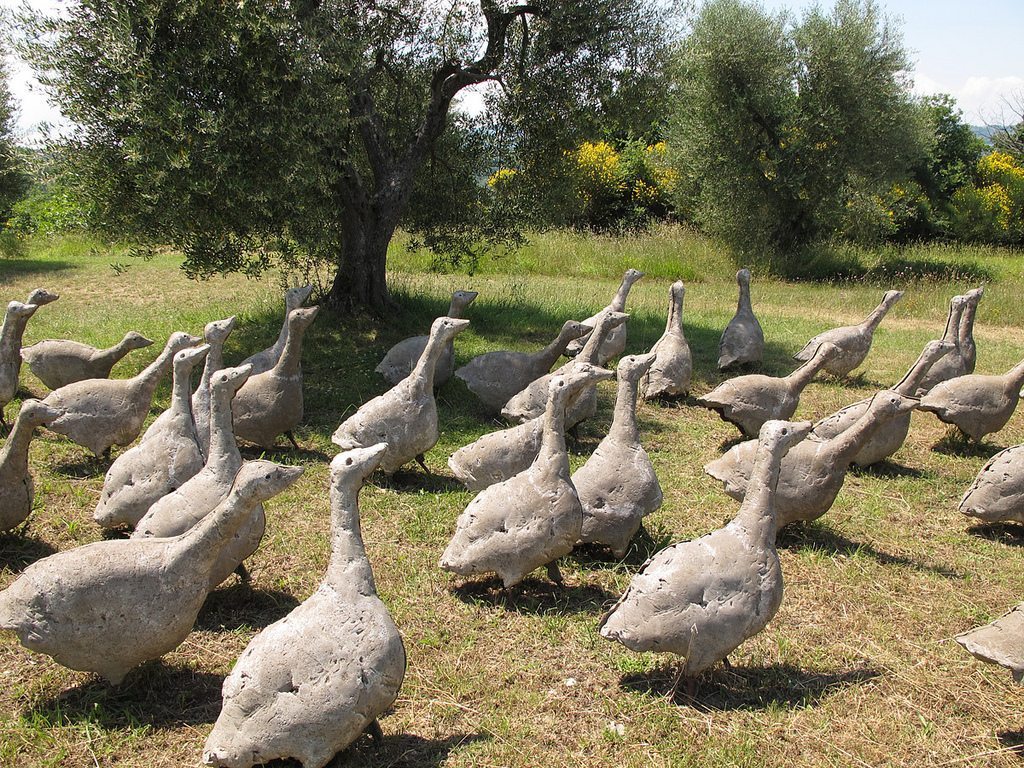