It’s a cliffhanger. La Minervetta clings to the sheer slope above Marina Grande harbour, and the suspense of getting there, on the stunning road carved out of the hillside that winds dramatically almost to the point of the Sorrento Peninsula, elicits several sharp intakes of breath at the very least. The views over the Bay of Naples are simply staggering.

And all 12 rooms in the boutique hotel are blessed with similar panoramic vistas from seriously big windows – and balconies in the case of the junior suite: out to sea, across to Capri, Naples and Vesuvius, over Sorrento itself and almost vertically down to the fishing boats moored in the cove. Better still from the veranda and the ample terraces, where there’s also a pool with hydro massage jets, surrounded by sun loungers and potted Mediterranean flora.

But then indoors is dazzling too. There’s a nautical and generally marine theme throughout: in the colours of glossy tiling, paintwork and fabrics that translates as azure, lots of navy and white stripes, some red. Among an engaging abundance of bric-à-brac in the lounges are shells, model sailing boats and decorative earthenware fishes – but also an eclectic assortment of other objets d’art and furnishings ancient and modern, Vietri ceramics and lots and lots of books.

La Minervetta feels like someone’s lovely home, with all the collected memorabilia of at least one lifetime. And that is how it turns out to be. It was in fact built as a family-run hotel in the 1950s, later entrusted to outside management, and then back into the family fold with a highly personal, very tasteful makeover in 2006 transforming it into a stylish home doing luxury B&B. Breakfasts are personal and tasteful too: a buffet piled with pastries and biscuits, and cooked fare to order, prepared in the heart of the home, the kitchen of the Maison. 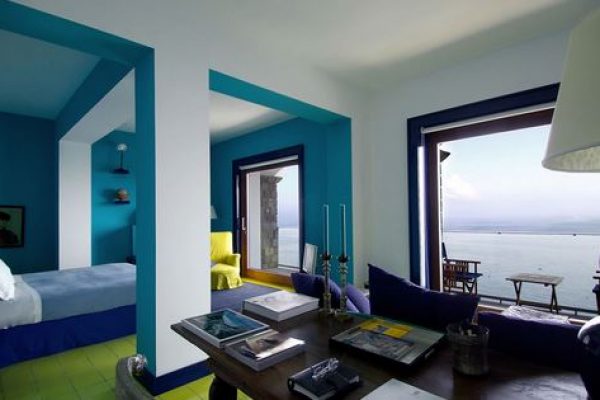 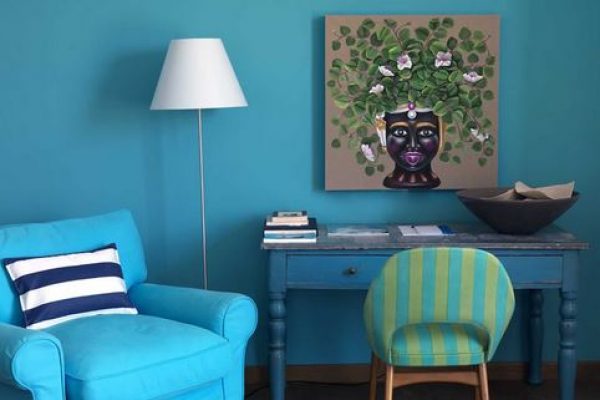 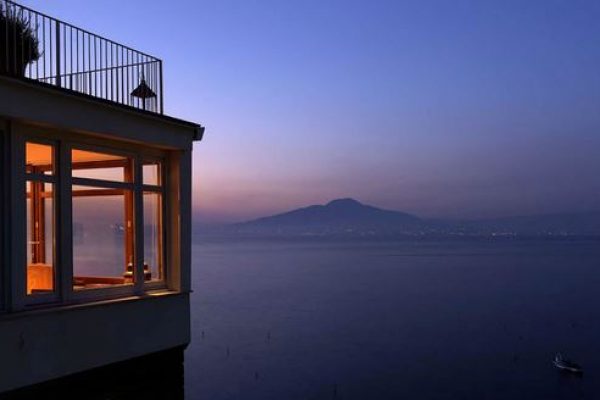