A moderate intake of red wine is widely and wishfully thought to be salutary. The oddly-named bellaUve spa in Umbria takes the concept a step or two further, and invites you to bathe in it.

The spa is dedicated to vinotherapy, as it is called here. Active principles in grapes and vine leaves are antioxidants, but also, it seems, revitalising, purifying, nourishing, moisturising, refining and toning. So all treatments offered use the fruit itself, its seeds, wine, must or vine leaves to benefit the skin and circulation and to relieve stress.

A body scrub with must of Sangiovese; immersion in warm water with Sangiovese wine, red vine leaves and grape juice, accompanied by a glass of Rubesco from the Lungarotti winery (recommended for couples); a relaxing massage with grapeseed oil; waxing with a product containing extract of vitis vinifera; these are just some of the heady items on the treatment list.

The spa area design, by architect Fabrizia Scassellati, is all sinuous curves, intended to evoke a bunch of grapes in its layout and colour and brimming with references to, well, wine.

BellaUve spa is part of the luxury resort hotel Le Tre Vaselle, set in a respectfully renovated 17th-century villa just 8 km from Perugia. It has the wooden beams, terracotta floors, large fireplaces, meanderings and atmosphere of an old country house, and furnishings of studied elegance.

Cleopatra was supposed to have bathed in asses’ milk: try something more potent in Torgiano. 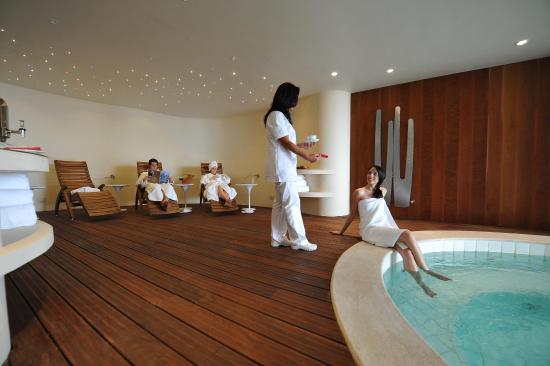 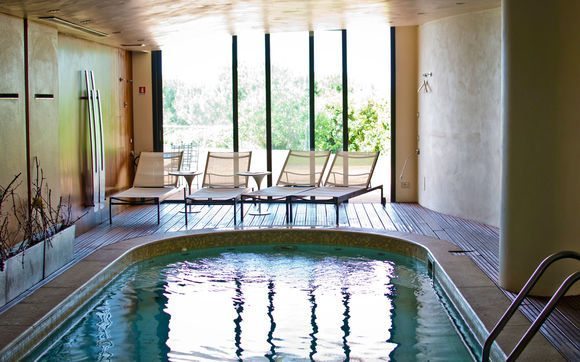