As the name suggests, this is one of the oldest taverns in town, established in 1890 – though there was an inn on the site as early as the 16th century. With a cellar the stuff of legend containing thousands of bottles of fine wine, and good, home-cooked traditional fare from the kitchen, for well over a century the Bottega dei Vini enjoyed local patronage as much as that of passing artists, poets, intellectuals, politicians and other celebrities, from Ernest Hemingway to Silvio Berlusconi, to name but two on either side of an abyss…

So when this temple of Italian wines closed in the summer of 2010, there was uproar in Verona and far beyond, and a fitting consortium of local entrepreneurs in the food and wine sector stepped in to reopen it after only a few months, in the same small rooms with their worn, hostelry tables and benches in darkened wood, with the same quaint old public-house sign hanging outside.

Aficionados of the renowned establishment inevitably feel that something has been lost. There is indeed a glossy new website crammed with videos and spin on its history and reputation. But it still has a breezy, relaxed atmosphere, a mind-boggling list of the world’s best wines, and a perfect regional menu (with a superlative risotto con la zucca when it’s in season). In short, it’s still a must when you’re in Verona and, as such, mentioned in all the tourist guides, so book your table well in advance.

While on the subject of Verona and wine, take note that this year’sVinitaly is only a few weeks away, with a Sunday-to-Wednesday formula which marks a change from previous editions. From March 25 to 28 2012, the town will be buzzing with trade professionals, and, from Saturday 24 to Tuesday 27, with enthusiasts and revellers come to enjoy Vinitaly for You, the fringe festival open to all. 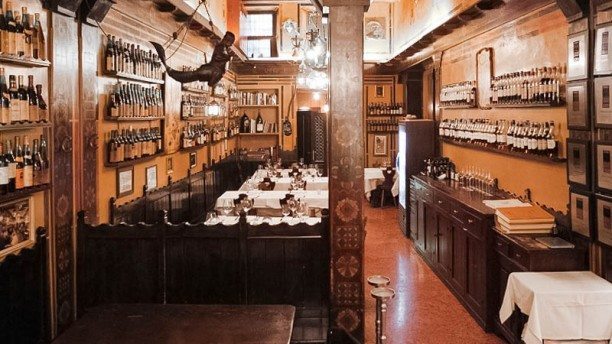 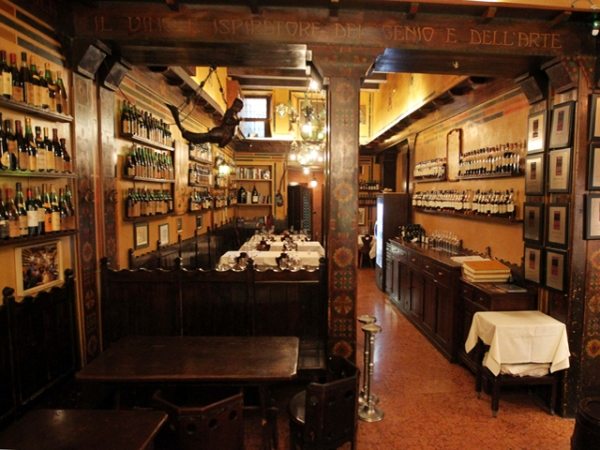