Il Giardino degli Aromi is the name of a non-profit organization founded almost 10 years ago by a group of out-of-work women who usefully employed their time growing and harvesting herbs. It’s also the very real herb garden they established, in the grounds of the old Paolo Pinipsychiatric hospital in the Milanese suburb of Comasina.

It’s wholly organic and rather specialised. They cultivate more species than most of us can imagine let alone name, and not one but 5 or 6 types of basil, for example. They prepare plants and products for sale and offer gardening services. They run courses, organise community gardening initiatives and work alongside other groups in Milan to make the city greener. They are often people with mental health problems.

Like everything else going on within the precinct of the former asylum, Il Giardino degli Aromi stems from Olinda, non-profit cultural collective whose main aim is to integrate such people in society. Working with plants is rehabilitation. But the Paolo Pini project also includes a bar-cum-restaurant and a catering service both using home-grown organic produce,  a theatre, a hostel, and an annual summer festival of drama, film, music and fun for kids called Da vicino nessuno è normale (Close up, no one’s normal) which has put the 1950s northern neighbourhood and the old hospital on the Milanese cultural map.

The Paolo Pini, or Città Olinda, is open to all and just 15 minutes on the underground from Piazza Duomo. You can take in the herb garden, stroll in the grounds and linger over food, or use the hostel as a base for a longer stay, and you just might notice some busy people whose lives have turned around right there. 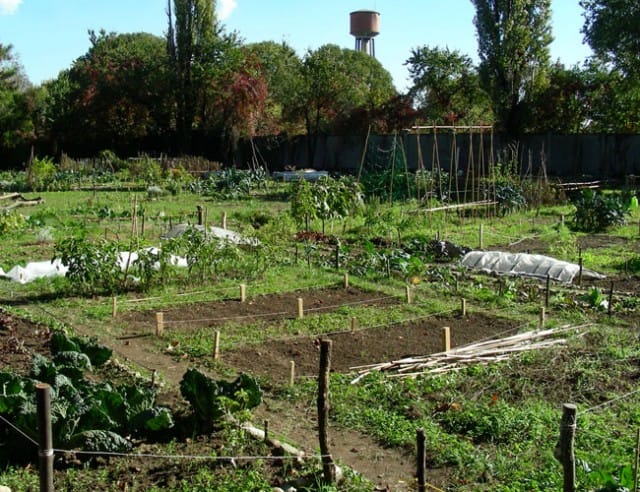