What news from Rome? The Corner Townhouse, that’s what. Not just a hotel with food, or even a restaurant doing B&B, but a contemporary hospitality setup that has just about everything. To wit, 11 very smart rooms, a bistrot and restaurant with star chef, 2 or 3 three bars (one loses count…), a lovely garden, and even a newsagent’s kiosk destined to become a concept store. It opened just weeks ago in the Aventine district of the city centre, close to the Circus Maximus. The townhouse, in this case, is a somewhat curious-looking early 20th-century villa in Viale Aventino, on the sharp corner of Via San Saba, now finely renovated.

At street level, rather like the prow of the vessel, is the café soon to be made over and renamed The Corner Bistreet: a bistrot serving street food, fresh juices and cocktails. The Corner Restaurant is hidden upstairs but independently accessed: it has an indoors/outdoors dining room with lots of greenery and comes over very stylishly. The cuisine is traditional with twists. Wielding command in both kitchens is chef Fabio Baldassarre, one the partners in the radical venture, back in Rome in triumph after a campaign of several years in Milan. (The other partners, while we’re on the subject, are architect Danilo Maglio, Antonio Esposto overseeing the food outlets, and general manager Giuseppe Capasso).

And upstairs too are the rooms, warm and brimming in character with bold colours on the walls and, like the restaurant, a singular retro-classic blend of décor that looks right up-to-the-minute. Up-to-the-minute too are the domotics: just about everything in the rooms is automated and controlled from a tablet. Bathrooms are impeccable. One of the suites, up in the attic, has its own winsome little roof terrace with jacuzzi. What’s left? Ah yes, the charming little bar just off the equally charming first-floor terrace, more or less in the hotel lobby. Another bar in the basement incredibly accessed through a secret door in a vintage telephone box – no kidding! More like a night club, speakeasy-style. And last of all that newspaper kiosk out on the pavement, due to be transformed into a cute little showcase for Roman craftsmanship. One need never leave the premises. 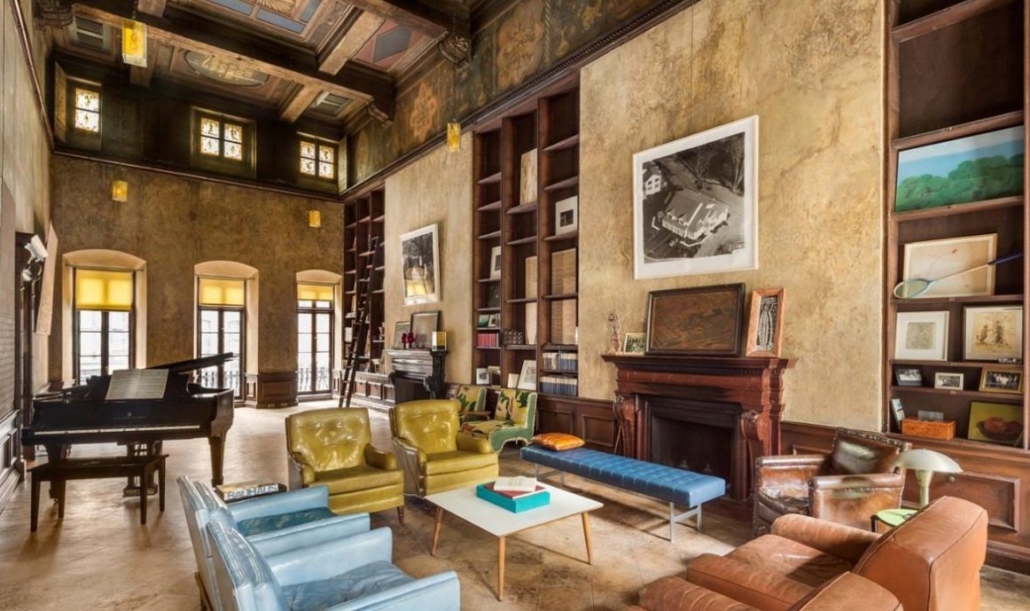 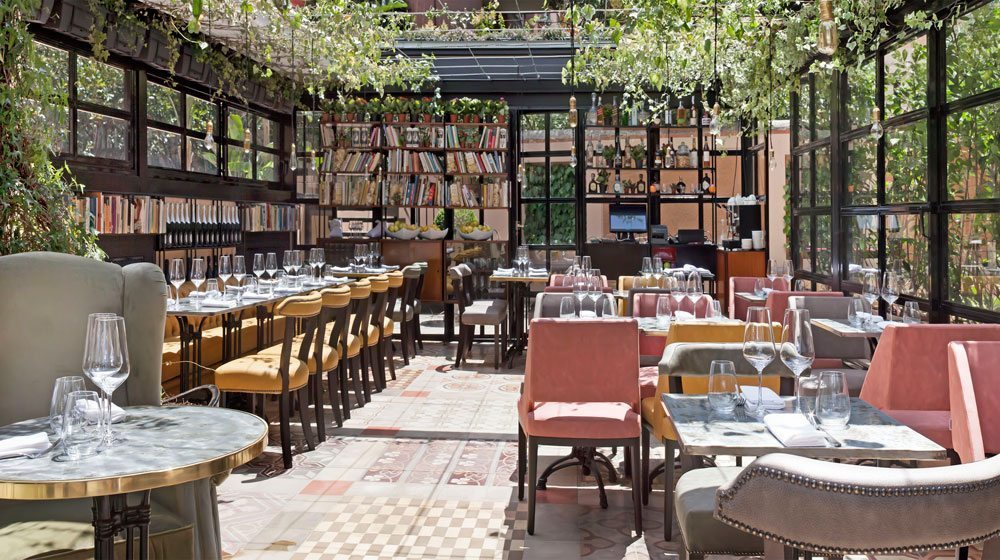 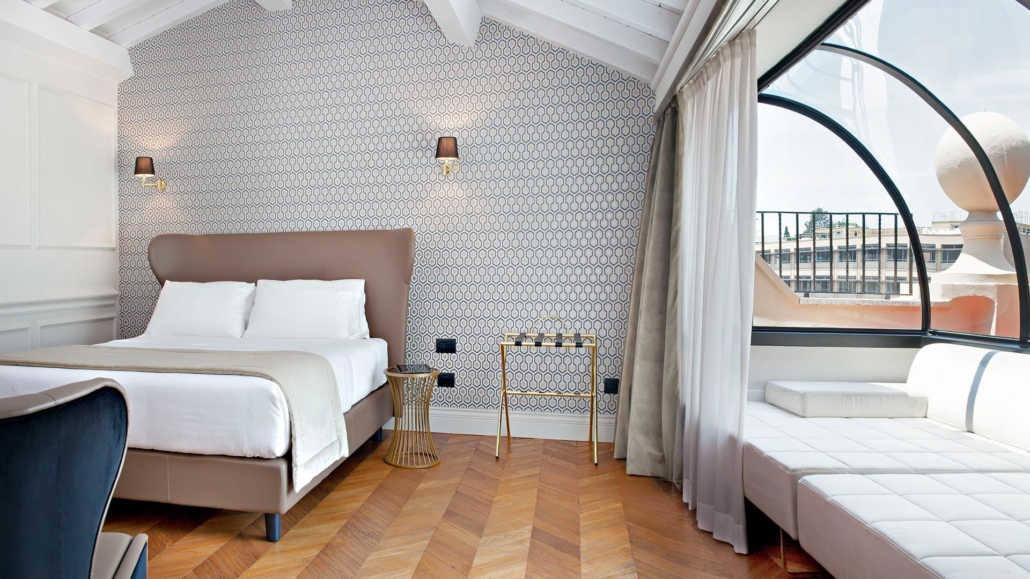